A lot of people might see a toiletry bag, or the ‘Dopp kit’ as it’s often called, as a luxury item. After all, what does it really do that a simple Ziploc can’t? And there’s truth to that. But, like a lot of leather products, utility isn’t the only value these bags offer. In this case, I think a great dopp kit shows how much a man cares about the stuff he’s traveling with, wether it be his suit or his toothbrush.

When I got the opportunity to review Toiletry Bag from Popov Leather, I knew I was in for a treat. I’ve gotten the chance to use it over a couple of weekends now and I think it’s a great item. The simple design and beautiful leather make the bag worth every penny. 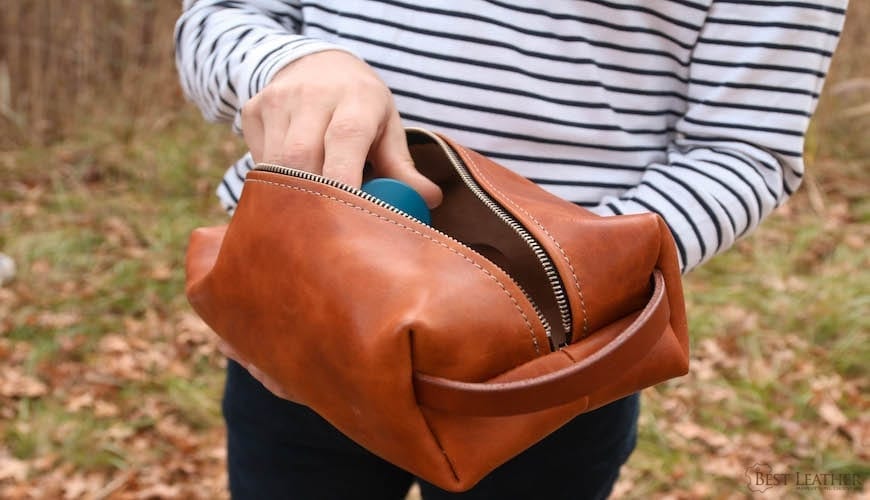 The handle is made of Bridle leather from Wickett and Craig

Before I start with the details, I think it’s worthwhile to share some brief history about these bags. The term ‘Dopp kit’ first appeared in the early 1900’s. The bags were originally produced by Charles Doppelt, a German leather maker and designer. Soon after, the US military adopted the style and produced them for soldiers, so they could quickly store and access small hygiene and personal items. After World War II, the bag started gaining popularity among the general population. Now, let’s get into the bag.

Like the other pieces I’ve seen from Popov leather, the design of the kit is pretty straightforward. As best as I can tell, the bag only uses four separate pieces of leather. The body is composed of two cuts of Chromexcel, with the edges and seams folded and sewn on the inside. There’ss a single loop sitting on one side, cut from the same leather. On the opposite side is a handle that extends along the width of the kit. As I suspected, Ryan confirmed that the handle is made of Bridle leather from Wicket and Craig, and is noticeably thicker than the rest of the bag. 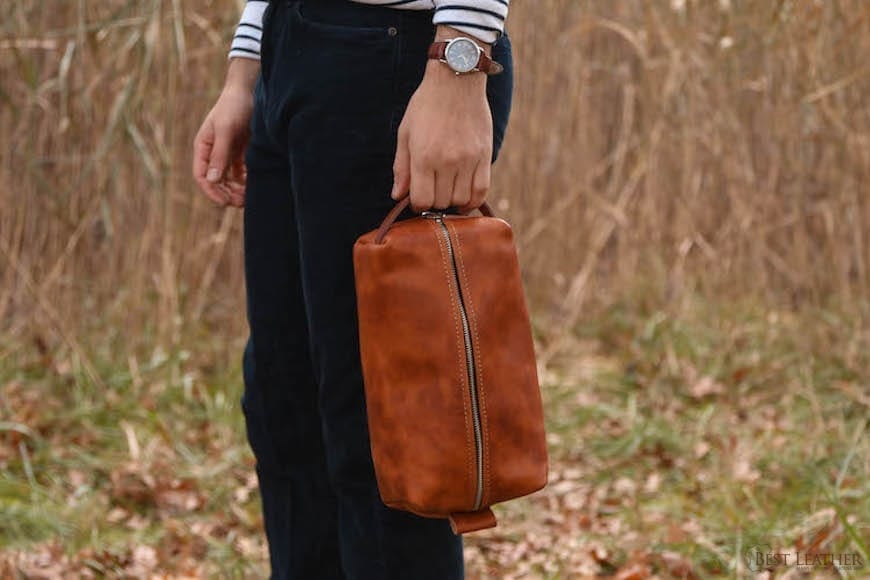 One of the most notable features of the dopp kit is that the leather has an incredibly soft temper, which I found to be convenient. It’s firm enough to hold its shape when sitting (mostly due to the folds, stitching, and zipper). But if you need to stuff it into a packed suitcase, it’ll bend and curve as needed. Overall, the bag keeps a good balance between weight and functionality.

Hopefully, the accompanying pictures are doing their job here. The color of the kit I received is called “English Tan Derby,” which is a fantastic blend of brown tones. As you can tell, the highs and lows provide the bag with some texture. The inward facing folds give the bag a clean look – the only visible stitching on the exterior runs parallel to the zipper, giving it a sleek border. 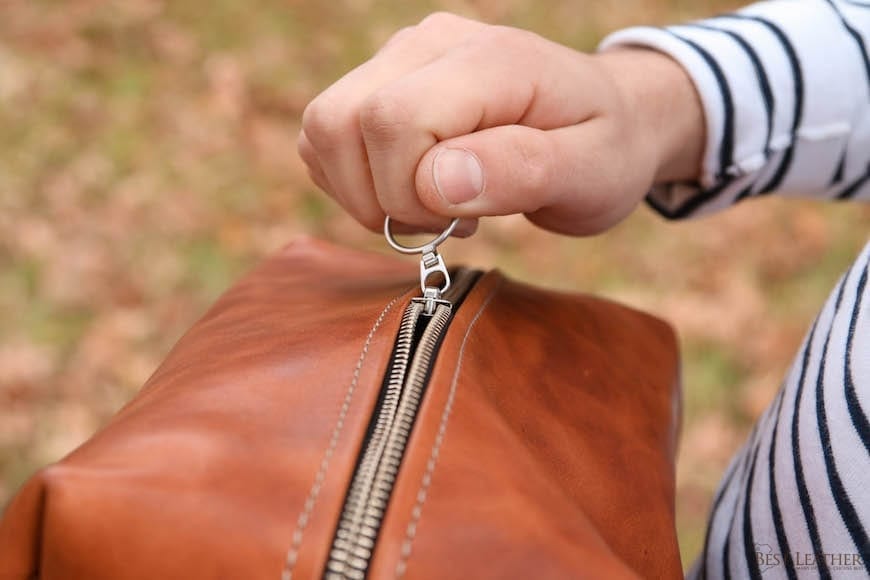 The Toiletry Bag from Popov Leather is a great buy. It has a simple design and build, and just enough character to stand out. I don’t expect everyone to go out and buy a dopp kit, but I do think anyone can appreciate it. As I mentioned earlier, keeping your most mundane items enveloped in an elegant piece of leather is a simple way to express your care and class.

Are there any dividers or pockets inside? The site doesn’t show any interior shots.

Hey Gordon! Good call about the photos, I’ll make sure to incorporate some of those in future reviews.

The dopp kit doesn’t have any dividers or pockets on the inside, just the single compartment.

Guest
how quickly does lasix work

Bactrim Without A Percription

Propecia While On Ipledge