Boots are best in the footwear department. Yes, that’s a strong statement to make…but, it’s my opinion – take it or leave it. When Thorogood Boots (also known as Weinbrenner) approached us about reviewing another popular pair of boots for them, I jumped at the chance. This time around we’re checking out their Dodgeville line.

Iconic American success stories are awesome and the story of Albert Weinbrenner, son of a German immigrant and cobbler, holds true to form. Albert began his apprenticeship at age 13 working for his father. By his early 20s, in his spare time, Albert was designing work boots specifically for the trade jobs his friends had around Milwaukee, Wisconsin. In 1892, at the age of 27, Albert started his own cobbler business with partner Joseph Pfeifer.

Weinbrenner and Pfeifer enjoyed immediate success – becoming well known for their “jobber” boot. Today Weinbrenner Shoe Company is still based in Wisconsin and employs over three hundred people in the local area.

As alluded to in the opening, this is the second pair of Thorogood Boots we’ve reviewed. The first pair, the Portage CXL Roofer Boots, were very impressive and chosen as the “Best Boot for 2014”. We’ll be issuing an update on those boots soon – but, don’t worry…they’re performing admirably and still look fantastic. 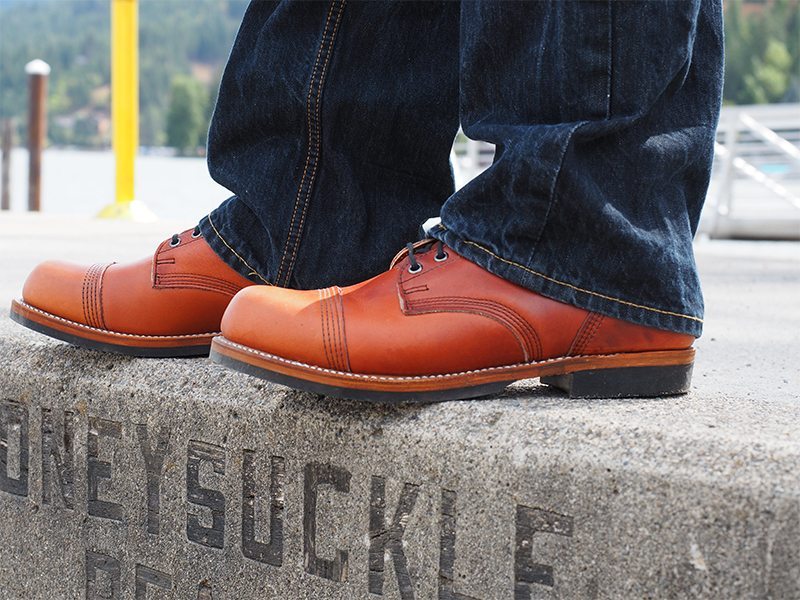 The Dodgeville Boots are part of Thorogood’s 1892 Collection, which was introduced as a throwback to some of the original work boots designed for the hardworking outdoorsmen of turn-of-the-century Wisconsin. The line reintroduces the beloved No. 60 last, which has become an icon in men’s footwear.

Each boot from the 1892 Collection is made with Horween’s Chromexcel Leather, constructed with a goodyear welt and nitrile cork sole. Each series is inspired by a different “jobber”: farmers, roofers, trappers, and more. The Dodgeville line is inspired by the Wisconsin miners who needed the toughest boots around to stake their claim and make their fortune.

The outsole is padded with a leather and a partial Vibram lug. This makes the shoes quite comfortable for long-term wear and ensures a good long life. The Goodyear welt construction also means that this boot can be resoled and repaired for years to come. 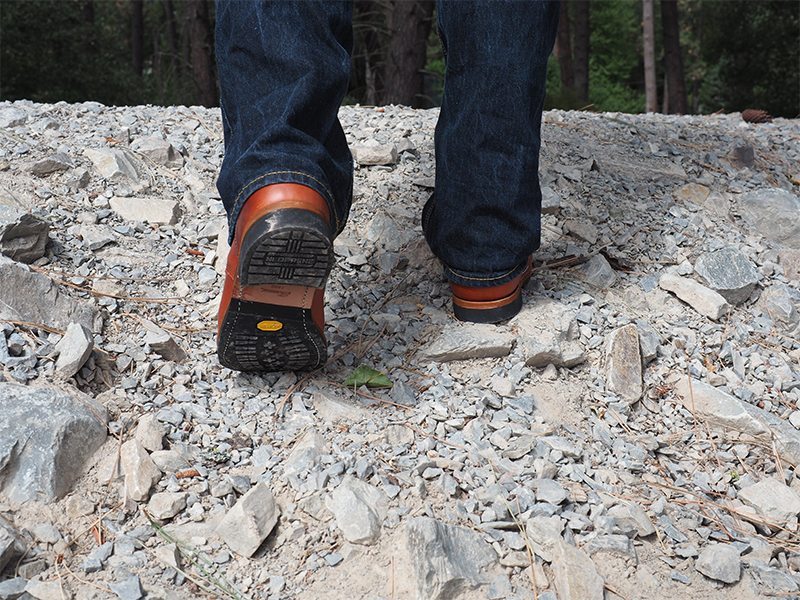 As with the Portage CXL Roofer, the Dodgeville Boots require a noticeable break in period. As my friend Richard Martens – International Sales Manager for Weinbrenner cautioned in the past, “you earn the right to wear a pair of Weinbrenner’s” and it’s a completely true statement. But, don’t be dismayed or turned off by that statement. The process is well worth the reward. Be prepared when you purchase these boots. Initially you won’t wear them for very long. Take your time…increase wear time from day to day. And then, “the day” will occur – it’s the day when you notice that your Dodgeville boots feel fantastic on your feet. In fact, you will probably go about your day’s work and kind of forget about them (until someone comments or asks about them) and then you’ll realize that your break in period is complete. From that point forward, the Dodgeville Boots will easily be regarded as your ‘go to’ footwear of choice. 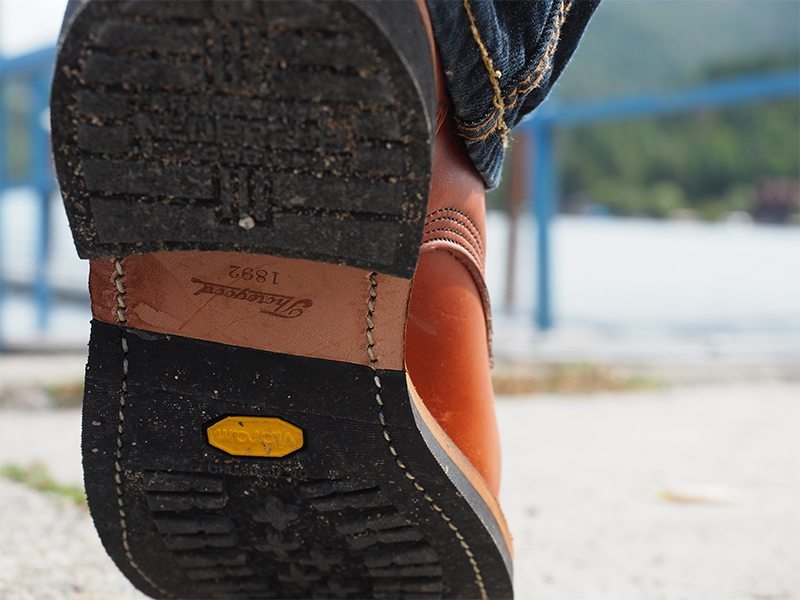 The subtle cap toe design really sets the Dodgeville apart and makes it a very unique looking boot. All of the 1982 Collection uses the classic No. 60 last, which is a very iconic silhouette in men’s footwear. 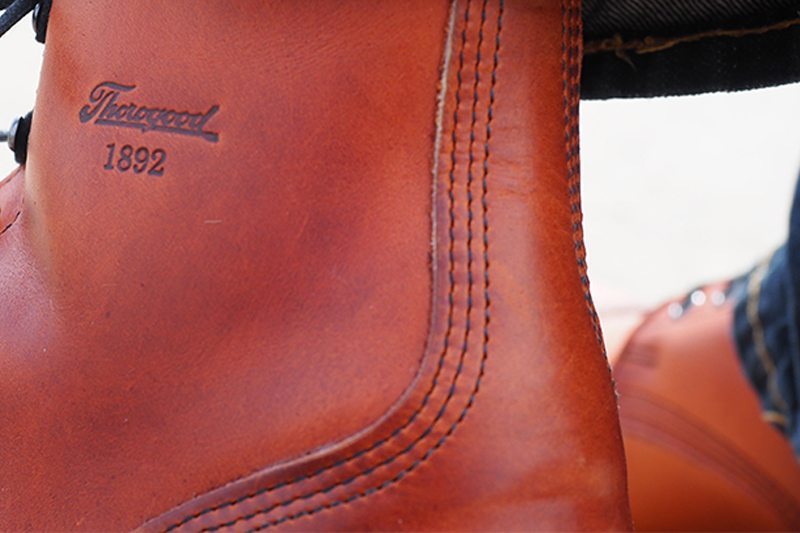 The Dodgevilles come in three classic colors: Black, Brown, and Cognac, all versatile and attractive colors. I’ve found that my cognac pair is a quite flexible and timeless color, with brass colored eyelets that give it a great vintage look. Each boot color comes with matching flat waxed laces. Not only does the style catch people’s eye, but they always comment appreciatively on the color too. 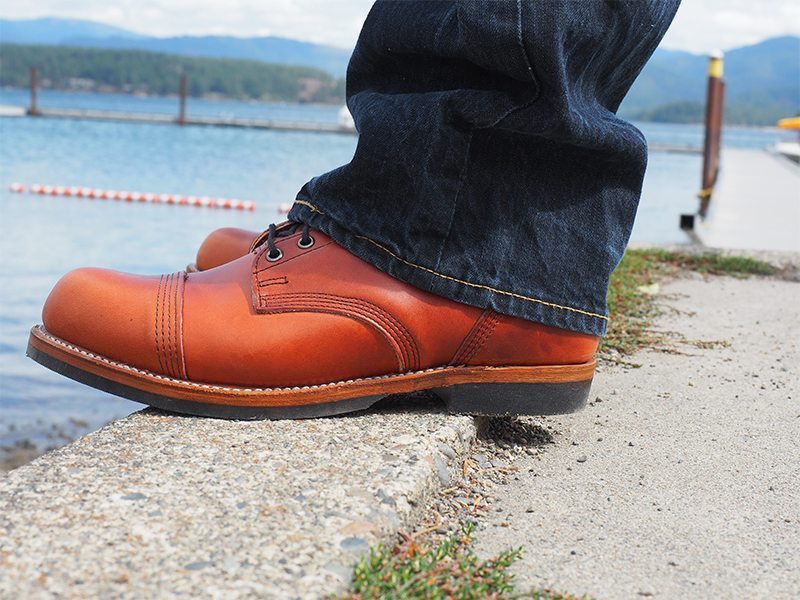 Weinbrenner’s Thorogood Dodgeville Boots will truly last you a lifetime. With each component made and assembled in the United States, you know you are getting tip-top quality when you purchase a pair of Thorogood Boots. The Thorogood name has been trusted and respected by hardworking men and women since 1892, and their time-tested techniques result in a sturdy, attractive product that is well worth the price tag. The only issue you’ll have is choosing which color to purchase… 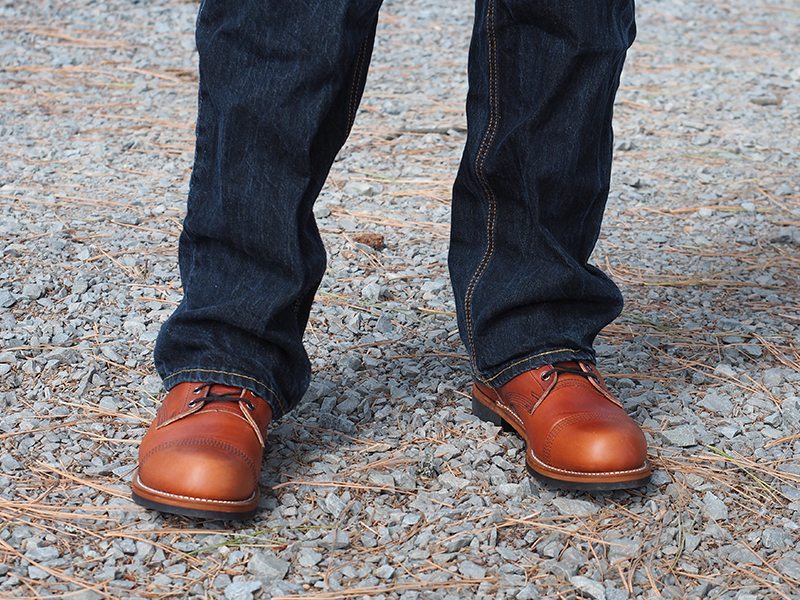 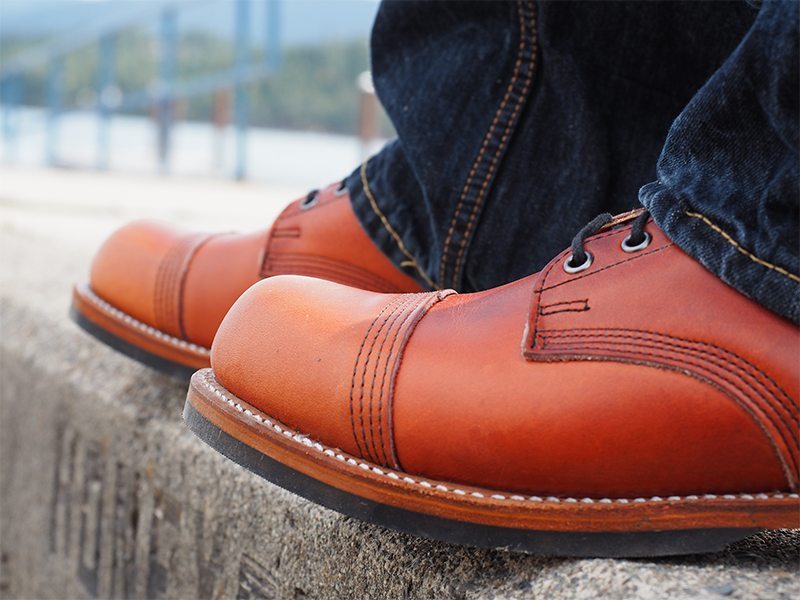 I’ve worn Thoroughgood boots for years working in construction and I currently have three pair that I rotate depending on the weather or how my feet feel, the roofer is by far my favorite. In the article you were talking about the break-in period but there is a much faster and less painful way. On any new boot of mine I buy a bottle of rubbing alcohol, soak the boot down completely and then wear it until it’s dry. This breaks it in within a day. I’m not sure how it works but it does and it doesn’t damage the… Read more »

i just go a pair of Thorogood Trail Crazyhorse boots. they have the waxy/oily film on them and feel almost like nubuk leather but i dont think they are as because the nap is not as long. my question is, should i use oil or wax on them? which one is better?

Oil on the Crazy Horse works best. However, they will darken quite a bit and lighten again in a few days. Loves these boots! My most comfortable ones yet and easily beat out my Red a Wing (twice the price) Iron Rangers for wearability.

The “waxy sheen” is called spew. Don’t wipe it off. Use a hair dryer to get the leather to soak those oils back up. Here’s a video from the manufacturer.

I just purchased a pair of these boots. Unlike the reviewer, however, I didn’t have any break-in period. I wore mine for five hours straight out of the box. I only took them off because I’m not in the habit of wearing boots around the house, especially when I’ve been walking around in the snow and salt!
I put some polish on them and got a nice shine.

The problem I see with these is that the sole does not appear to be recessed to house the stitching. I worry that these will fall apart very quickly due to that.

Hey there! I realize I’m quite late to the conversation, however I’ve been on the search for these boots for a while trying to find them for sale anywhere. Thus I came across this page. As I glanced at your second picture, I couldn’t help but notice that you are standing at honeysuckle beach in Hayden, Idaho! I live in CDA. Very cool. I too am a leather and boot enthusiast and if you ever want to get together, hit me up! And if you happen to wear a size 9 and are tired of seeing these boots in your… Read more »