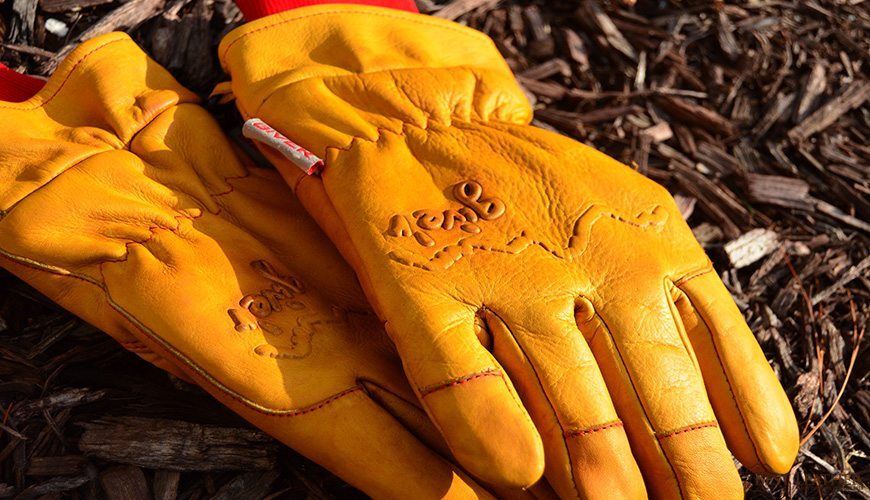 For 15% off your next order from Give-r, use promo code “bestleather” at checkout!

I grew up in sunny California. So when I drove across country last January I packed up the car, threw on a hoodie and hit the pedal. It wasn’t until my first stop in Elko Nevada that I realized the blunder of my ignorance. At every pit stop for 3,000 miles my hands froze as I fueled up. Every morning as I set out I painfully scraped ice off the windshield with socks over my hands. It was during this time that I made an oath to the mighty interstate gods that I would find a good pair of gloves. After I completed the trip I started searching, and came across the Give’r Classic and 4 Season Gloves. 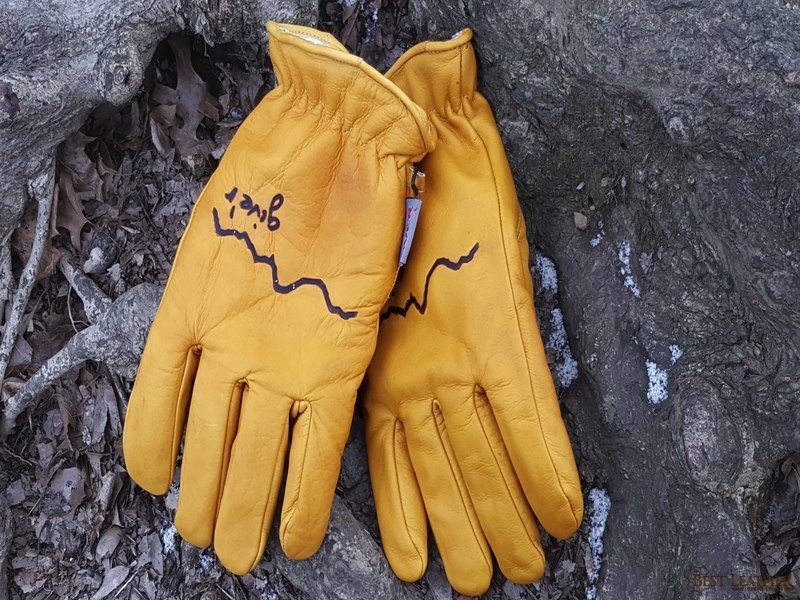 Before we get into the guts of these gloves I want to give a little background on the company behind these dextrous deities. Give’r has been around since 2011 and is based in Jackson Wyoming. The phrase Give’r is from Killarney in Ontario where the founders were inspired by the philosophy of giving it all you got which is definitely evident in the construction.

Give’r tells us The leather undergoes a natural water tanning process, and is dyed using top quality tanning chemicals which are internationally approved. The gloves themselves are made in Pakinstan. The Wax coating, initial branding, Give’r logo branding and final touches are all taken care of in Jackson, WY. For the wax treatment of the Classic and 4-Season Gloves, Give’r uses a natural beeswax provided by Sno-Seal.  This treatment is responsible for the weatherproofing on the Classic Gloves.  For the 4-Season Gloves, this optional treatment serves as a surface barrier to the elements though the gloves are 100% waterproof without the treatment due to the waterproof membrane.  The wax coating on the 4-Season Gloves helps to protect against decay or drying of the leather, and ensures a long lifespan for the user.

The 4 Season’s leather is 10-15% thicker and has added reinforcements in critical stress areas.  Both gloves has elastic around the wrists to provide a secure fit but the 4 Seasons goes a step further with an extended knit wrist cuff. Insulation on the classics is a laminated microfleece 30 gram insulation and we have 40 gm Thinsulate Insulation lining. The Classic weigh approximately  5.8oz and the 4 Seasons, 8.6oz.

I’ve only had the Give’r gloves a few weeks, but they’ve already grown on me in the same manner as a trusted tool. When taking evening walks, I’ll usually reach for the classics. I like that I can wear my watch with an unimpeded view. It’s been a hovering around 25 degrees and my old fleece gloves were ok I thought, until I started using the classics and realized what’d been missing. The lining isn’t too thick which is good as I have sweaty palms and I can wear these across a wide spectrum of temperatures. Anything above 60 though and I’d probably want unlined gloves.

My only real issue was the fit along the fingers. Using the fit guide I measured across my palm and that corresponded to a size large. While the across hand fit is good, I have over an inch gap on my pinky finger and thumb.  Interestingly, the 4 Seasons don’t do this and fit much better. I believe the 4 Seasons inner liner and added insulation enabled the better fit. 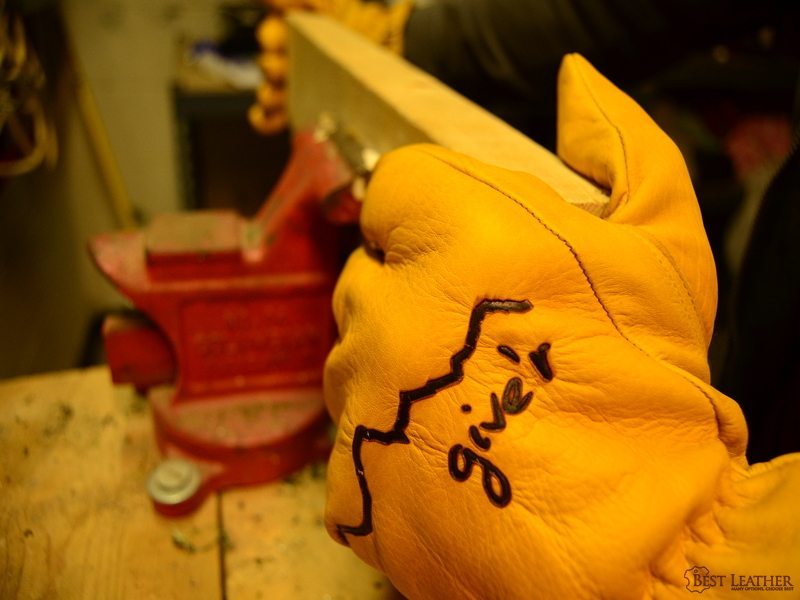 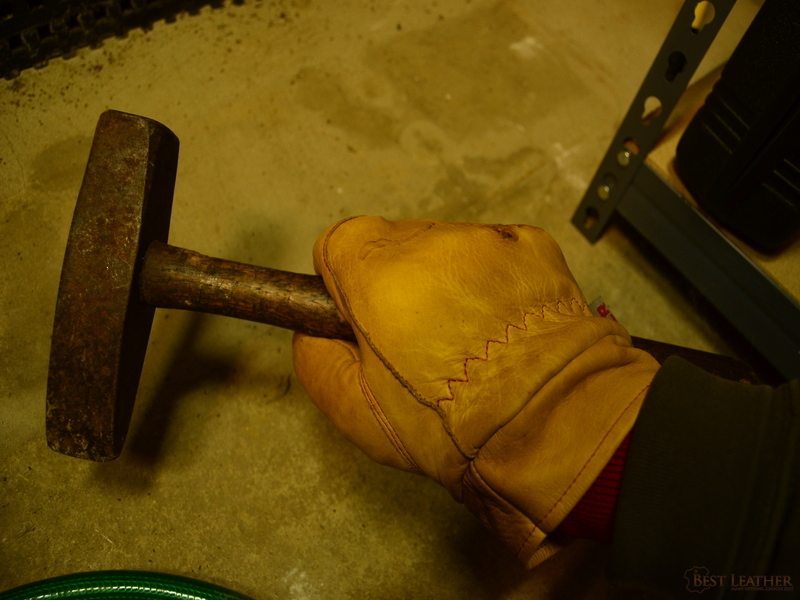 When you’re facing extreme conditions, the 4 Seasons are a solid option. Just slip them on and you’ve got leather gauntlets capable of serious manual mayhem. Seriously, there’s a video of the gloves being grilled on a bbq pit and even being dipped into boiling water while worn! Shoveling snow becomes almost enjoyable in these babies and in a pinch you can shovel snow with just them  on. I can see these being ideal for cold weather blue collar workers or those spending prolonged time in the elements. The ribbed elastic cuff seals out cold air and the waterproof lining means you can do just about anything in them.

Aside from the elastic cuffs, both gloves are very similar visually. The 4 Seasons wax treatment gives them a slightly darker, more lustrous tone. We also see red contrast stitching on the 4 Seasons with a wonderful embossed logos. The Classic’s have a hand branded logo and silhouette of the Grand Tetons.

Now before you conjure up grand illusions of flagging your French waiter over wearing some Give’rs while eating at a 4 star restaurant take note these are first and foremost work gloves; meant to create and takedown, to wrangle and contend. They do however look great, the simple efficient designs will gain the approval of no nonsense customers. Keep up on waxing them periodically and they’ll wear in beautifully. 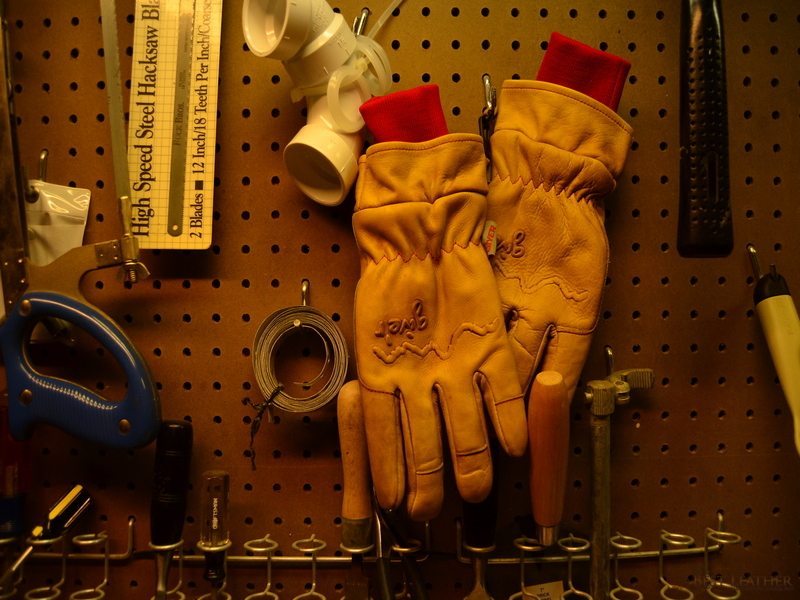 Give’r definitely lived up to their name with the construction of the Classics and 4 Seasons Gloves. The quality is noticeably superior to a pairs you’d find at big box stores. The 4 Seasons also cost quadruple the price in most cases. However, I see great value when you consider that the 4 Seasons can effectively replace your work gloves, winter gloves and ski gloves. All in all, I’d definitely recommend Give’r gloves and feel confident that they’ll hold up when I need them most. 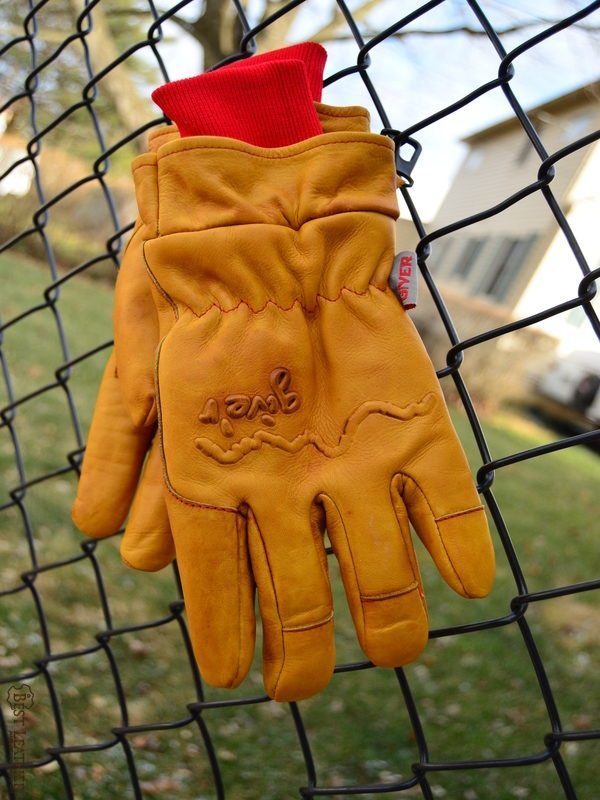 Hello! These gloves are an exchange due to their intentionally off-sizing guide. The gloves do not match. It’s beyond handmade irregularities, which these gloves are not handmade. They’re factory-made in Pakistan. 1 glove is light color & has a big generic thumb. The other glove is dark & has a tapered fitted thumb. Obvious a different pattern. They are unwearable. The giver is aware of the problem as they have many complaints. Not only are they aware, but deny it. There’s a pic of Bubba showing a pair of gloves saying Look at these thumbs I don’t know what people… Read more »