The story of Thorogood Boots starts with Albert Weinbrenner, the son of a German immigrant and cobbler. Albert began his apprenticeship at age 13 working for his father. By his early 20s, in his spare time, Albert was designing work boots specifically for the working men of Milwaukee, Wisconsin. In 1892, at the age of 27, Albert started his own cobbler business with partner Joseph Pfeifer.

Weinbrenner and Pfeifer quickly became known for their “jobber” boot. Today Weinbrenner Shoe Company is still based in Wisconsin and employs over three hundred people in the local area. Many of the boots they produce are sold under the Thorogood brand. Today we will be checking out the Tomahawk Boots in Loden Green. 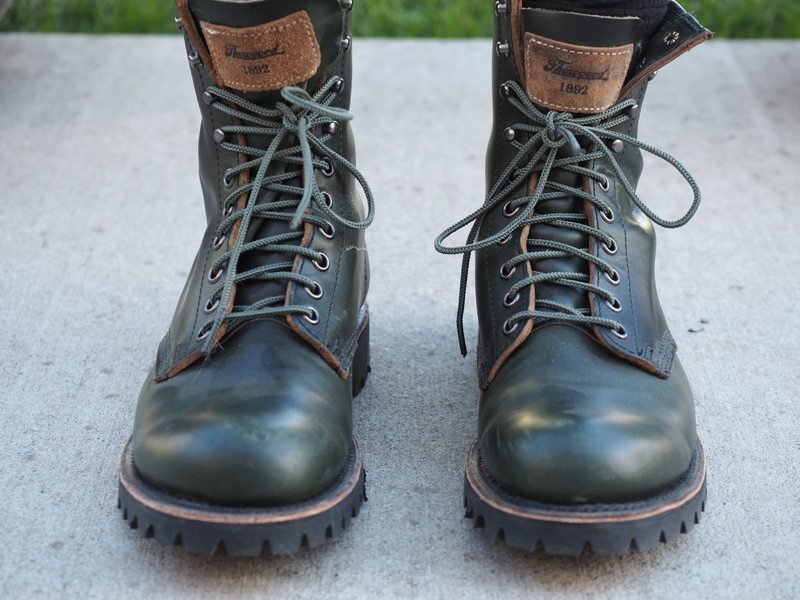 ABOUT THE 1892 WISCONSIN COLLECTION

Thorogood has become a staple in the workwear industry, but several years ago they debuted their 1892 Wisconsin Collection aimed for the casual wearer who wants the durability of a work boot.

The Tomahawk Boots were debuted in mid-2016 as part of this 1892 Collection, which was introduced as a throwback to some of the original work boots designed for the hardworking outdoorsmen of turn-of-the-century Wisconsin. 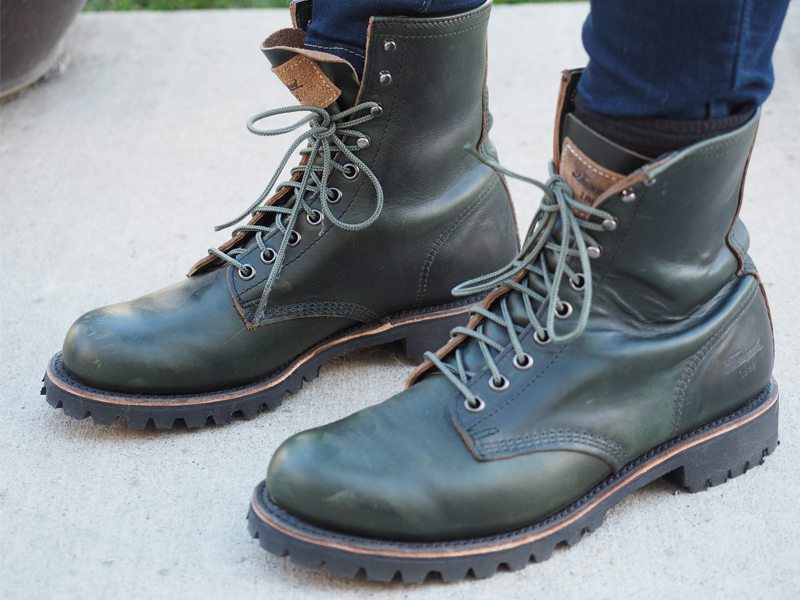 The Tomahawk uppers are built with Horween’s Chromexcel leather in their Loden green color. This is a beautiful pull-up leather that still allows you to see some of the natural textures of the leather. (You can read a bit more about Chromexcel leather in our interview with Horween here.) Because CXL leather has a high oil and wax content, it scuffs and scratches easily. These marks are easily buffed out if you prefer, but I love the patina that Chromexcel gains with age.

The boots are Goodyear welted onto a Vibram sole. They have a very long lace bed and come up well above the ankles, tapering upward. I occasionally fold the tops down depending on what I’m wearing, and usually stop lacing them at the second peg. 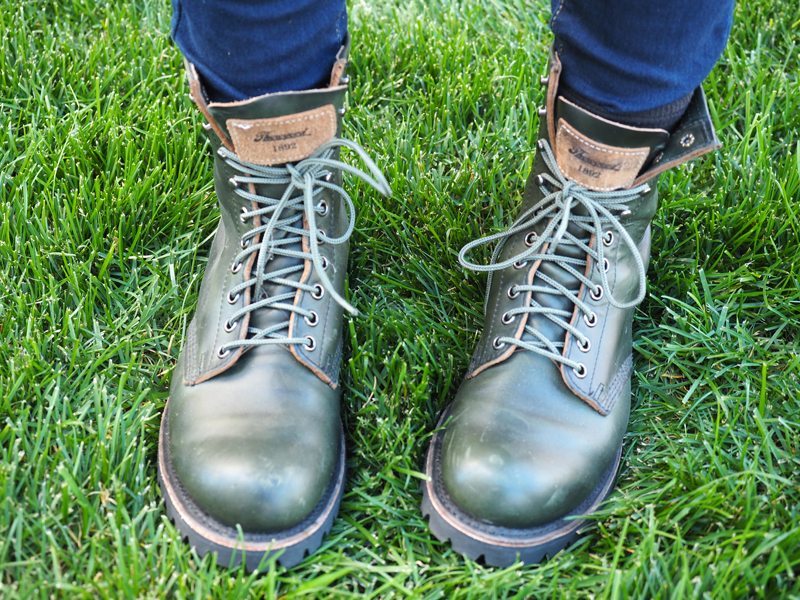 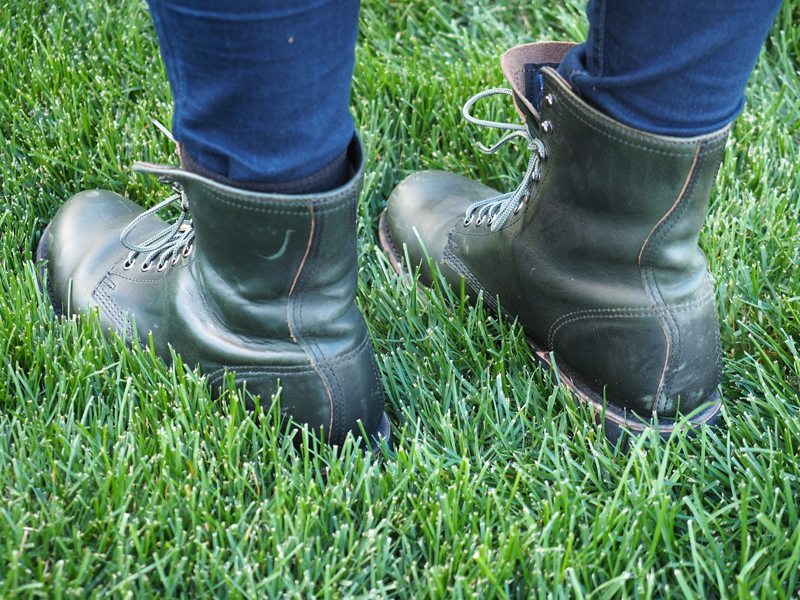 The Tomahawk boots are considerably simpler than the rest of the boots in the 1892 Wisconsin Collection. They have a plain toe and the only embellishments are the double and triple stitching on the panels of the upper. The boots are unlined and thus show some undyed leather along the seams of the quarter and the counter. There’s a rectangular tag on the tongue that matches this color, which adds to the vintage look of the boots.

The Tomahawks are made on a men’s #60 last and have a thick rubber sole. However, their simpler design lends itself well to a crossover boot as Thorogood does not make any casual boots on a women’s last. There are sizes available from 5-14, so it’s likely that a female wearer could find the right size. They do run a little on the larger side; I would say about half a size big. I usually wear a size 9.5-10 and got the size 9, which fits well even with thick socks. 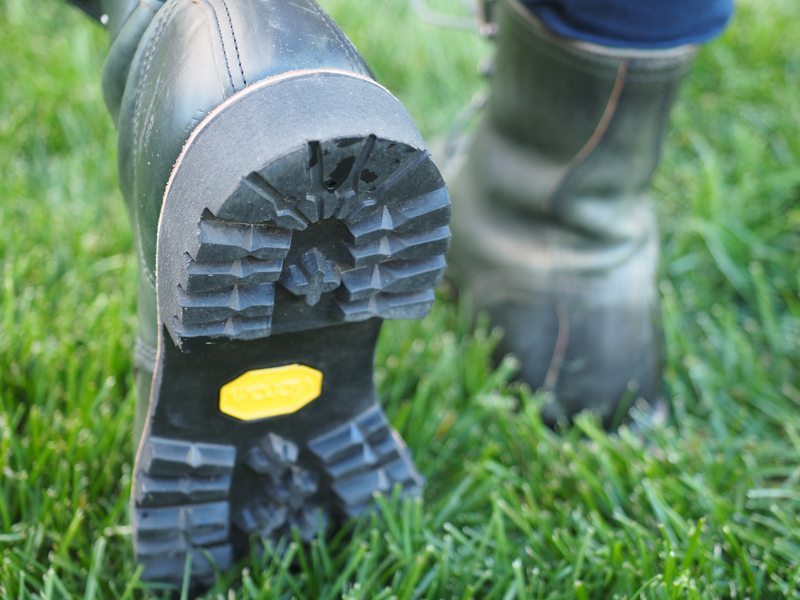 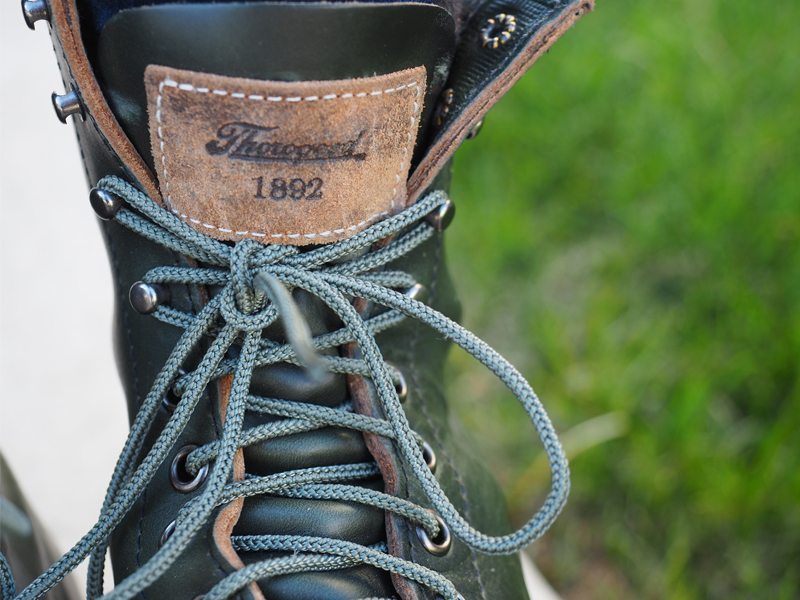 These boots definitely take some time to break in, as the thick, unlined leather needs some time to soften and form to your foot. I started out by wearing them for an hour or two around the house, and slowly worked my way up to a full day’s wear. Don’t expect to immediately wear them out for a whole day, or the back of your foot will regret it!

The Thorogood 1892 Tomahawk Boots are an excellent choice for both men and women, especially if you’re looking for something a little different than the usual brown boot. They’re American-made with some of the best leather around, and very reasonably priced at $284. These are boots that will last you a decade or more and are easily repairable. Check them out on the Thorogood website or purchase them online.

Guest
how much does cialis cost

Guest
viagra or levitra which is better

how often to take cialis