I have to admit; I am very much a wallet aficionado. I’ve owned nearly all styles of wallets, and constantly rotate a few of my favorites. Though I do tend to carry minimal cards, I appreciate wallets having the space to accommodate minimalists and traditional users alike.  Every time I see an innovative design, I’ve got an itch to take a closer look. Michael Bluth of Offene Meer Leather Company crafted the Gun Deck Wallet which scratches the itch for this review. 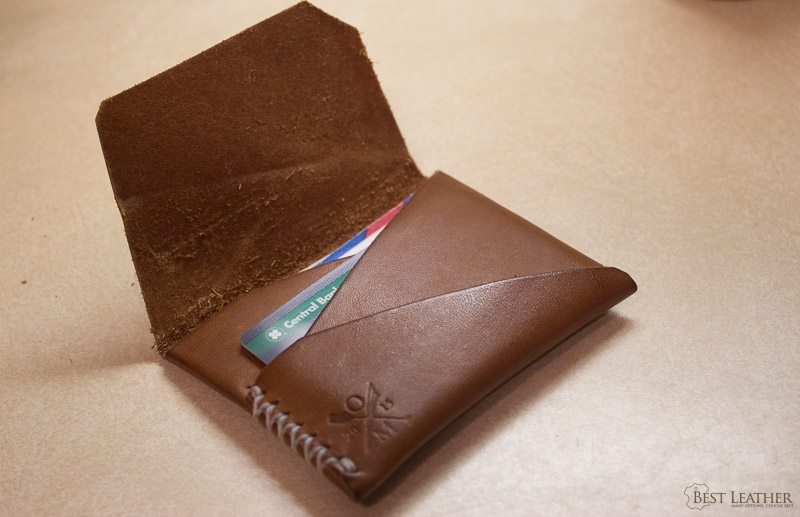 Just in case you’re curious like me, Offene Meer is a German phrase which translates to “open sea.” Michael Bluth is an active duty Navy sailor, and has taken on bespoke leather craft making goods in Monterrey, California since 2015. Aside from wallets, he has also taken a dive into other goods such as shoes, belts, and bags. When I asked Michael about the name behind the Gun Deck Wallet, he related the term “Gun Decking” to Navy qualifications having a quick and easy, though tongue-in-cheek option some sailors may take. It also signifies the asymmetry of the wallet, with sharp cutting of the corners leading to pleasing aesthetics. Lastly, he says, and I agree, that the name purely sounds cool. 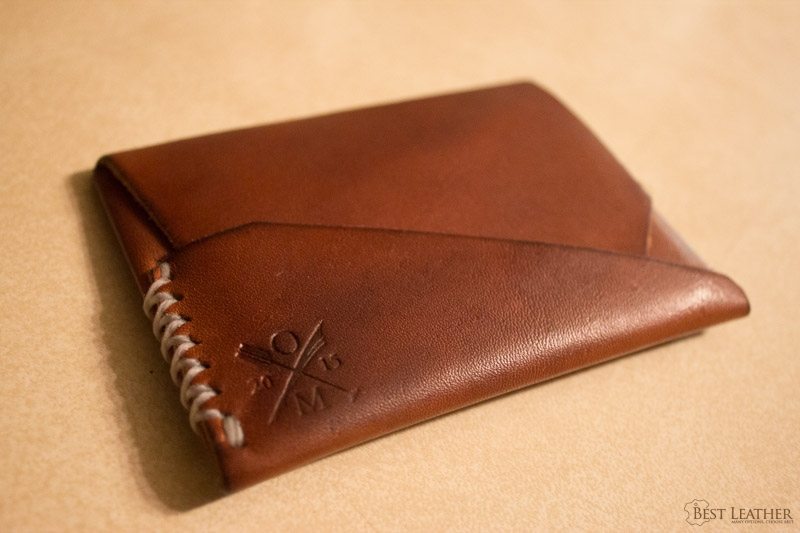 My particular wallet is crafted from a single piece of full grain, vegetable tanned bridle leather. Initially, I was shocked by the thin cut in leather. It is thin – but not in a cheap or poor quality sense. It is more than thick enough to withstand the abuse a wallet will take, and I actually think it would be a complaint if the leather was thicker due to its folded construction. Being made from one piece of leather, it resembles a document folio, hand stitched on the left edge with waxed white thread. The wallet is also offered with various thread color options and multiple shades of hand-dyed vegetable tanned leather as well as Horween Chromexcel and Dublin. There is also a stitch-less variant, which looks and functions equally as pleasing while allowing cash to be stored on the outside of the wallet. 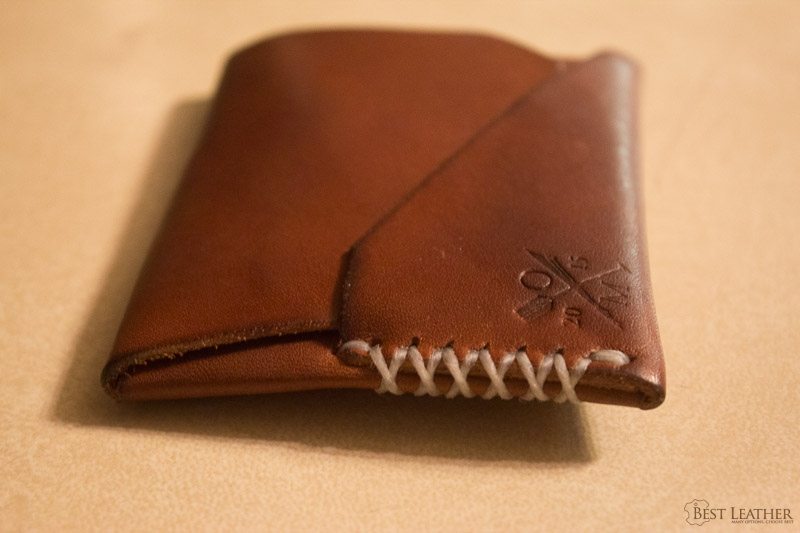 In a market filled with various snap, card, and thin wallets, the Gun Deck does make a nice improvement in design. Built to accommodate around 10 cards and folded cash, it can be slim with less cards and not overly bulky if stuffed. The closing flap easily folds in behind the logo, and over my use it has not slipped out nor do I think I will have issues with such slipping. The primary features I enjoy in the Gun Deck are that it can handle bills folded once, and also has a card slot for cards you use most often. In mine, I keep a bank card and driver’s license. In contrast with wallets that only offer one undivided space, this is nice for quick access for cards you frequently use. I immediately felt relief in the checkout lines at Walmart quickly grabbing my debit card or using cash at the gas stations; no more fiddling hands trying to twice fold cash into a minimalist wallet. The wallet fits euros and US bills folded in half easily, and can be requested bespoke to accommodate British notes. 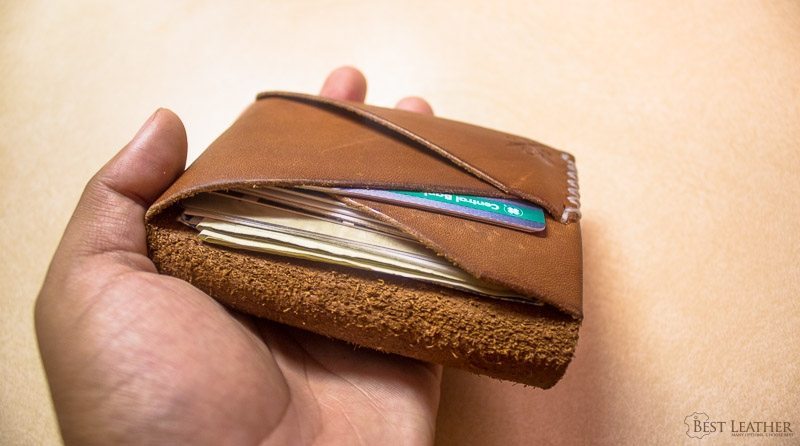 In terms of the interior finish, I have seen smoother finished pieces of leather. The suede fibers show up mainly near the fold crease, and sparingly through the interior. This is not so much as a negative as it gives the wallet a slightly rugged or edgy look, and it does not compromise the construction. I have belts with a similar finishing that have lasted years. The exterior is very smooth, feeling good in the hands, and well prepped to take on patina. The logo is nicely finished and does not take a commanding presence in terms of overall aesthetics. The wallet weighs in at about 35 grams empty; comparatively, three full grain bifolds I have weighed in at an average of 78 grams each. The thinness of the leather definitely is a weight saver. 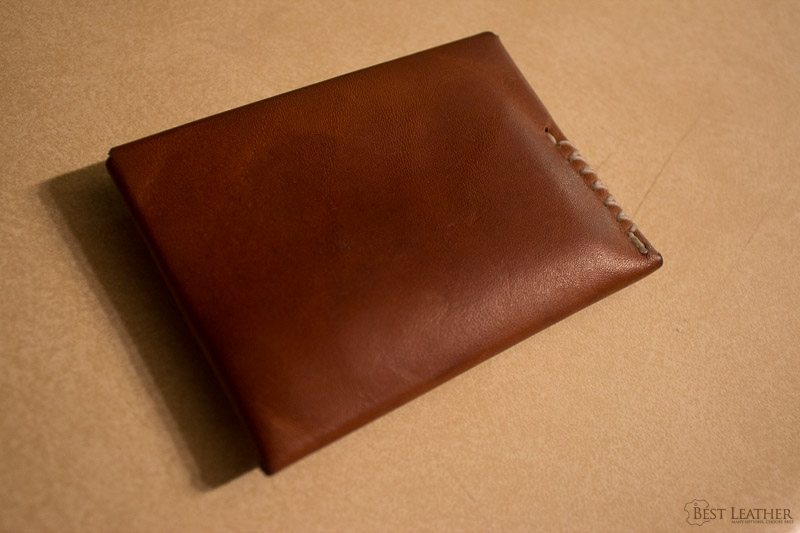 Overall, I am very pleased with the design, durability, and function of the Offene Meer Leather Company Gun Deck Wallet. The wallet speaks for the people looking to transition from classic bifold or trifold wallets into minimalism and alternative designs. At $45.00 I would say the price is certainly reasonable. Equipped with a lifetime warranty, I don’t think I’ll ever have to activate it. I actually may look into purchasing another to consolidate my grandfather’s nearly exploding bifold into something more manageable. This one is breaking in nicely and I look forward to potentially providing a long-term update as it darkens and softens up. You can check out Offene Meer Leather Company via the website, etsy store, or through his instagram account which may announce special releases such as shell cordovan wallets. 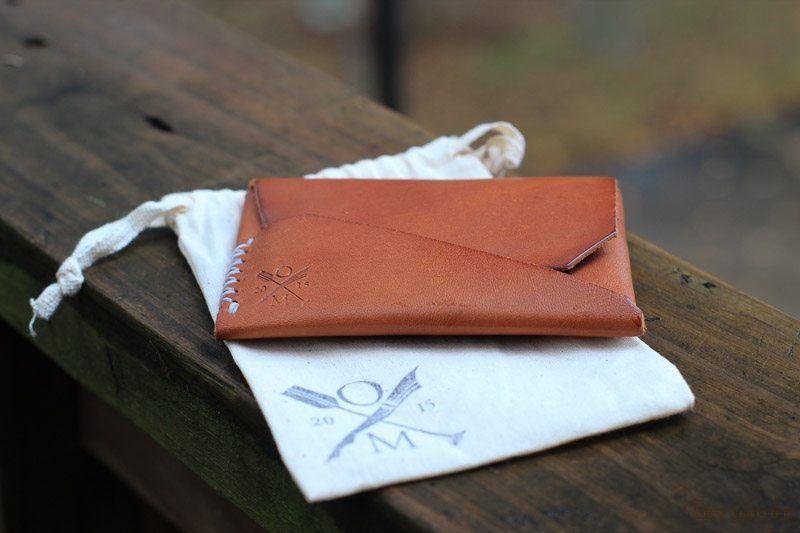 Como se llamo esto i am from SPAIN