I honestly think that some of the nicest people in the world are somehow involved in the world of leather. It seems that statement is confirmed every time I get a chance to speak with someone within this industry. Norman Cahn is definitely one of those folks that I’m talking about. Every single conversation I’ve had with him has been a great experience. 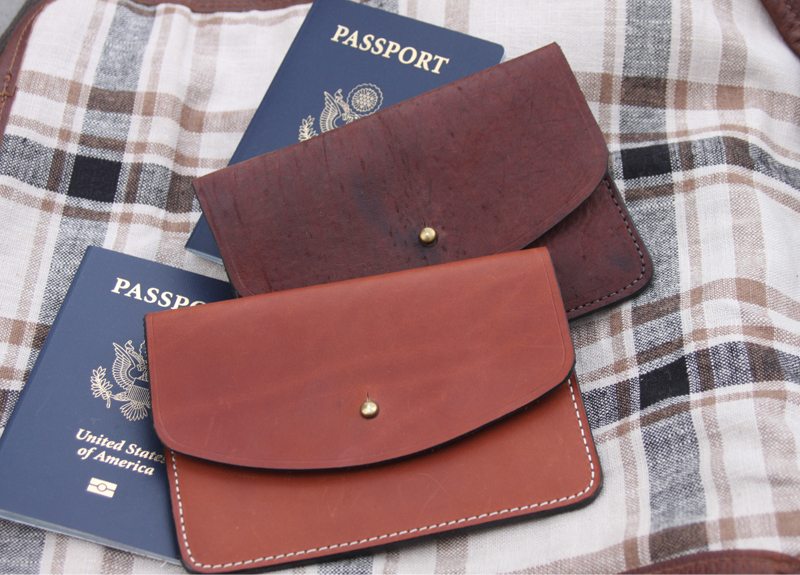 Norman, “Norm”, started designing leather products in 1976. He’s self-taught and an amazing, perfectionist of a craftsman. Norm lives in New Jersey and operates his design studio there. His Etsy store is full of beautiful representations of his desire to create expertly made, beautiful, functional, long wearing leather goods. After some discussion on the phone, on Facebook, and via email, we settled upon reviewing two examples of Norman Cahn Leatherworks Passport Cases. 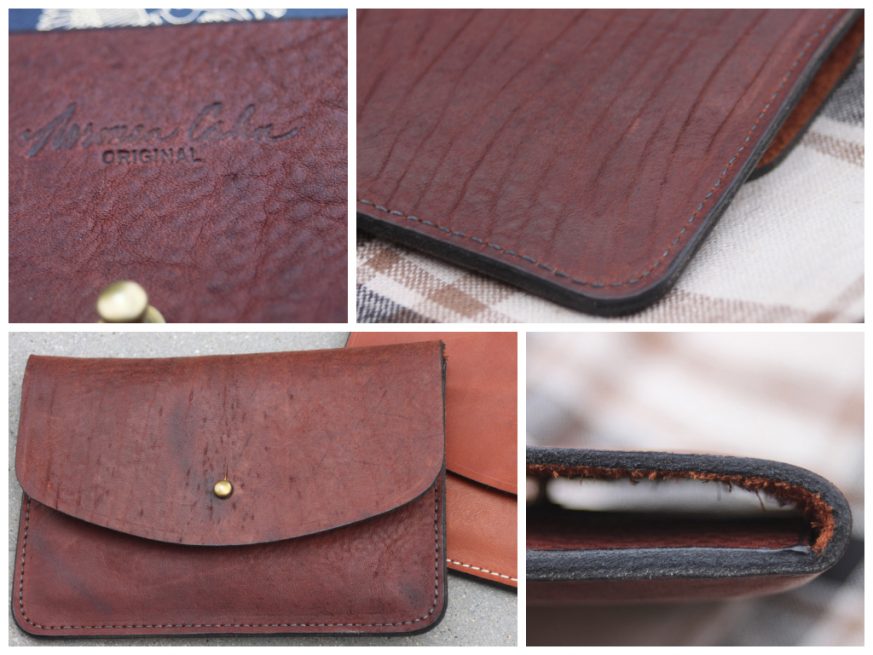 As already stated, Norm is a very talented craftsman. Both of the passport cases I received are impeccable examples of expert leatherwork.

One case features 5oz. medium brown cowhide and champagne colored, bonded nylon thread. It features a brass stud closure. The other passport case is made from a more rustic, distressed, dark brown 5oz. cowhide, features the same solid brass stud closure, and the same type of thread in a darker, nicely contrasting color. The stitching is impeccable. The edges are polished and finished off perfectly. 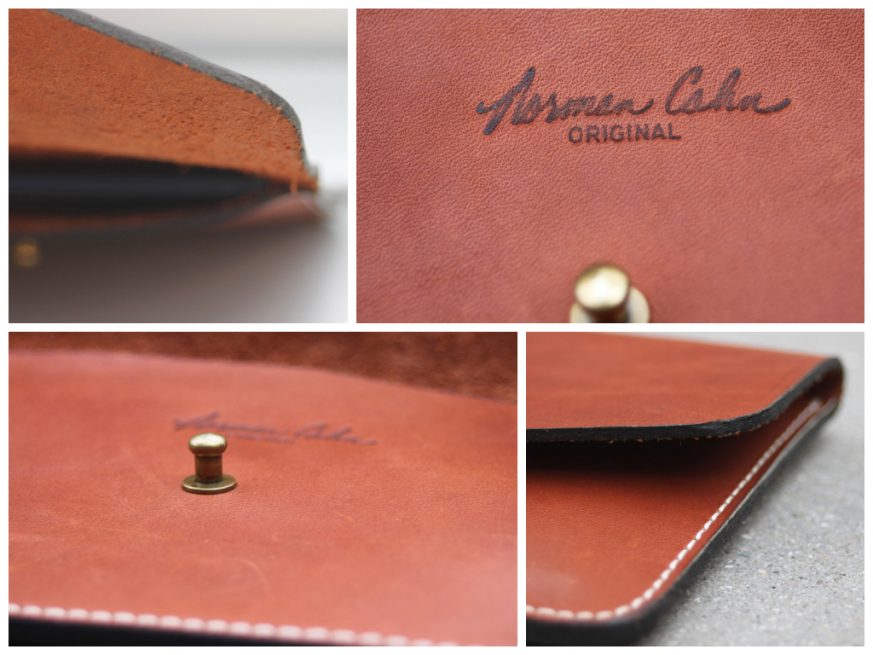 These passport cases are amazing to look at and more amazing to feel and use. The stud closures are ideal…making it easy to get into and close securely.

I’ve used one (the rustic, distressed version) on a recent flight to California. Instead of just using my driver’s license for ID, I decided to use my passport and carry it in my new case (yes, I claimed the rustic version for myself). I used it and just as expected, it performed its purpose without issue. 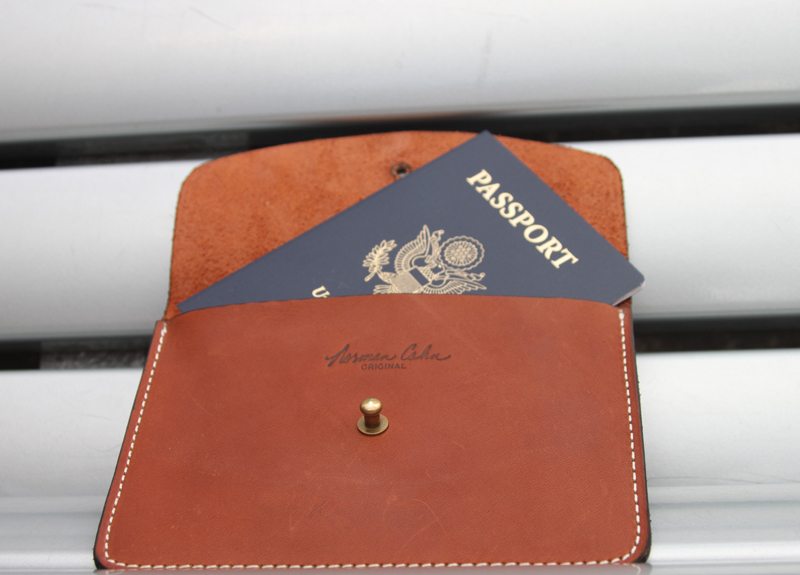 Look at both of them…they’re gorgeous. Attention to detail in selection of components and the construction of both pieces is fantastic. Even while presenting my passport to the classically stoic TSA security officer, he remarked about the passport case…expressing his approval of it.

With living close to the Canadian border and having two international trips coming up in 2015 (Bolivia and hopefully, Rwanda) my wife and I look forward to every opportunity to carry our Norman Cahn Leatherworks Passport Cases. 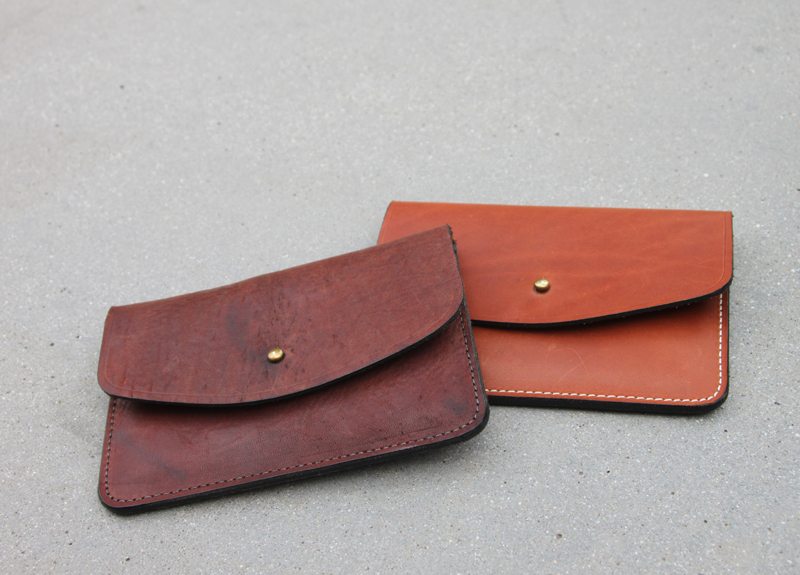 The Norman Cahn Leatherworks Passport Cases are an excellent purchase…for you and for anyone who may travel internationally. Skip the nylon cases or other mass-produced cases. At $33.99 each, you are getting handcrafted, made in the USA, leather cases that will assuredly last a lifetime and keep getting better looking as they age. Visit Norm’s Etsy store and check out all of the different varieties of Passport Cases he has to offer. In fact, Norm has a premium version of his passport cases available for just a few bucks more ($47.99 each). The premium version features the same beautiful design and construction, but also has two card slots built in that will easily and handily store your license, credit/debit card, business cards, earbuds, etc. And, be sure to look at the awesome bags, electronic cases, and other products he creates.