Growing up is funny. Some of the things I used to tease my parents and grandparents about are things I now love. Penny loafers and driving moccasins are two of those things. I’m not sure if it’s because I grew up and realized how comfortable they are, or if it’s because they’re back in fashion and not relegated to “old people shoes.” Probably both. Now, with my newfound love of loafers and drivers, I present to you the Johnston & Murphy Maggie Penny. 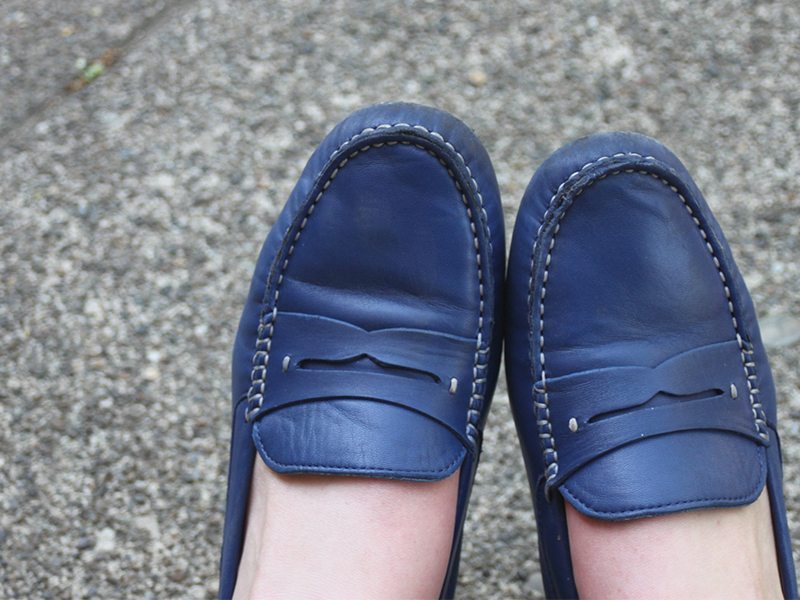 Johnston & Murphy has a rich history. The company began in 1850 as the William J. Dudley Shoe Company in Newark, New Jersey. By 1886, business partners and friends James Johnston and William A. Murphy ran the company for decades before relocating to Nashville, Tennessee, where the company still manufactures several shoe lines today. Self-described as a modern tastemaker, Johnston and Murphy have had the honor of outfitting numerous U.S. Presidents with their footwear. From Abraham Lincoln to Teddy Roosevelt to Barack Obama, their shoes have been a favorite of some pretty important people. Their website has a pretty interesting infographic that details a few of our presidents’ favorite footwear. 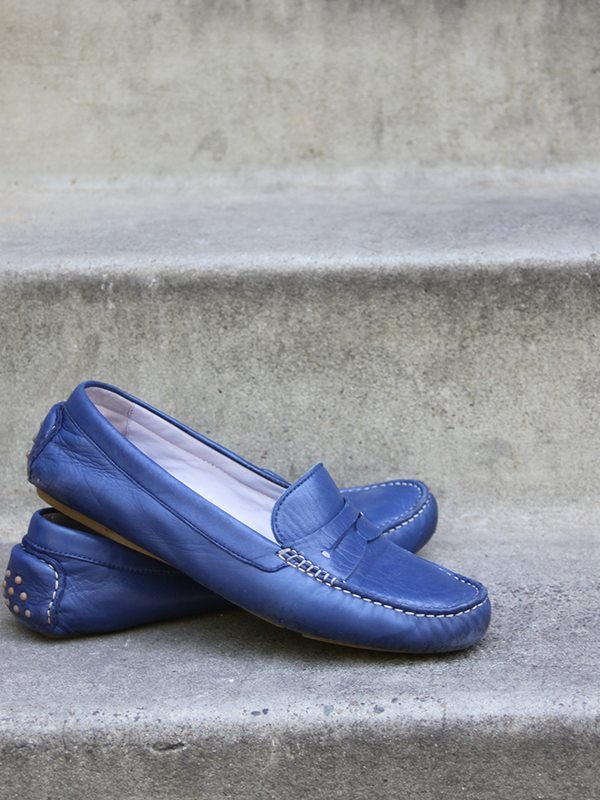 No longer are Johnston & Murphy’s shoes solely for male feet. In 2008, the company launched an impressive line of women’s shoes, clothes, and accessories. We’ll be taking a look at a few different styles over the next few months, starting with the classic Maggie Penny. 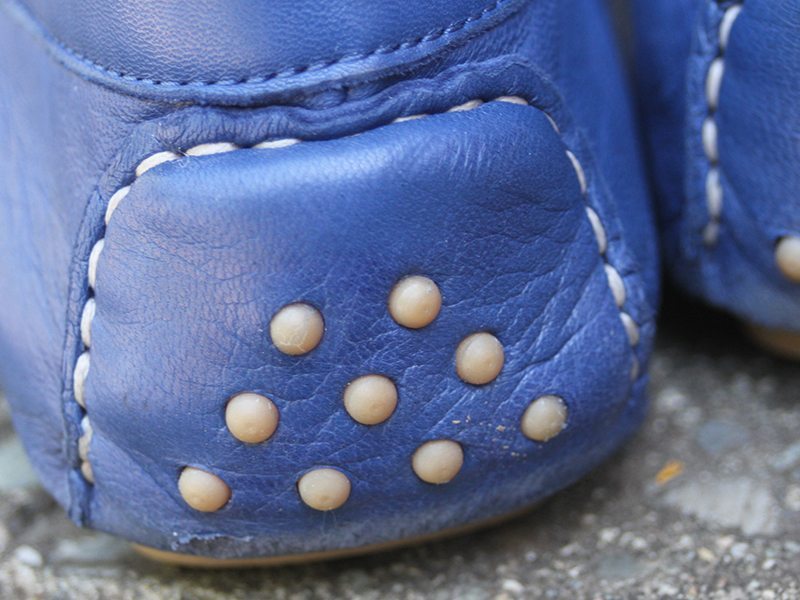 HISTORY OF THE DRIVER

The driving moccasin, or driver, originated in Italy in the 1960s to keep feet as comfortable as possible while zipping around in Italian automobiles. The nubs on the sole and heel were for added grip while switching between the gas, brake, and clutch. The shoes became a bit of a status symbol, worn mostly by men who could afford special shoes for their fancy cars. They eventually moved out of the car and into everyday life, becoming a staple in preppy casual wear, keeping the rubber nubs. While I don’t do too much racing in my 2001 Dodge Durango, it’s still fun to have those little details as a reminder of the shoe’s history. 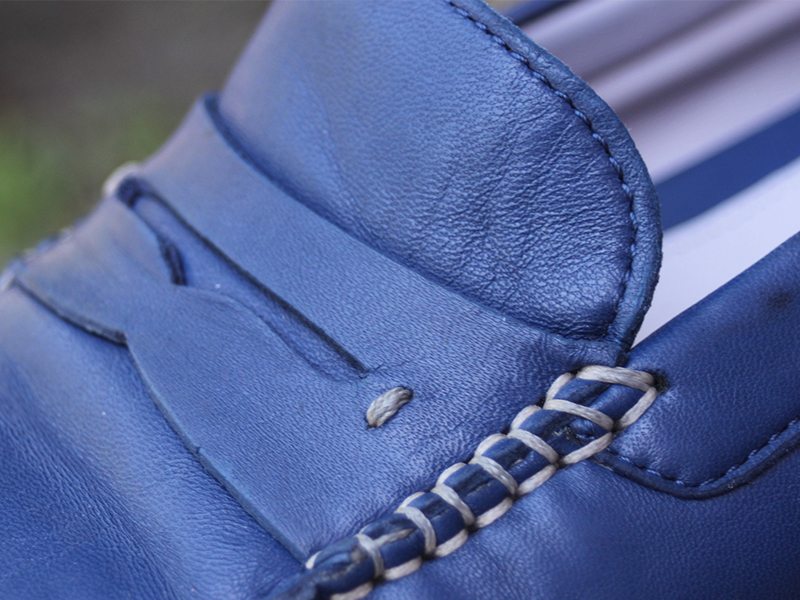 The Johnston & Murphy Maggie Penny is crafted from thin, glove-soft nubuck, constructed on a rubber driver sole and features hand-stitching around the vamp and back seam. It’s not a true moccasin construction, but the upper wraps around to give a convincing illusion. The insole is thickly cushioned and lined with smooth sheepskin. The shoe itself is extremely flexible and incredibly comfortable. The shoes slide right on and the sheepskin lining and buttery nubuck remain comfortable for all-day wear. 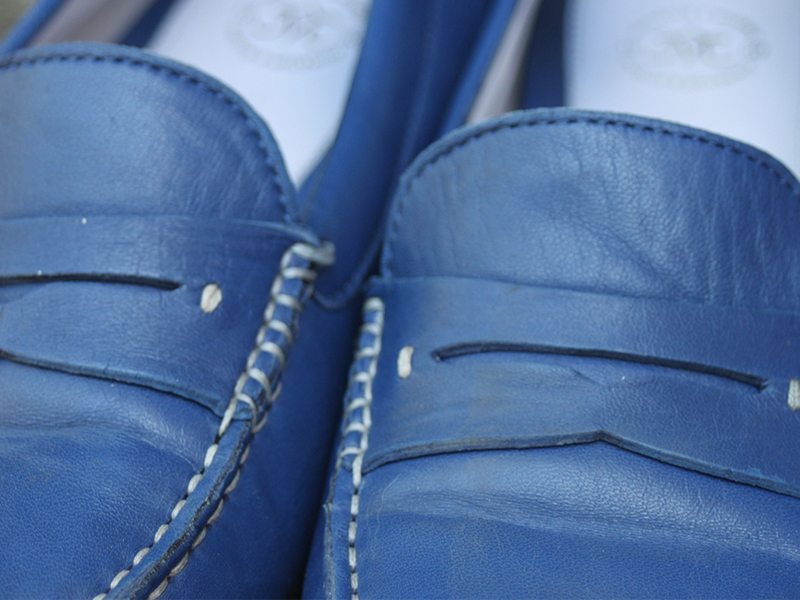 The Maggie Penny is a classic driver, with a timeless look and feel. Their low profile and lack of a penny loafer style heel keeps them casual, comfy, and easy to wear. The blue color I have is bright and fun, perking up outfits that would be boring with regular flats. The shoe comes in black and brown, of course, but it also comes in some funky, eye-catching colors like Kiwi (a neon green), Cardinal Red, and Dahlia Pink. They also have some two-toned pastel versions that are on sale on their website for $129, so check those out while they’re still up. 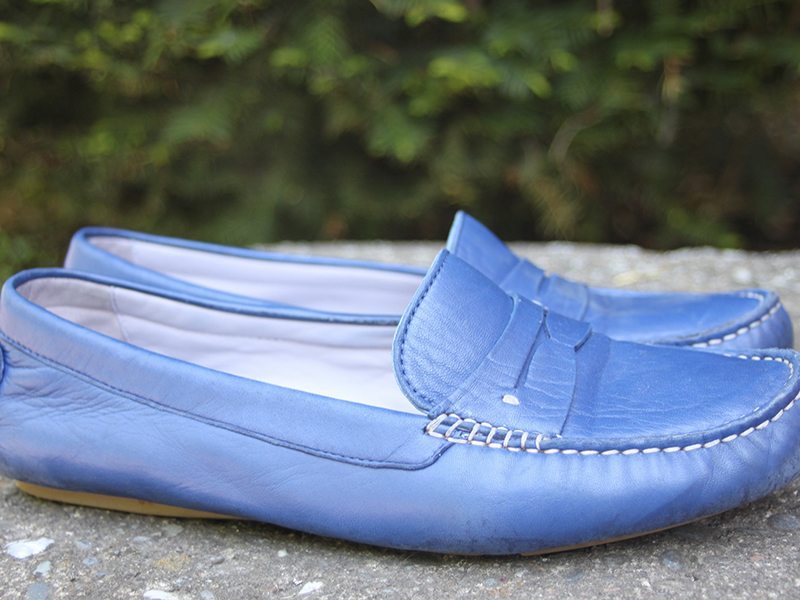 The Johnston & Murphy Maggie Penny is a great choice if you’re looking for a comfortable shoe that you can wear casually or at the office. $168 is a fair price for such soft leather, quality construction, and unique color. If you use them reasonably and don’t take them hiking or stomping around in the mud, you will get quite a few years out of these shoes. They aren’t going to fall apart or wear through. They’re the perfect shoe for a casual meeting, a coffee date, or even a joyride in your 1963 Ferrari.