A dopp kit is a small bag made for carrying a razor, toothbrush, toothpaste, clippers, scissors, deodorant, and other toiletry and grooming essentials.  It can be made from leather, canvas, vinyl, cloth, or other similar material.  The name “dopp” was unfamiliar to me prior to my interest in fine leatherworking. The name derived from Charles Doppelt, who immigrated to the United States from Germany and set up a leatherworking shop in Chicago in the early twentieth century.  He introduced a small bag meant to carry toiletries, and had printed the word “dopp” on each of these bags. 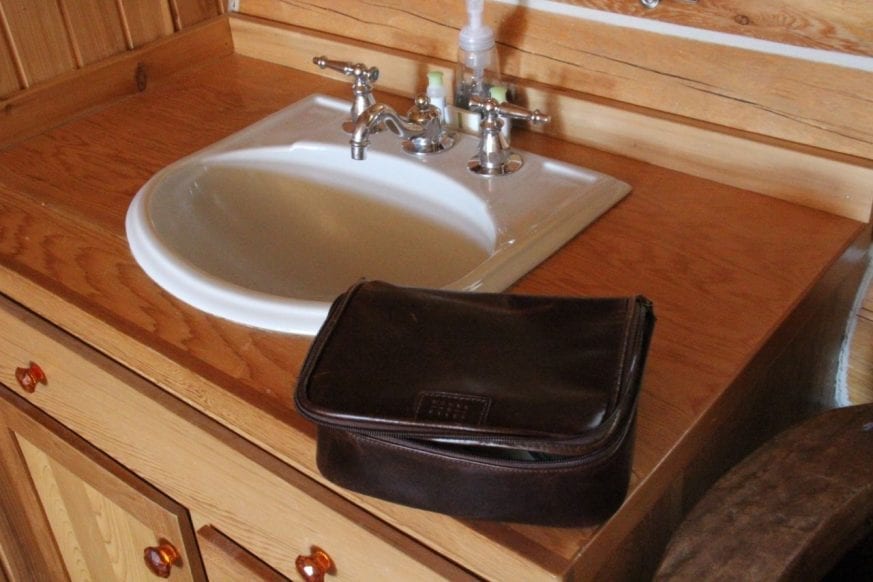 Dopp kits became popular among Chicagoans, but when the United States Army adopted these bags for World War Two and had one made for each enlisted soldier, they became nationally known and recognized.  After the Second World War, it became popular to purchase a dopp kit for a young man as a symbol of reaching adulthood, and those bags were often passed down from father to son, a testament to excellent craftsmanship and tradition.

Moore & Giles of Forest, Virginia, makes a dopp kit that can be handed down from generation to generation.  The Moore & Giles Company has been producing fine leather since 1933.  Their principal product to this day is finely tanned leather made for a number of industries, including the high-end hospitality industry and the commercial and residential interior design markets, among others.  Producing other fine leather goods such as dopp kits, rucksacks, and messenger bags became a natural extension of fine leather tanning.  BestLeather has had the opportunity of reviewing one of these fine leather goods, their Donald Dopp Kit. 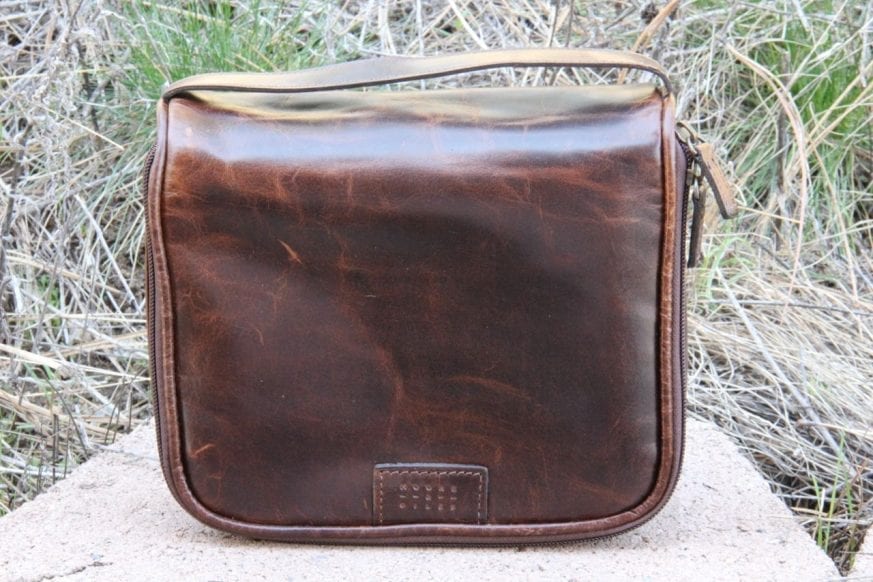 Moore & Giles Donald Dopp Kit is made with their Brompton line of leather.  This is leather that has been vegetable tanned and drum dyed a deep dark brown, then finished with hot waxes that highlight the leather’s natural grain.  The result is a beautiful, antique look with a fair amount of sheen.  This antique look is a very nice feature and lends a sophisticated air to the bag. 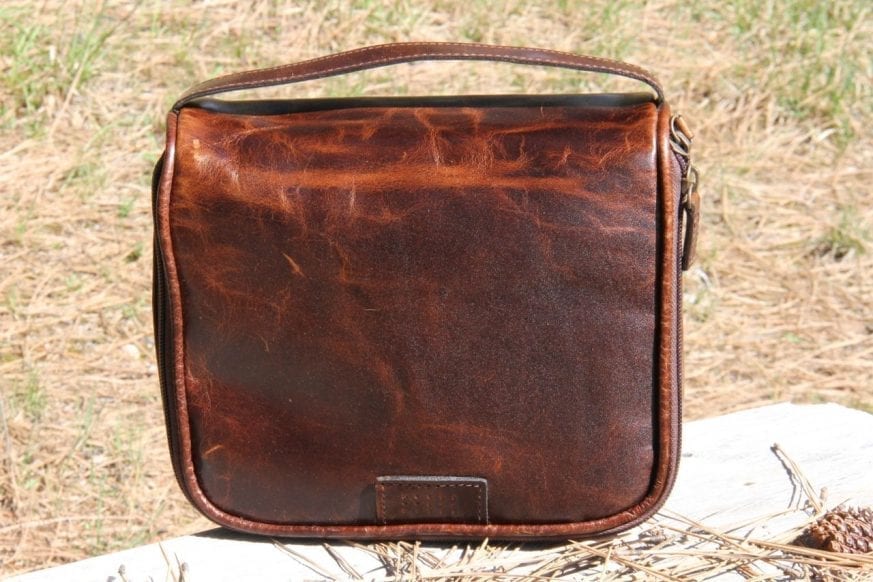 The leather is 1.0 to 1.2 MM thick, which equates to approximately 2 1/2 to 3 ounces thick.  It is not boot thick leather, but I do not think that is necessary for a dopp kit which is meant to be carried within another bag.  The leather feels fairly thin, but it is robust at the same time.  It is fairly rigid, especially for a thinner leather, which is common with vegetable tanned leather.  As a result, the bag keeps its shape well, without any internal structural support.

One of the first things that caught my attention when I opened the Donald Dopp Kit was the space the bag had.  Most Dopp Kits are tall and narrow.  The result is a bag that can be more difficult to dig through and find what you need on a trip, especially if the dopp kit is full.  The Donald does not have this problem because the bag is wide open; there is ample space for all of your toiletries.  On a recent trip I was even able to get my long sonicare toothbrush in without collapsing it.  The bag measures nine inches tall by eight inches wide by three and a half inches tall. 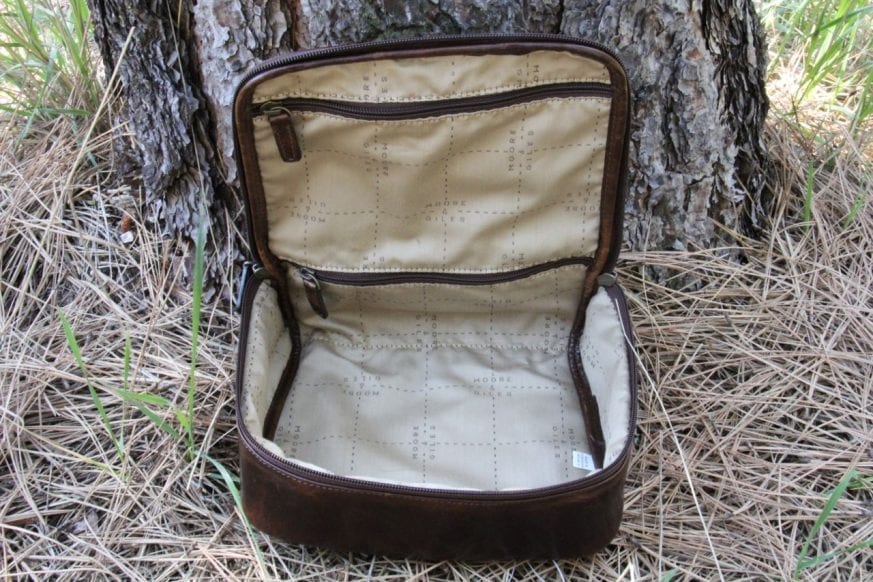 The inside of the bag is made with an Italian, waterproof jacquard so that you can clean out any spills with ease.  Moore & Giles also went the extra mile and treated their size 92 polyester thread so that it too was water repellent.  The leather is similarly finished in a way that water is naturally repelled.  The result is a product that will not mildew or easily stain, and that is a snap to clean out. 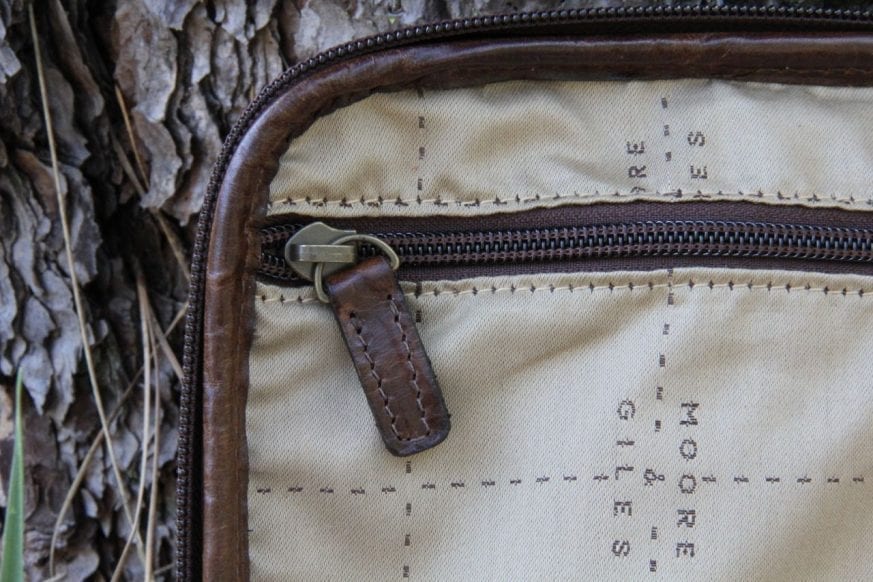 The Donald Dopp Kit is made from just two pieces of leather.  The first piece travels from the bottom of the bag up the back to the top flap.  The second piece wraps from the side around the back to the other side.  Using as few pieces of leather as possible to construct a bag is a good sign, and means that the bag is designed to last.  In general, the fewer the seams the better, as the seam of a bag is the weakest link. 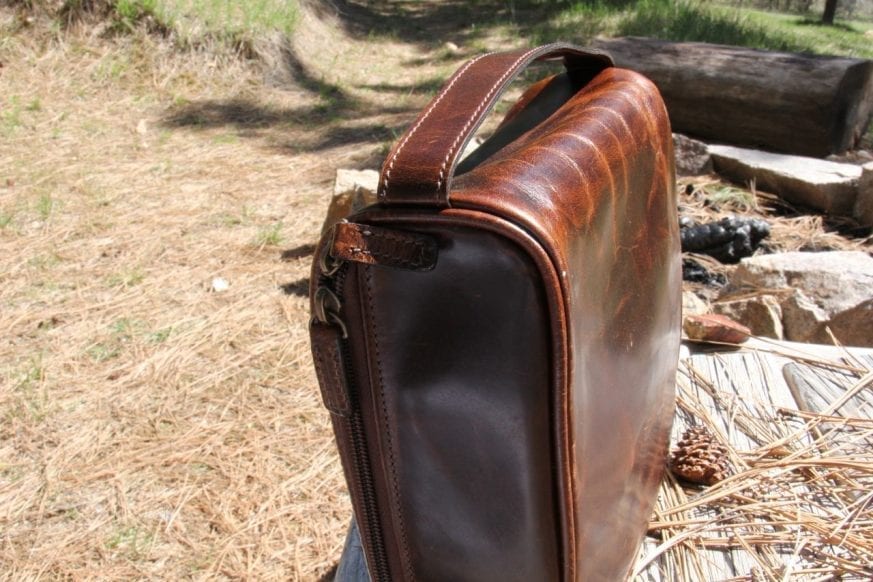 The Donald also has a leather bead sewn in where the two pieces of leather meet, and which runs along the perimeter of the bag.  This gives the bag a higher level of finish and adds some depth to the dopp kit as well.  Similarly, the Donald has an all-leather carrying strap on the back of the bag which is both useful of course, but also aesthetically pleasing. 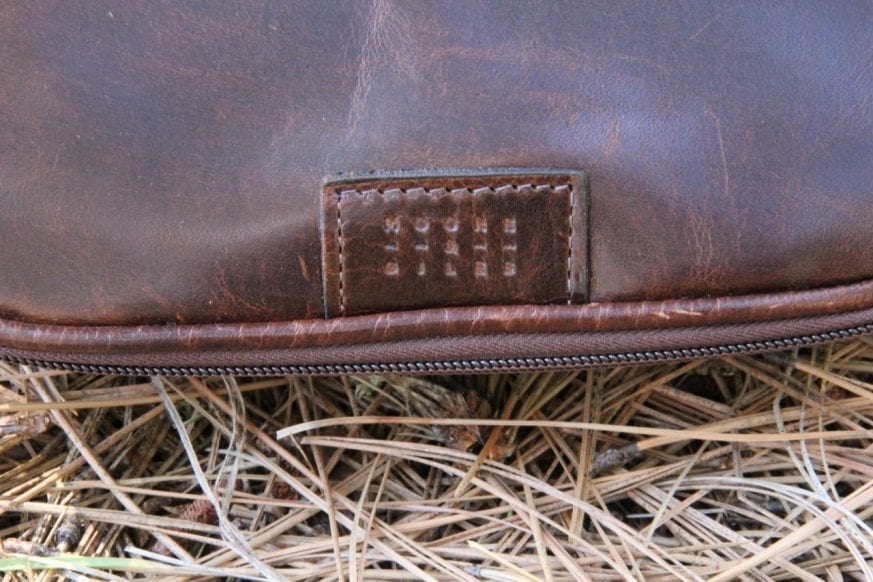 The Donald Dopp Kit from Moore & Giles is a bag that is excellently constructed and smartly designed.  It is crafted from premium leather at an attractive price point.  It is made to last generations and is the perfect bag to carry on the tradition of handing down your dopp kit to the next generation. 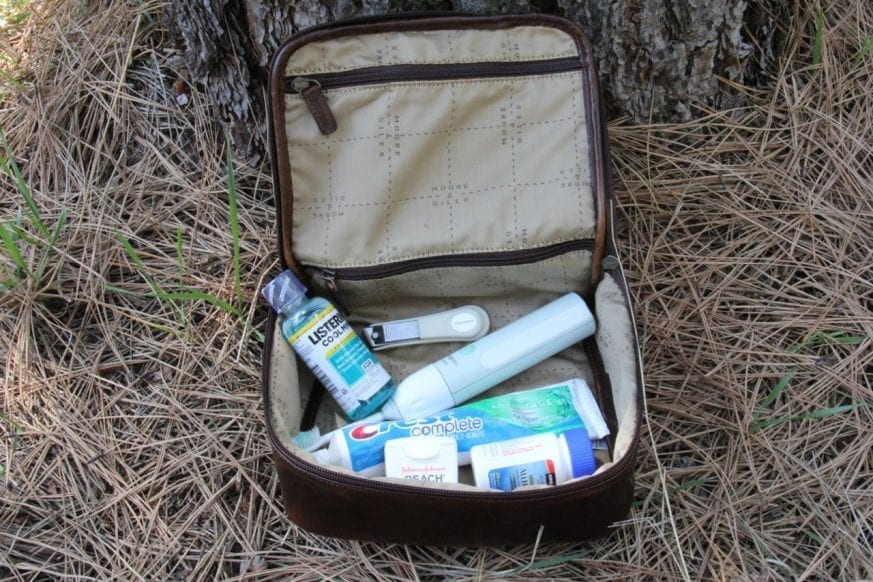 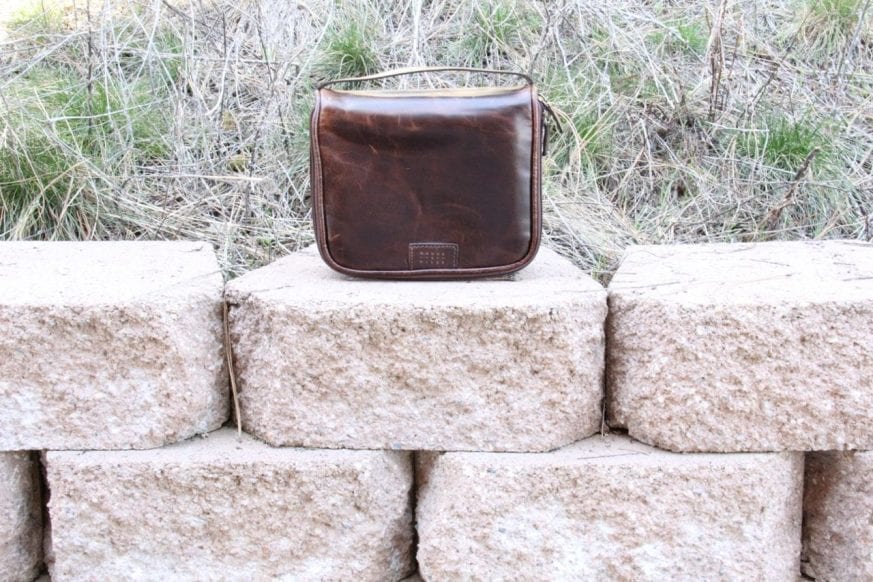 Hi! Quick question, are M&G Products made in the US?

Can you buy online?