I’ve always struggled with carrying my keys. They bunch up in my pockets, poke my fingers during retrieval and just plain get in the way. While browsing some EDC blogs, I came across the carabiner carry and haven’t looked back. I was using a simple metal carabiner from the hardware store, but have been looking for something with a little more utility. Enter the MecArmy FL10 Titanium Flashlight Carabiner.

Altun (Corporation behind MecArmy) is a Chinese based manufacturer of various lighted instruments and EDC gear. The name was inspired by the adventure oriented team who frequent the Altun mountain range in China. They also are a contracted supplier of military and law enforcement gear for the government. 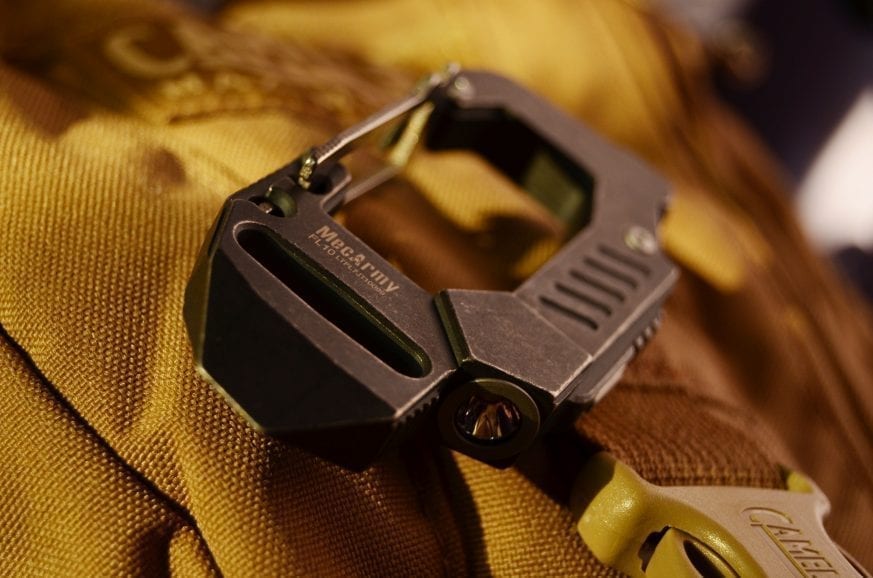 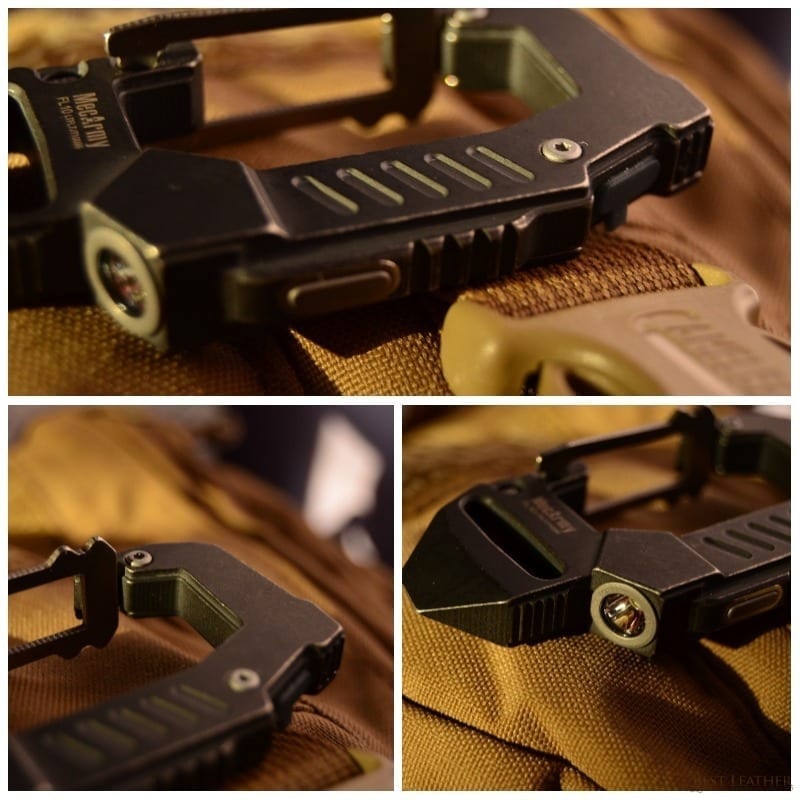 The FL10 is CNC machined from solid Titanium. It features a CREE XP-G2 S4 LED housed behind an anti reflective/anti scratch coated lens. Juice is supplied by a 100mAh lithium polymer rechargeable battery. 5 precision star screws keep the battery sealed in, which gives the FL10 an IPX5 water resistant rating which probably equates to using it in moderate rain.

The FL10 functions as a handy light source. LED technology has made leaps and bounds in the portable flashlight arena. The FL10 can hit 360 lumens on high, plenty for midrange use (scoping out your campsite at night or lighting up a large tree) and the low range is great for finding the keyhole to your house or reading. There’s also a strobe that is actually quite disorienting, appropriate for self defense situations. The clip can also be hung to use as a lantern, really handy in select circumstances or stood on end like a candle. 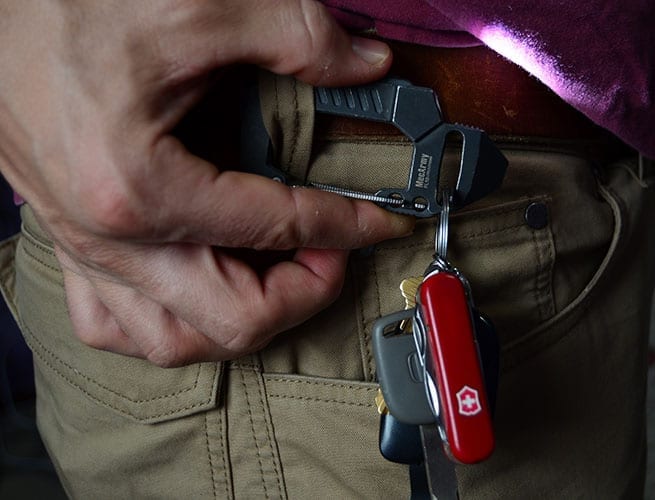 As a carabiner for keys, I find it works somewhat well. The thick case makes it a little hard on your belt loops, and some pants have special loops stitched in for carabiners which this won’t fit. Paired with an Exotac keyring, the FL10 holds keys securely. I really appreciate the lightness of the piece, the titanium is probably one of the best EDC metals as the weight savings are noticeable. Charging the FL10 with the same micro usb I charge my phone with is a huge plus. 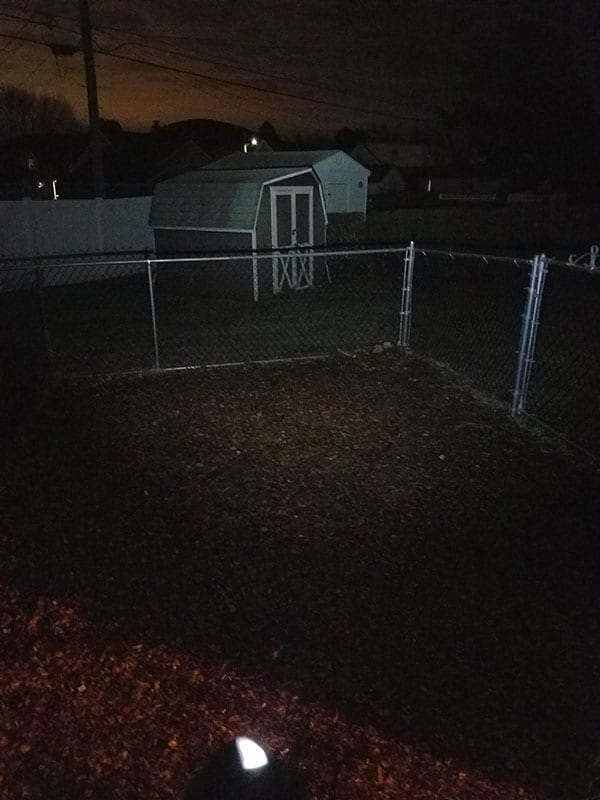 That shed is about 30 feet from where I’m standing, with no light, you couldn’t make it out, so not bad at all.

The FL10 has a wedged edge that could probably act as a pry tool and flat head bit. It’s really too wide to drive a screw down since the blade is wider than most screw heads. I would like to see it less wide to allow for more screw applications. It works decently as a pry tool or to break the tape on packages. 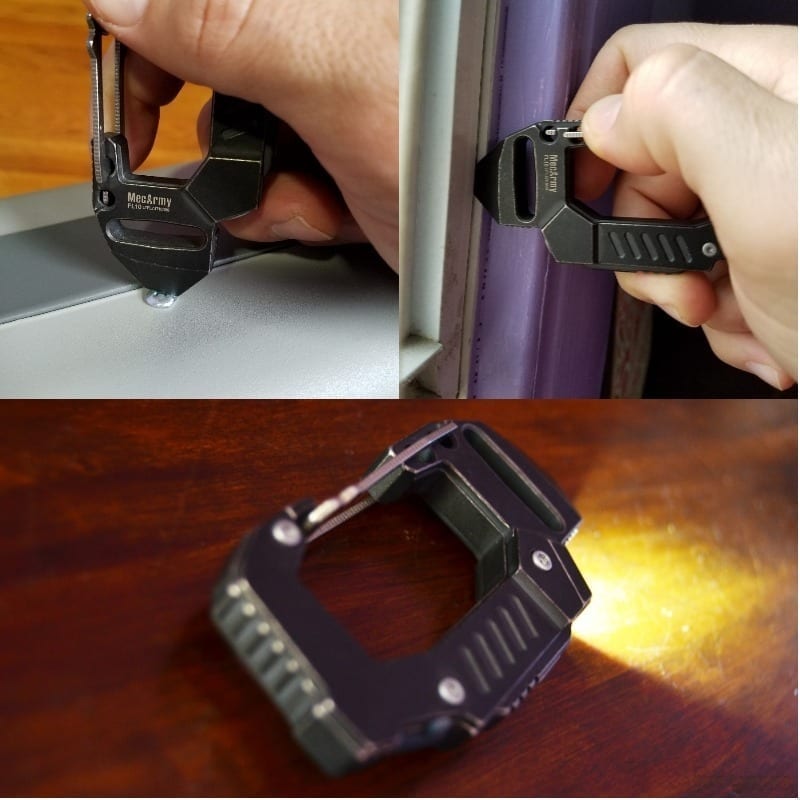 I was a bit skeptical while waiting for the FL10 to come in the mail. The price seemed too…affordable. Usually anything made of titanium commands a premium. I was pleasantly surprised however. The machining is clean, the led is bright. I opted for the black, and the pre distressed finish looks great, and any scratches will just enhance the look in my opinion. 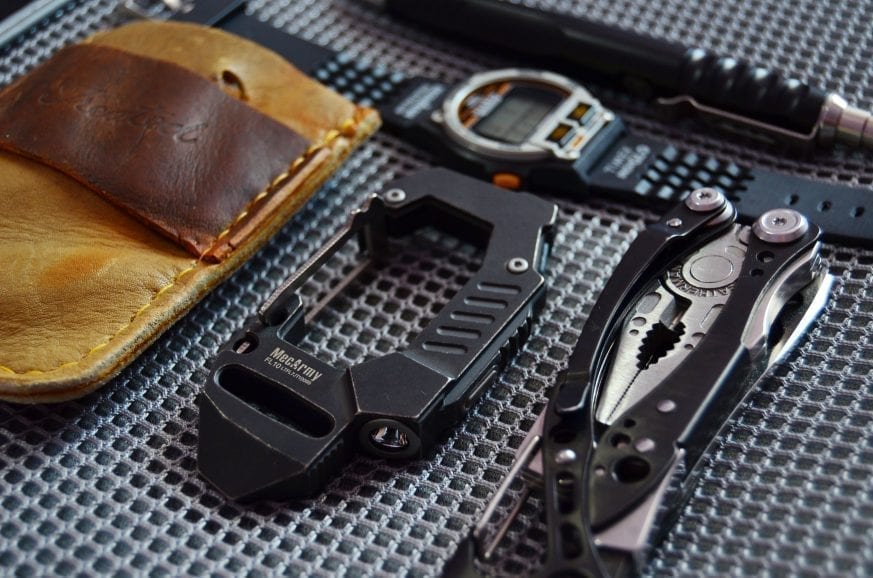 After handling a carabiner light for the past few weeks, I can’t say I’m going back to my old one. The MecArmy FL10 provides great lighting and functions great as a key carrier. With the clip and stand on end capability this light can be used in a wide range of scenarios. The price seems decent, especially for the premium materials. If you do decide to try out a FL10, just click on either product link at the beginning or end of the article for 10% off your purchase.