I’m sure I’ve said this before, but I absolutely love a good pair of boots. There’s something about lacing up your dress boots to go out or kicking off a pair of work boots after a long day that just never gets old. I have been extremely excited about the Dayton Parade Boots for a long time, and after an entire year of wear, it is time to give my opinion. 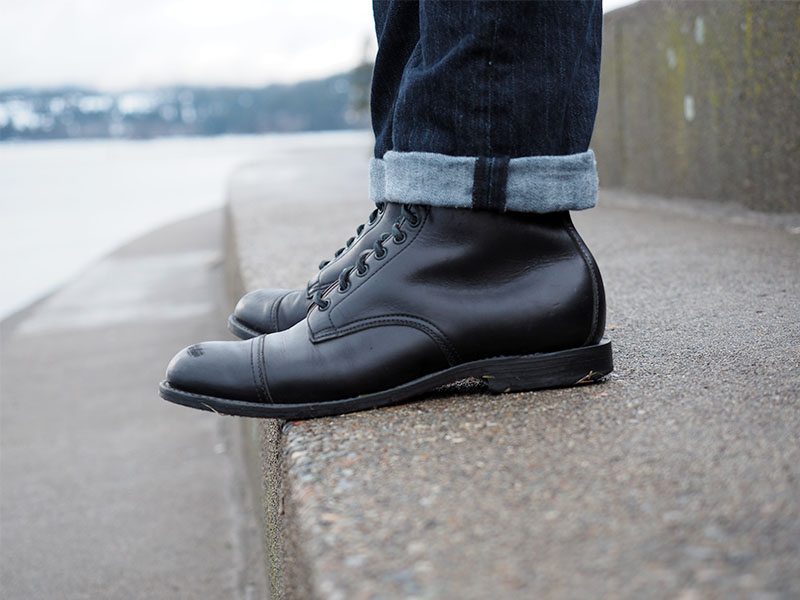 Dayton Boots has been around since the winter of 1946. Charlie Wohlford, the man behind Dayton boots had been successfully repairing logger’s boots back to better than new. Soon the small company was the go to place for all logging, construction, fire, and police professionals, especially considering the lifetime warranty. Since 1946, Dayton Boots has introduced numerous new models, adapted the Goodyear Welt boot making method, and climbed the rungs of the boot industry to one of the best handmade boot companies. 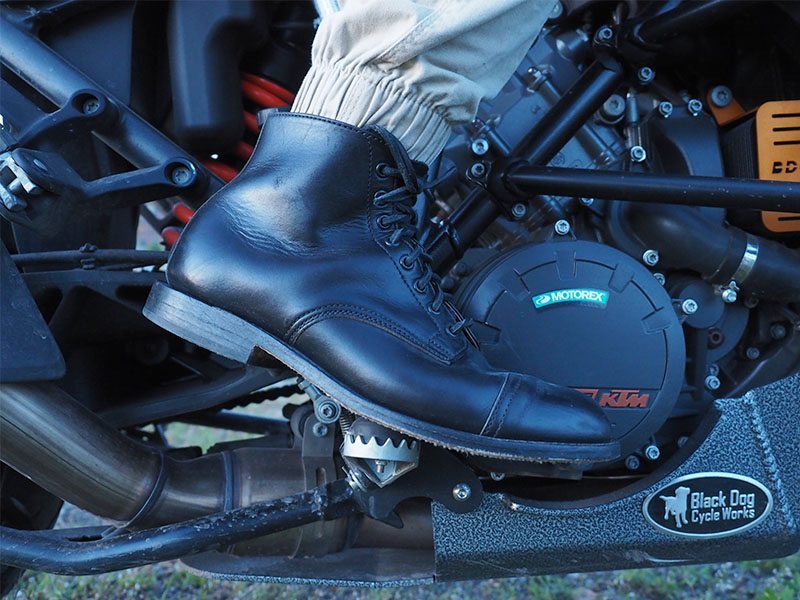 The construction of a pair of Dayton boots is the company’s bread and butter. The company has been using the same 230 steps for constructing their boots since 1946. The Parade Boot is constructed using hand cut full grain leather for the upper, 6-12 iron (8-16oz) full grain for the insole and outsole and steel shanks to add extra durable support. These quality materials are then hand sewn together with double and triple stitching, and finally are Goodyear welted, all to the exact specifications you give them for sizing. The reason Goodyear welting is such a widely favored method for boots is because it is much more durable than other methods, and it is very easy to get them resoled. Dayton Boots is well known for having boots last several decades because of resoling, and I am definitely going to be using this service. I have been very impressed with the superb construction and have not found one flaw in over a years worth of wearing the Parade Boots. 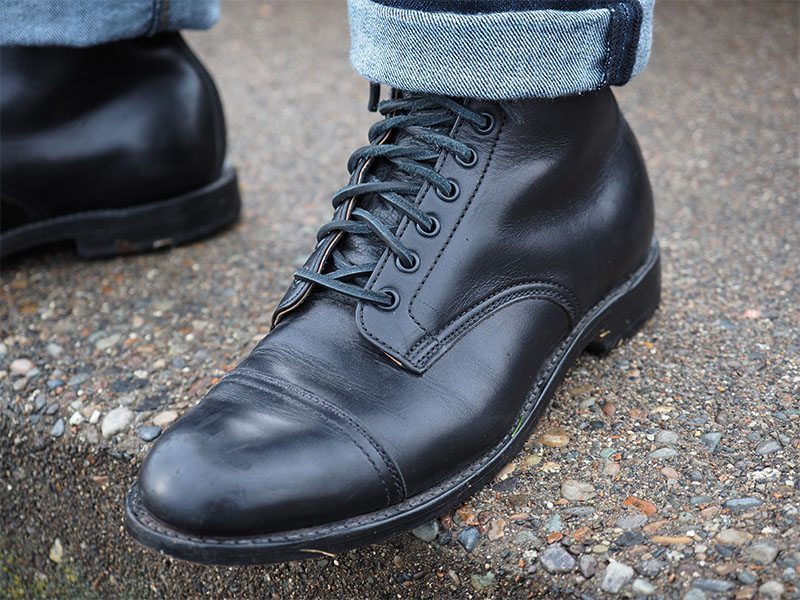 If you couldn’t tell from the name and design, the Parade Boots derived from old army marching (parade) boots. This is actually one of my favorite styles of boot across the entire industry, and the Parade boot resembles that heritage dutifully. Although I am not using my Dayton Parade boots for marching, I definitely have used them for my fair share of walking, motorcycling, and even dressing up. This boot is truly an attractive, multifunction, and high quality boot. 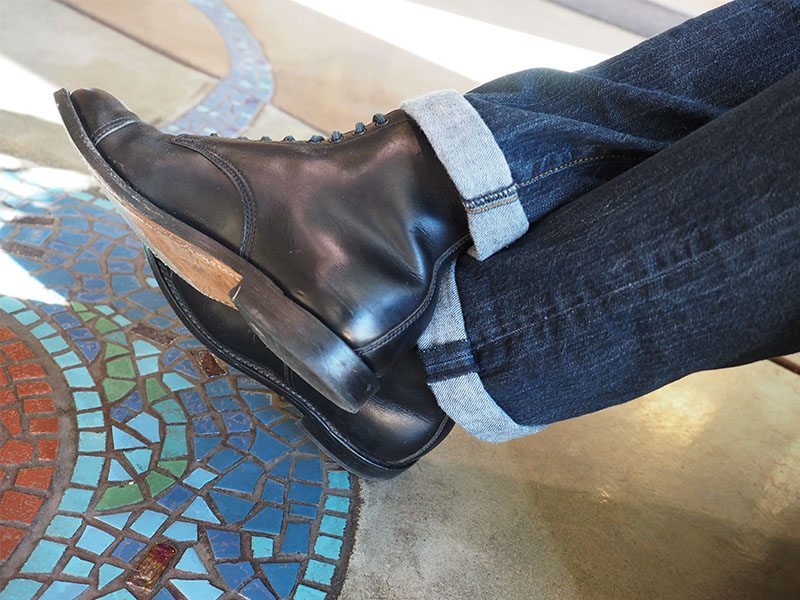 We often hear about new boot owners and their painful experience with breaking in a pair of boots, but I am happy to say that I did not experience any discomfort or pain in breaking in my boots, and I have before with others. Dayton constructed my boots to the exact specifications of my foot, and they have functioned perfectly since day 1. 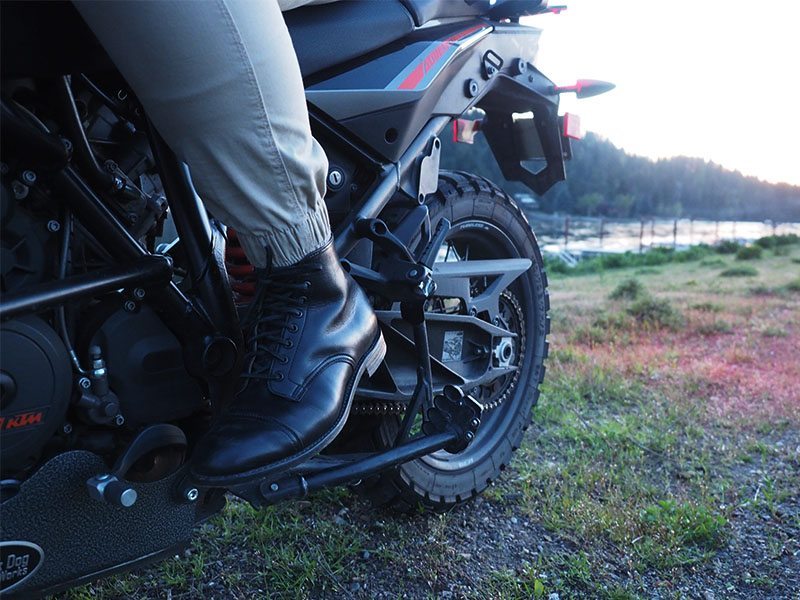 The Dayton Parade Boots are some of the more attractive boots I have seen. The black leather can be worn with anything, and it obvious that the construction is better than most boots. I frequently am complemented on them, and when people ask about these boots, I happily tell them that the Dayton Parade Boots are among the best you can buy, and even though the investment is significant (which is actually less than it was a year ago), it will be worth it in the long run. 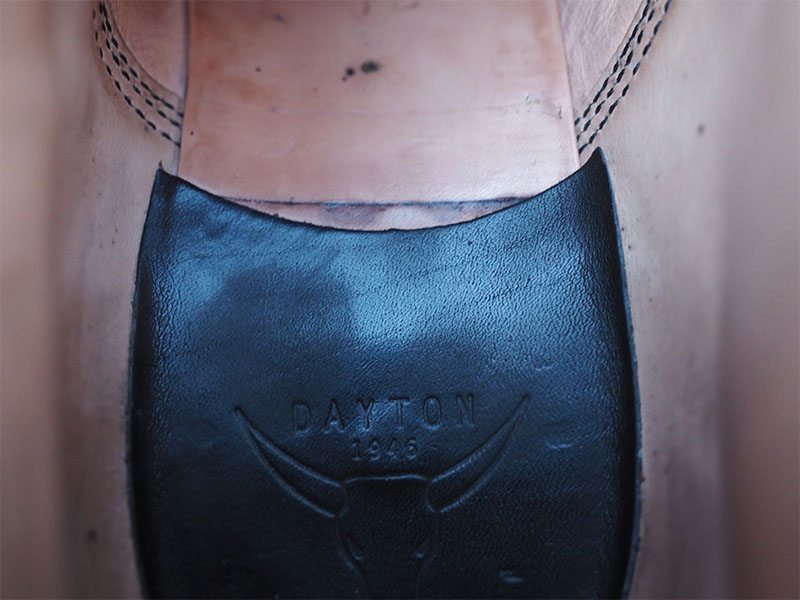 The design and construction, fit, and the multifunction qualities of the boots are absolutely going to withstand anything you can throw at them, and if you do happen to need new soles, Dayton would be happy to resole them for only $84. 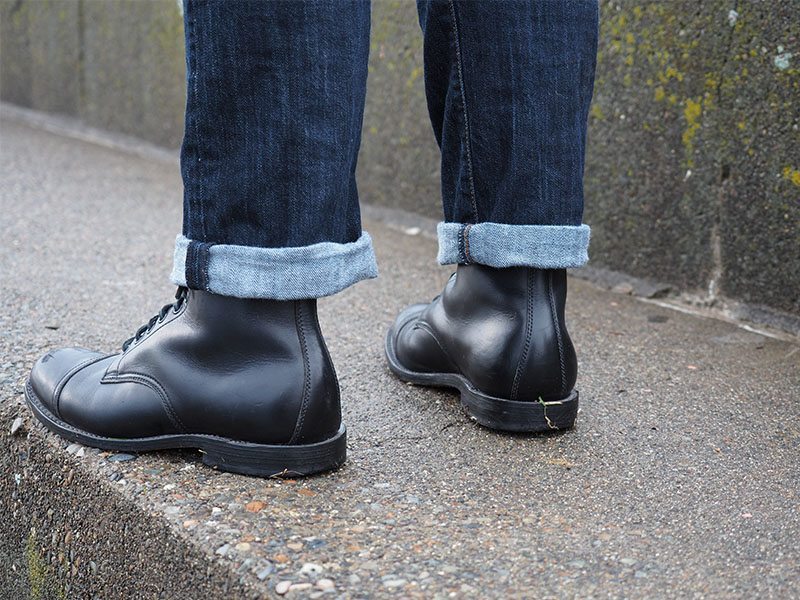 As I said before, I was extremely eager to check out the Dayton Parade Boots. After a year of wearing them and putting on some serious mileage, I am still excited to lace them up as often as possible. Dayton has accomplished everything you could ask for in a high-quality boot. Priced at $422 total, the Parade Boot is actually a competitive, fair price in the industry for such top-tier quality. Go ahead and check out all the great boots Dayton has to offer– it is an investment you will not regret. 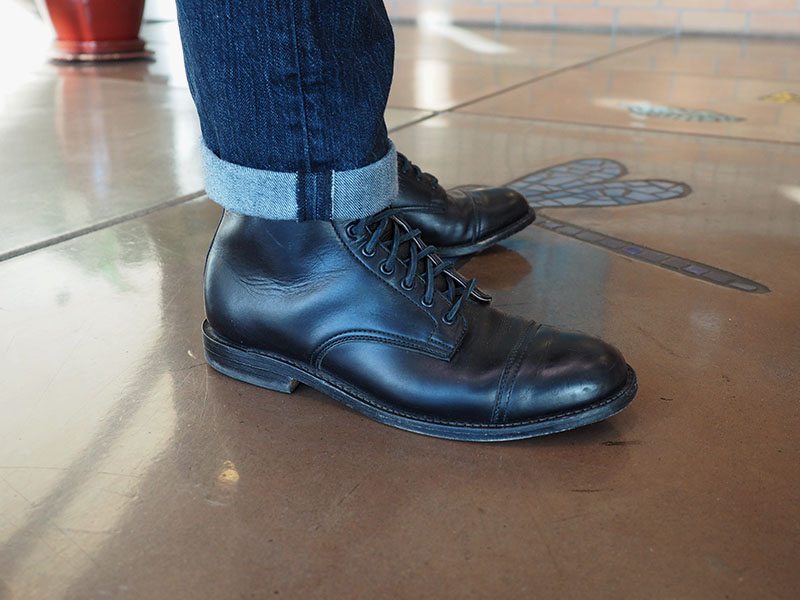