I’ll always remember my dad coming home from work as a kid. I’d hear the sputter of his pick up, the clank of him slamming the door. He’d always come in and empty his pockets on the entryway table. His keys, wallet, loose change and a few mysterious nuts and bolts would be haphazardly thrown on the table. Day after day, year after year – the table had a veritable crater from the constant barrage. Fast forward twenty something years and I found myself replicating the carnage on my nightstand. It was at this point I decided to delve into the wonderful and mysterious world of Valets, or Catch-Alls for the uninitiated. Little did I know I would stumble on the granddaddy of them all, Colonel Littleton’s No. 120 Leather Valet. 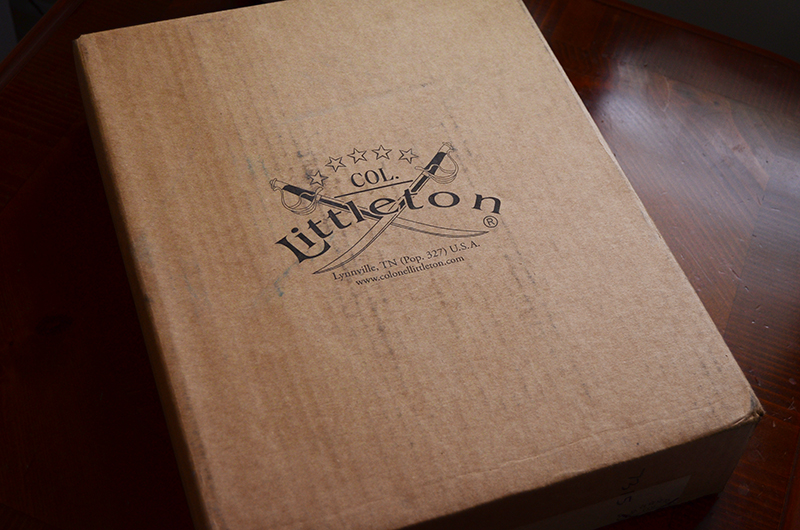 Colonel Littleton considers every aspect of their products, down to the handsome shipping box. 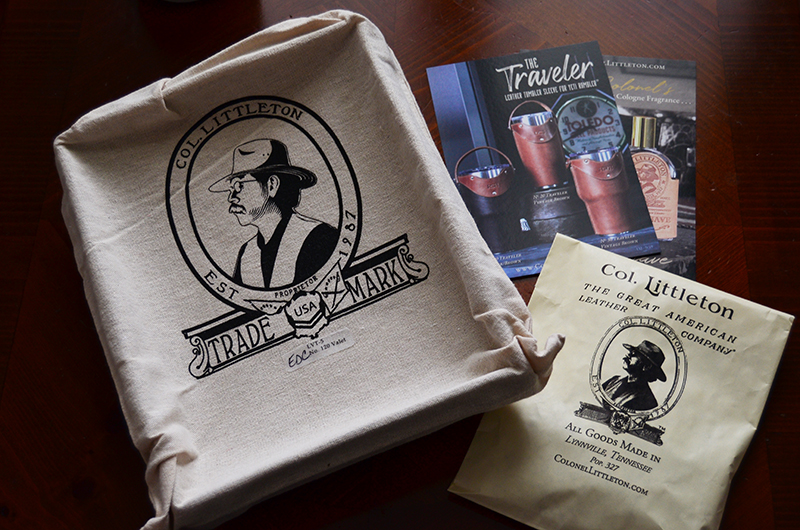 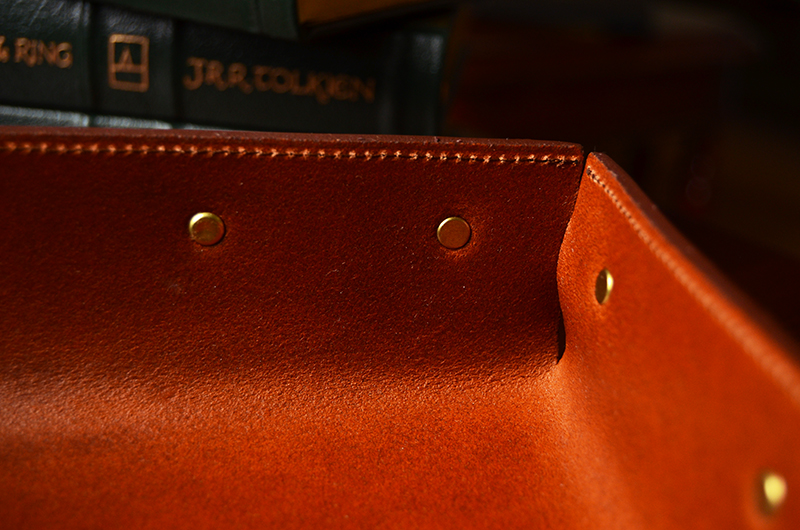 The leather quality is superb, the oils used in the tanning process give the valet a soft glow.

Most valets are composed of leather and thread for stitching. And like any Colonel worth his salt, Littleon’s No. 120 Valet has his own secret recipe of 11 herbs and spices…well, 3 in this case. The meat of the valet is composed of Italian Bridle Leather that has undergone vegetable tanning. This thick full grain leather is really what you want in a valet, prized in equestrian circles for its tough, resilient properties – Bridle leather will stand up to the constant contact with your keys/wallet/etc. The valet is crafted in Littleton’s own shop in Lynnville, Tennessee. 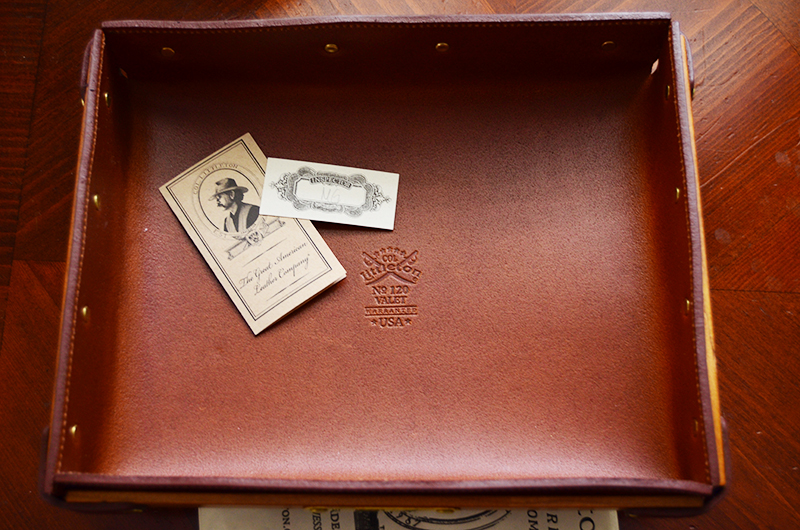 We see one large leather panel composing the body of the valet, which is joined at the corners with solid brass rivets. American Cherry wood forms a reinforced rim around the valet, adding structural integrity to the piece.  The edges of the leather are burnished over as well. Dimensions for the valet are reported at 10.75″ W x 8.5” H x 2.5″ D 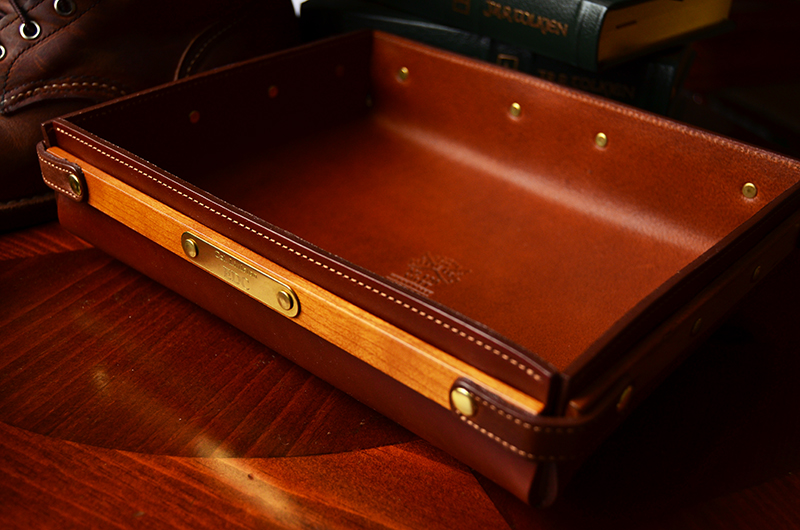 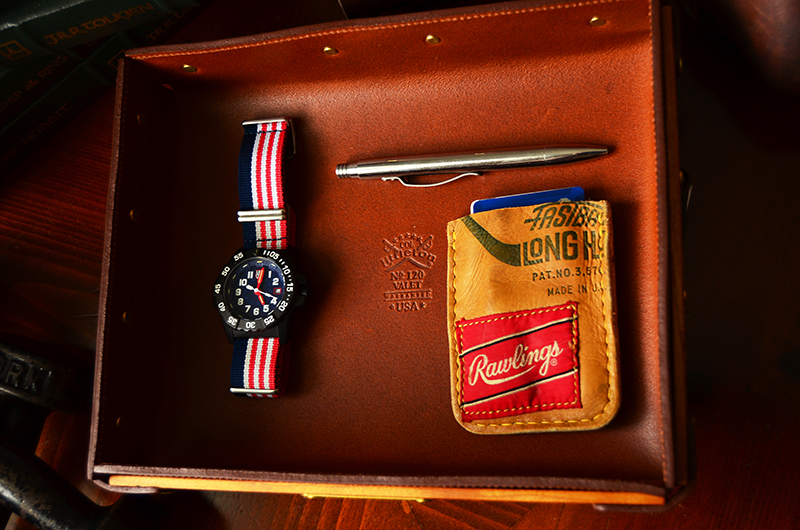 It’s hard to critique the function of a valet, as it’s pretty simple in nature. The size hits that sweet spot of getting all of your essentials in without taking up too much counter top real estate. 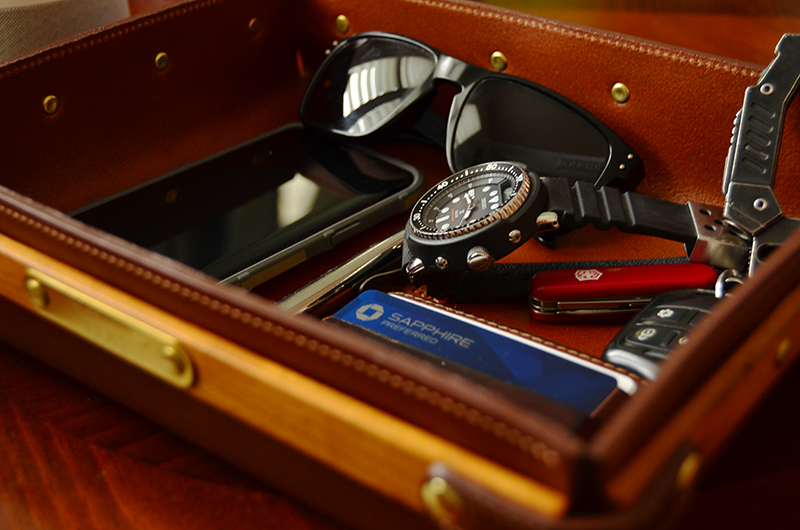 If I could add anything to the functionality of the piece it would be a plastic insert with a 3 section divider for keeping my phone away from my coins/keys. Handles on the sides would be pretty cool for converting the No. 120 into a swank serving tray. Because I know I’m not the only one who wouldn’t mind being served buttered biscuits out of this puppy! 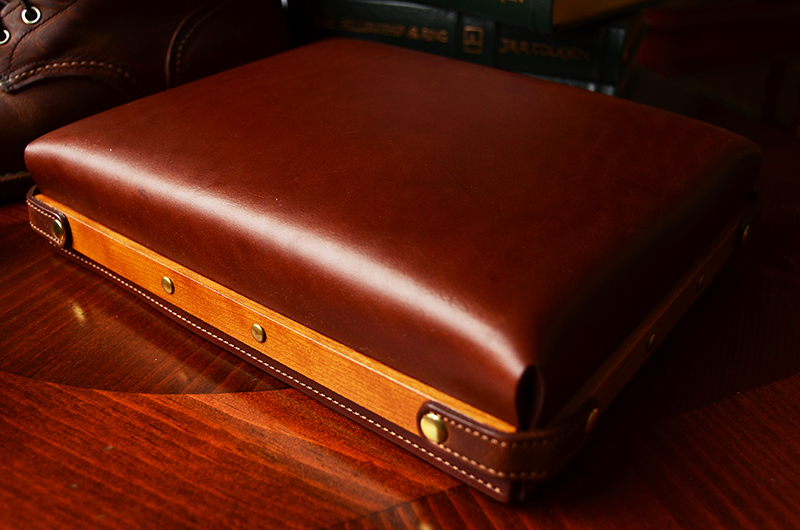 There isn’t an angle on this puppy that looks bad. Flip it over and you have a footstool fit for a king. 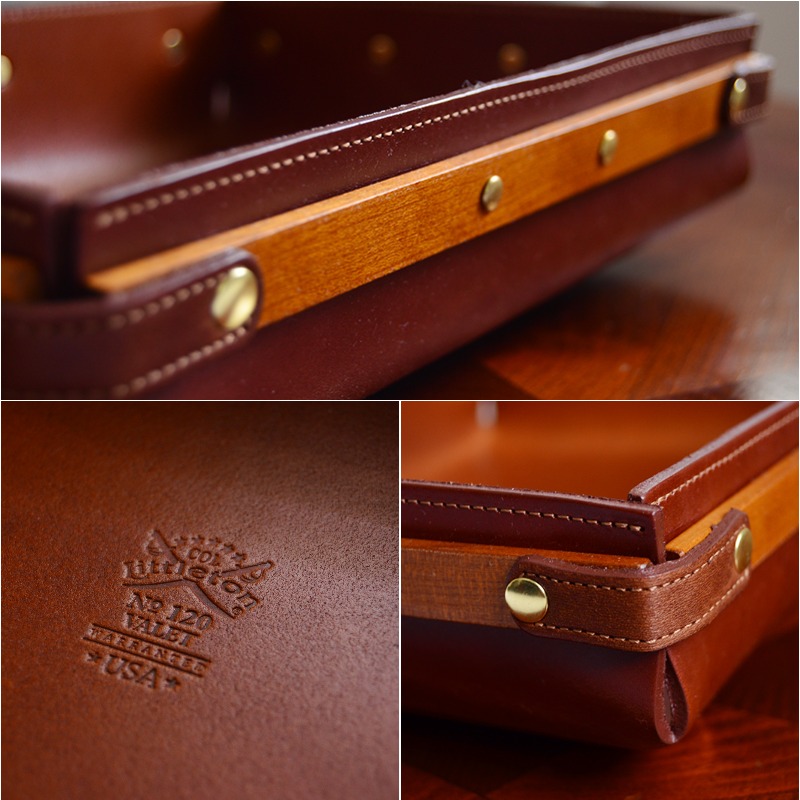 Colonel Littleton’s designs all just look oh so good. This valet is no exception. It has the ruggedness of John Wayne with the class of Paul Newman. A hot shot banker could throw his Porsche keys into this caddy just as easily as the foreman on a road crew. 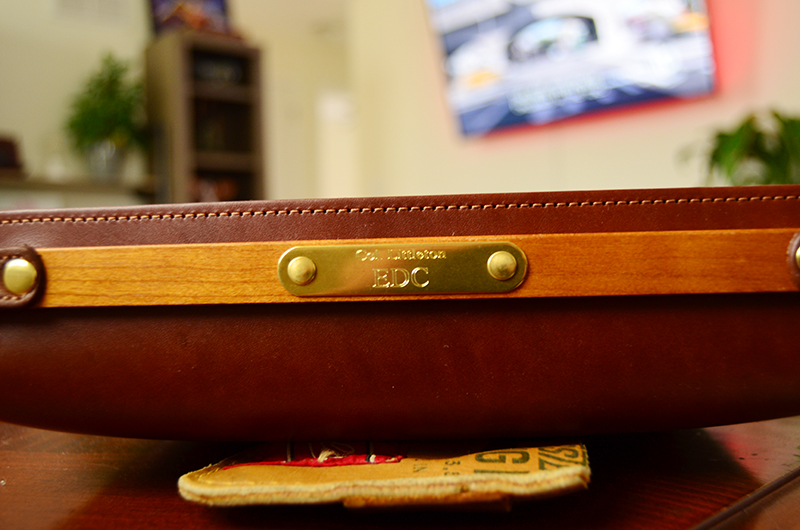 Col Littleton also offers the option of initialing the brass plate with up to 3 letters. I chose “EDC” – short for Every Day Carry, as I’ve always been a gearhead and love having a safe depository for all of my pocket contents.

The stitching is clean and tight, the leather smooth. This is one where I just let the pictures do the talking. 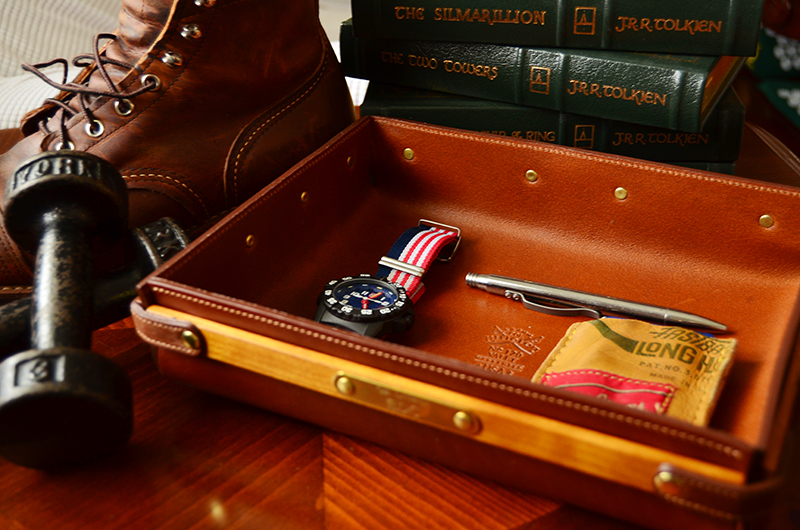 You don’t just get a Valet when you order, oh no. A leather coaster arrived, as well as some pamphlets and a delicious Moon Pie treat!

I like to buy American whenever I can. Companies like American Giant, Triple Aught Design and Redwing have all earned spots in my daily arsenal. Colonel Littelton has definitely earned a spot as well. The price is pretty steep, there are a lot of quality valets out there for a third of the price – but for an item that will likely last decades, I think putting an empty wallet in Col. Littleton’s No. 120 Leather Vallet Tray for a little while is a moot point. The build quality, finish and craftsmanship are all on point. The use of choice materials really produces a product that personifies an almost lost era of American quality.

I appreciate this article for the well-researched content and excellent wording. I got so interested in this material that I couldn’t stop reading. Your blog is really impressive.

Thanks, we’re glad you enjoy reading!

Damn that’s a fine made leather valet. I always prefer leather products because of their elegancy. It’s just something about them that’s irresistible!