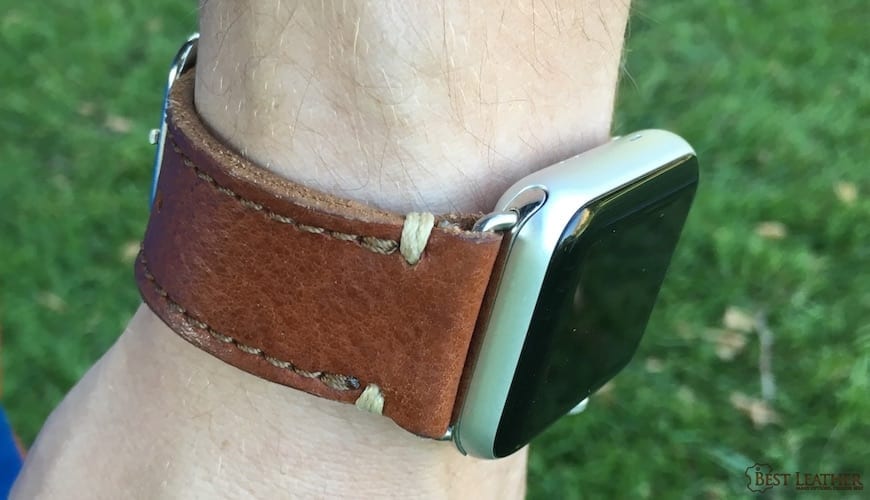 A quality leather strap is a fantastic upgrade for your Apple Watch, and I’ve had the pleasure of reviewing several in recent months. Today we’re going to be looking at Buffalo Jackson’s Dakota Apple Watch Band. This strap is assembled well with quality leather, breaks in nicely, and has a look that fits in just about anywhere. 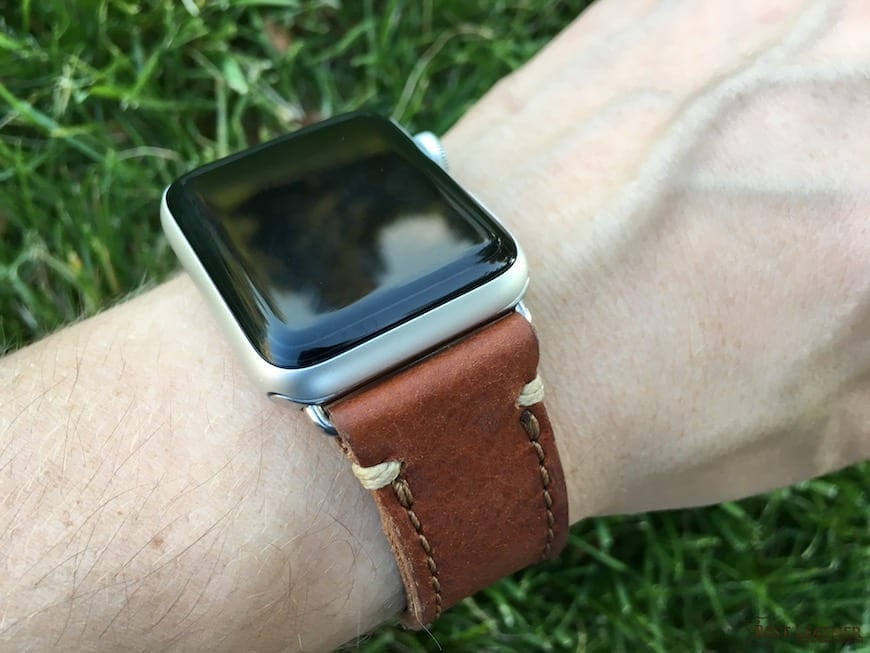 Buffalo Jackson company goal is “to create a clothing line that fits a man who knows how to tie a bowtie as well as a dry fly.” Founder Xan Hood was inspired to create their men’s clothing line by seeing a contrast to the styles of masculinity that existed in the world. On one side there’s the polo wearing city man, on the other, the flannel wearing mountain man. He calls the overlap of these styles the rugged gentleman.

The company creed, Honor Your Wild, is described on the Field Guide included with every purchase. 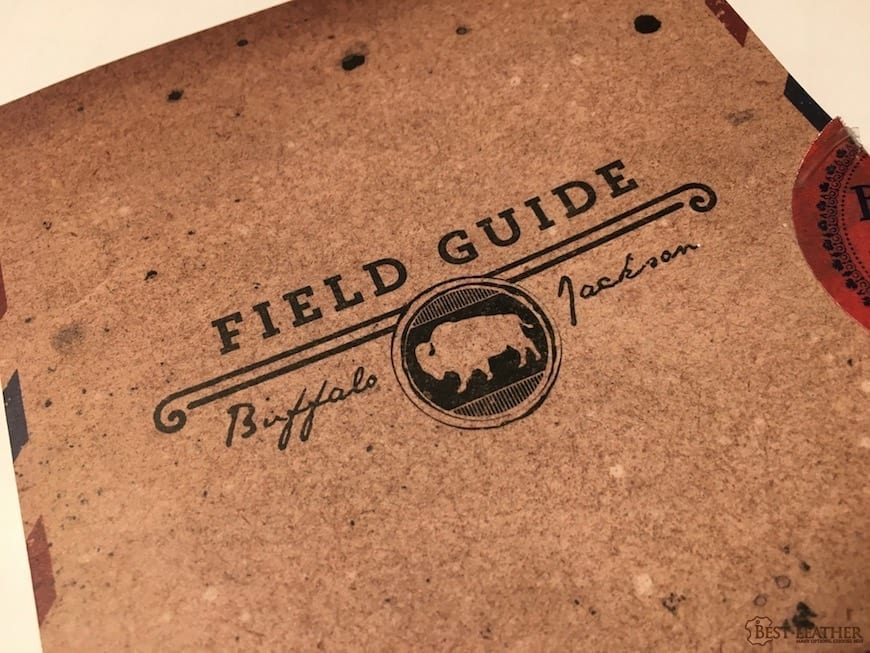 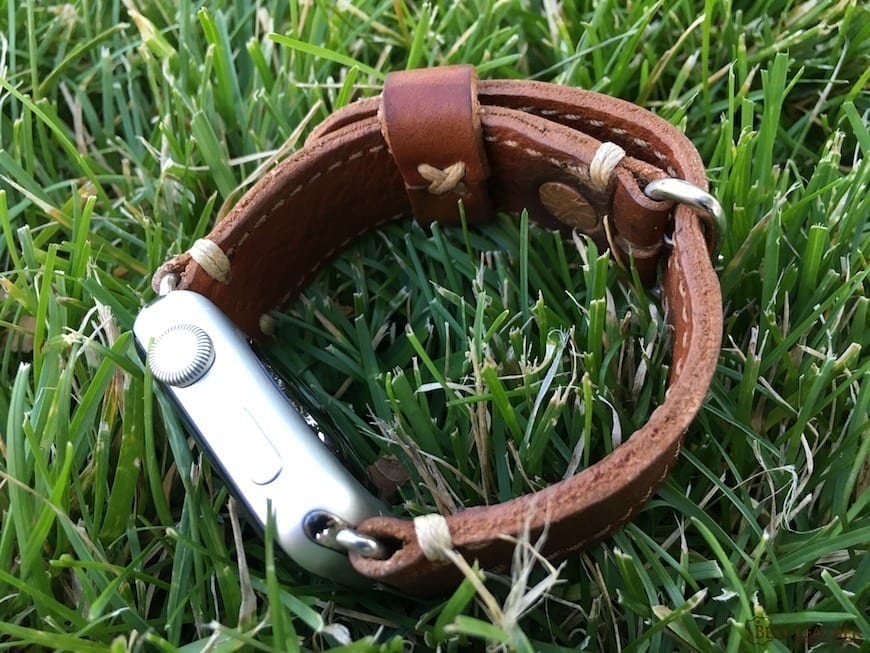 Top-grain leather isn’t as tough as full-grain, but the Dakota is made with two layers and is nice and thick. Strength won’t be an issue. In addition, the look of the leather is very uniform. My Saddle Tan color strap looks great and has a small amount of pull-up. The leather is also nice and soft, and edge stitching minimizes stretch. A copper rivet is used near the buckle for extra reinforcement at what is probably the highest stress point on the strap.

This strap is going to hold up well compliments of the good materials used and skillful assembly.

When the Dakota was brand new, I had a bit of a hard time using the buckle. I was nervous the strap was a touch too thick for the size of the buckle, and therefore difficult to thread. I was very impressed by how well it wore in, however. After a couple weeks of wear the leather began to shape to its use and was much easier to work with. 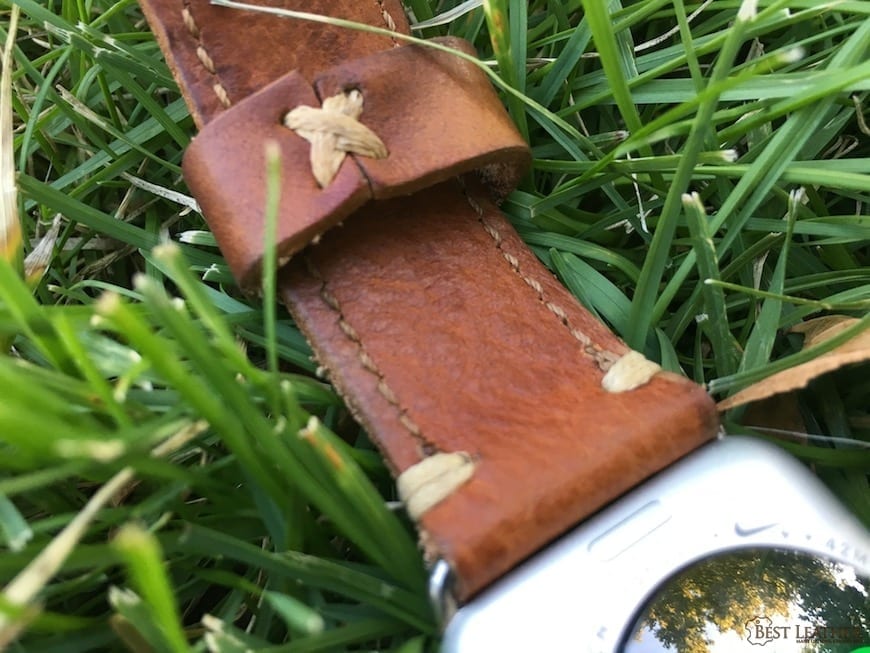 The Dakota only has a single floating keeper strap. I personally prefer this paired with a static one near the buckle, though the advantage is that there’s less underneath your wrist when you’re sitting at a desk or using a computer. In addition, the keeper is the same soft leather as the rest of the strap, so even more comfort when typing. Though sometimes the keeper would rotate so I couldn’t see the cool Buffalo logo!

As far as simple strap function goes, the Dakota does a great job. Buckle holes are tightly spaced and two lengths of strap are included to make sure you’ll get a good fit.

I’ve found that rarely do I feel that I need to switch straps when I’m wearing the Dakota. I love the Saddle Tan color I have here. It matches formal attire as well as rugged outdoors gear, perfectly adhering to Buffalo Jackson’s idea of the rugged gentleman. 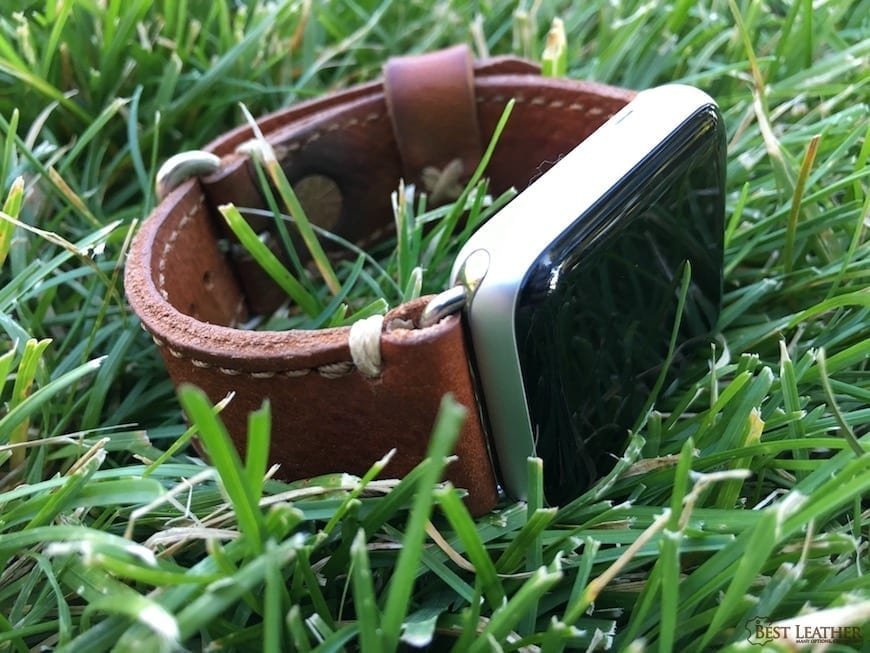 The uniform contrast stitching complements the color nicely. The Buffalo logo is a nice touch to the keeper. I love how the copper rivet looks, but it’s sadly hidden behind the excess strap when wearing. I think my favorite part is the patina development. The saddle tan has deepened nicely.

I’d definitely suggest the Buffalo Jackson Dakota Apple Watch Band for anyone hoping to upgrade the look of their Apple Watch (particularly if you’re still wearing the awful one Apple provides!). It’s tough, versatile, and the price is right. 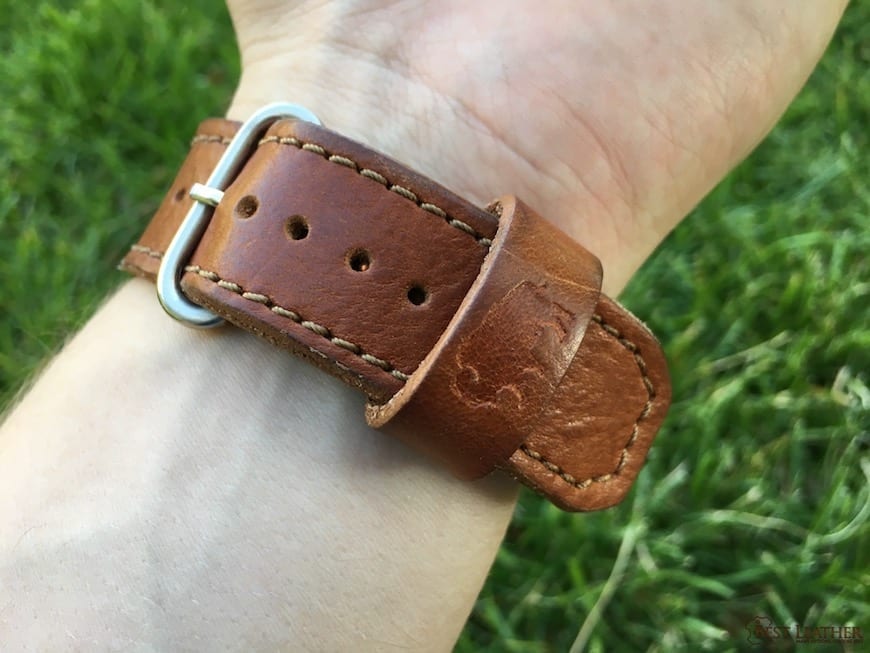 It’s amazing watch.I love it and must purchase this.Now please tell me where I can buy that brown leather apple watch?