We asked a bunch of fashion savvy men, “What is that one piece of clothing that you can wear absolutely every day?”

There were different responses to this question, but when we specifically asked about men’s outerwear, the answer was unanimous. Is it too hard to guess?

The flight jacket, also known as the bomber jacket, is the unmistakable choice for most men. Due to its versatile silhouette, it can easily grab all compliments for you when paired with classy outfits. While you may wonder the reason behind the unmatched fame, bomber jackets have covered a long journey to become everyone’s favorite.

There are things that become a trend, and then we have the bomber jackets, which are a bonafide timeless staple. Before we move on to the evolution of bomber jackets, let us walk you through the complete guide of what a leather bomber jacket is.

Bomber Jackets are one of the most popular men’s outerwear which explains the vast variety available. However, not too surprisingly, leather bomber jackets remain the most popular.

Crafted with pure leather, they make one of the most stylish and appealing outfits. They offer a classic style as they’ve been around for many years. Unless you have owned one yourself, you can not really appreciate the art of leather jackets.

A leather jacket in bomber style exhibits a boxy or slim fit silhouette that adorns your body type perfectly. It provmens-leatherides sturdy coverage while keeping you insulated in cold weather. 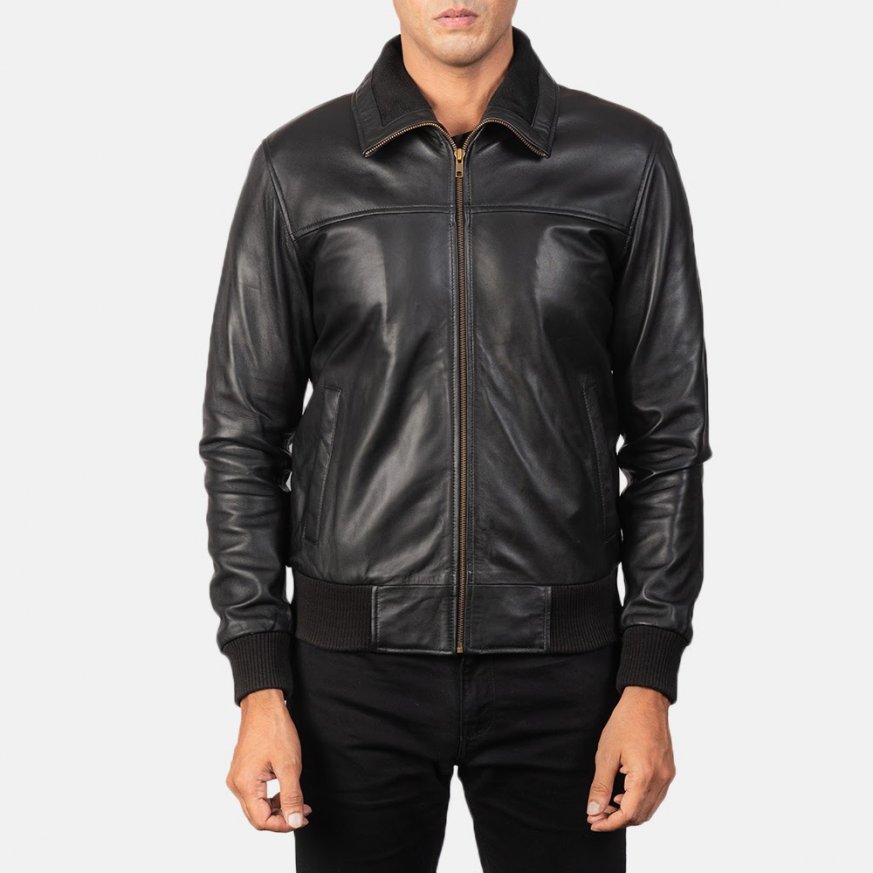 What makes the bomber jackets unique is their history and evolution in mainstream fashion. These jackets trace back to 1917 when commercial pilots required functional clothing during World War 1. Bomber Jackets have come a long way and do not seem to go away any time soon. This is the exact reason we recommend getting your hands on these jackets to make your own statement.

When was the first bomber jacket made?

The original Bomber Jacket dates back to over a century. Flying at high altitudes with freezing winds was never an easy task for the war pilots. These jackets were strictly made considering the needs of fighter pilots during World War II. It was under Dobbs Industries who signed the contract with U.S Army and Navy Forces to provide the first ever fleet of then-known ‘flight jackets.’

Little did we know, these military based jackets would make their way down to high street fashion.

From a cockpit to a fashion runway, things escalated real quick. The war heroes couldn’t help but wear these fine jackets in public too. Civilians took this into notice and quickly adopted the clothing in their lifestyle as well. As inclusive as its fame has been, the iconic bomber jacket has always managed to strike a chord among emerging revolutionary movements, which can explain its current status as a much-loved and well-recognized streetwear staple.

Adoption of Bomber Jackets in Hollywood

After their evolutionary journey through the military personnel, bomber jackets rose to fame via the big screen as actors from popular movies started wearing them. Several examples can be quoted here, but a few that are worth mentioning are:

Marlon Brando’s bomber jacket from the 1951 movie A Streetcar Named Desire made waves in the fashion industry back in the day. His jacket was a brown leather one with a front button closure and a ribbed collar that added to his rugged style. Indeed, that jacket profoundly impacted the history of men’s fashion.

After that, the blue eyed hunk James Dean wore an iconic red bomber jacket in his movie Rebel without a cause. The movie had a successful run at the box office, while James Dean’s stylish jacket became the talk of the town.

Even today, celebrities are often spotted wearing cool bomber jackets on semi casual and casual appearances. The most notable among them are Kanye West, Ryan Gosling, Daniel Craig, and sports stars like Roger Federer and David Beckham.

Why Should I Get A Bomber Jacket?

Bomber jackets gained popularity amongst the civilians due to their sheer style and practicality. They surfaced on the fashion scene quite long ago, yet no one can say they are out of fashion or obsolete. 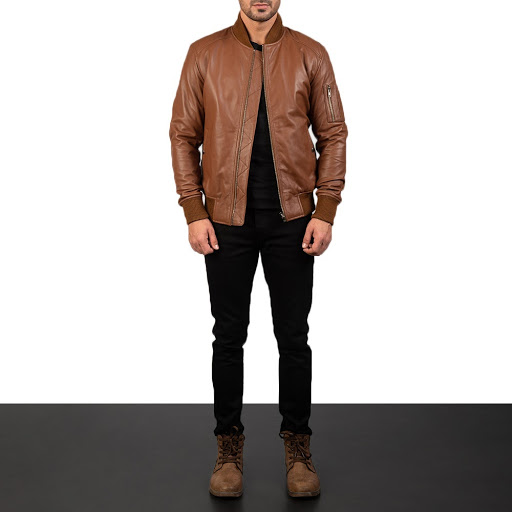 There is no reason one should hesitate wearing it, as it is available in both slim and boxy silhouettes, suiting most body types. Here are some more reasons why you should add a classy bomber to your wardrobe.

Considering the hype it receives, the bomber jacket is here to stay. Reminiscing over its rich history, one will realize that all the hype is worth it. If you are in search of ageless clothing, it is definitely recommended to invest in a good-quality leather bomber jacket. Be it a casual day out or a night-time movie date, we are all here to watch you serve your looks in style.

The information shared is helpful, keep your good work, thanks for the article