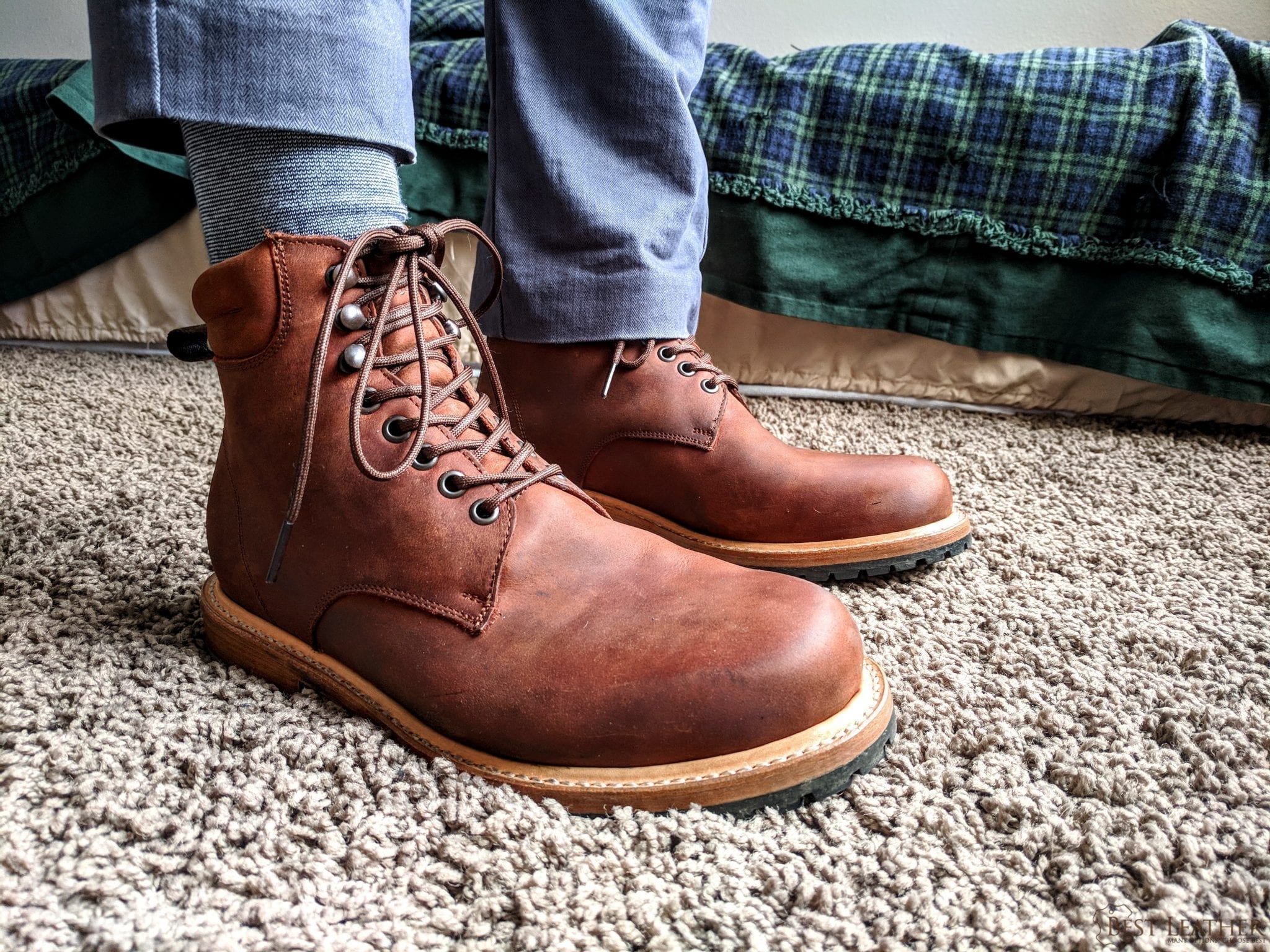 Man, these are beautiful boots.

They’re the Shiloh boots by Wilcox, which came wrapped in blue velvet, and rightly so.

But it gets better. The first time putting them on, they felt great. I mean it–my feet were loving them from the get go! It surprised me. I feel like that never happens.

So they’re surprisingly comfortable, and they look amazing–that’s a killer combo. 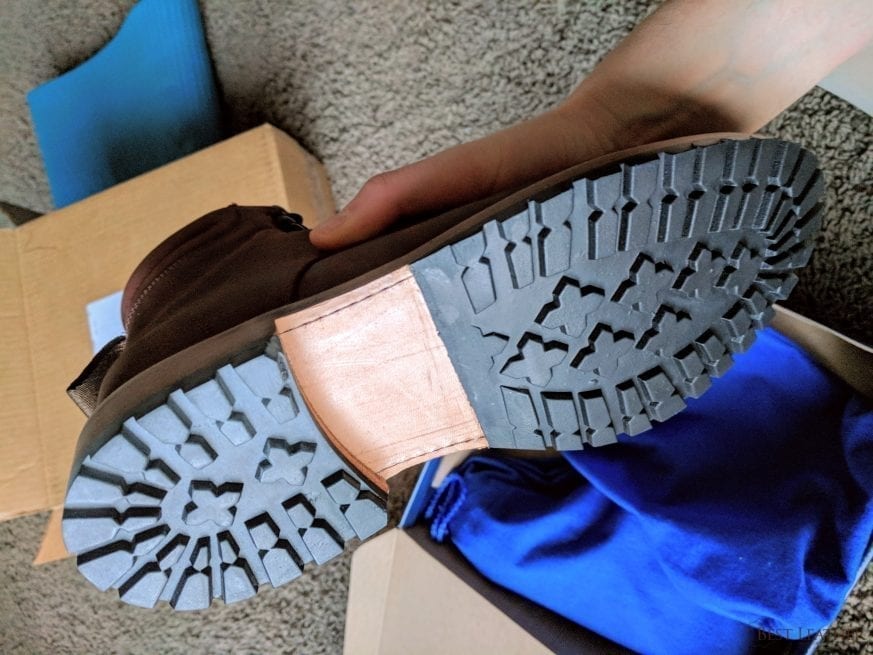 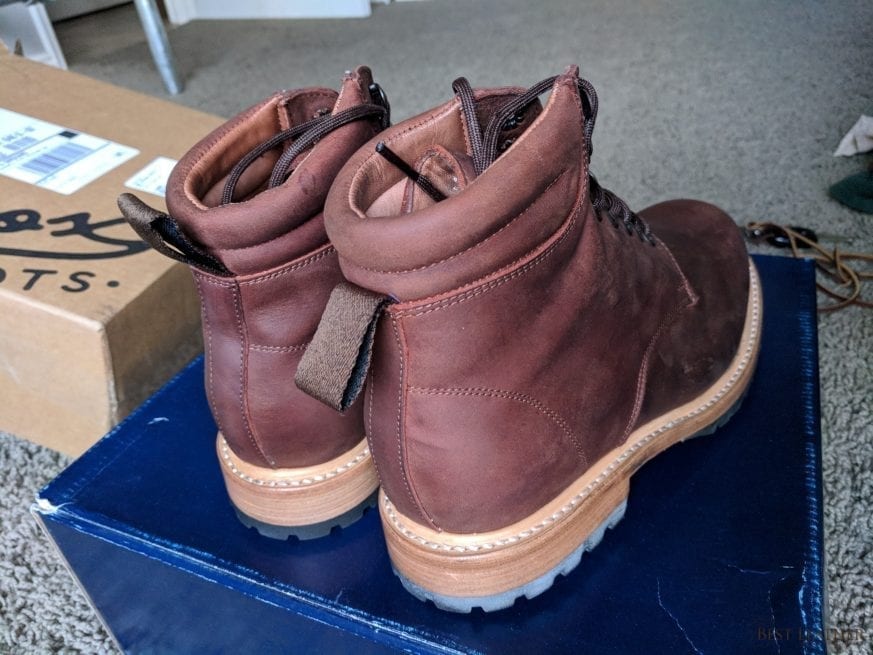 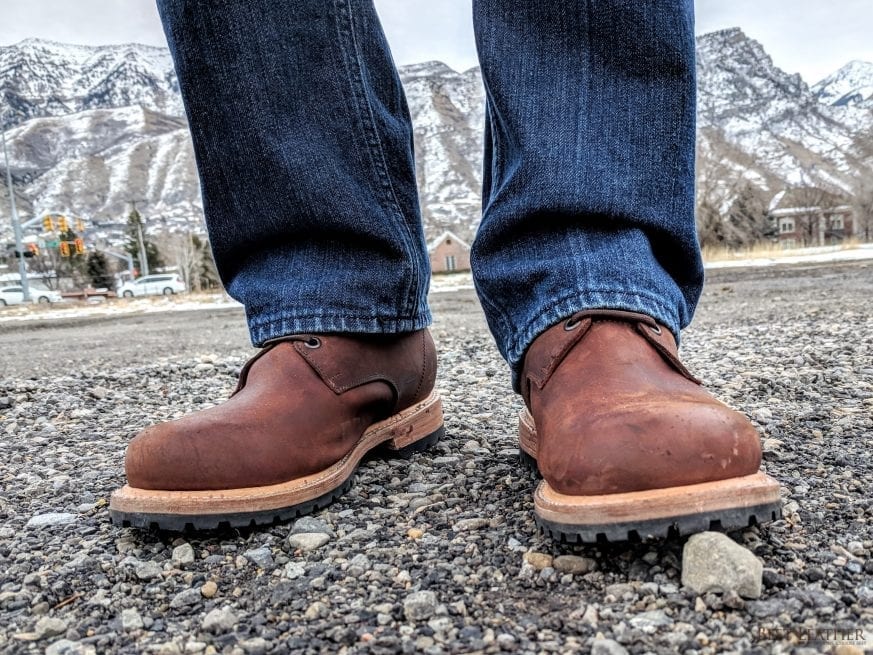 Peter was a kid on a motorcycle trip headed south–in a rebellious Che Guevara style, I imagine. On this ride, he went into a cobbler’s shop in Guatemala and found a pair of boots he just loved, loved so much, in fact, that he wanted to get some for his family and friends. That wish transformed into an epiphany, and all the sudden he was planning to start a boot company. After a lot of hard work, Wilcox launched its first product in 2014.

Today, with the exception of the footbed, the materials are all sourced from León, Mexico, a city famous for its artisan leather footwear. 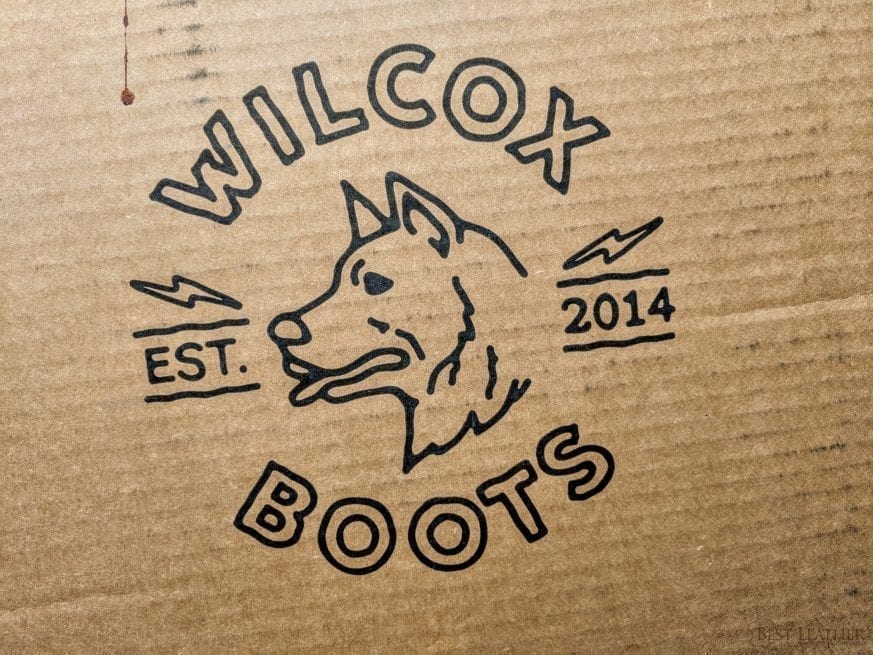 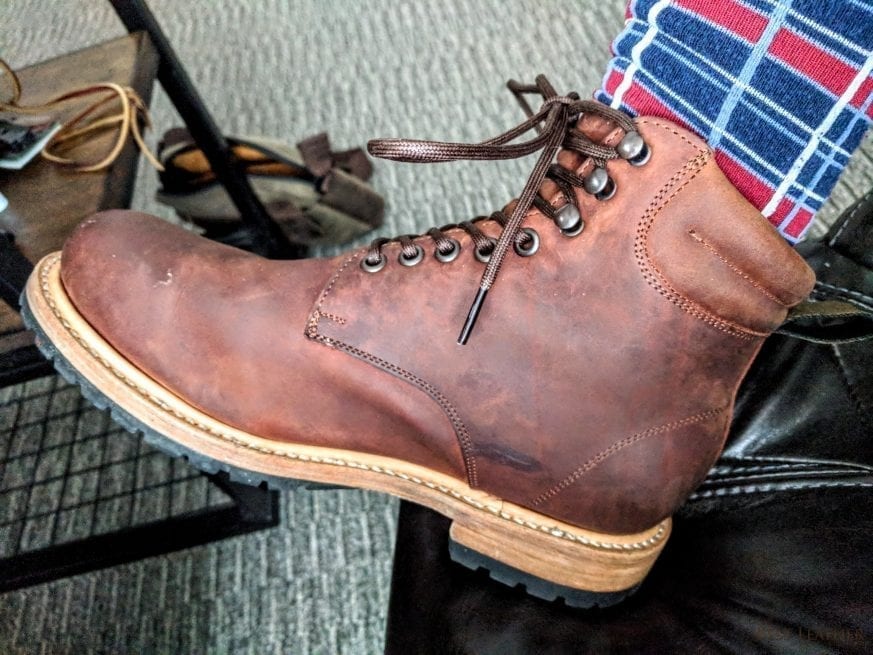 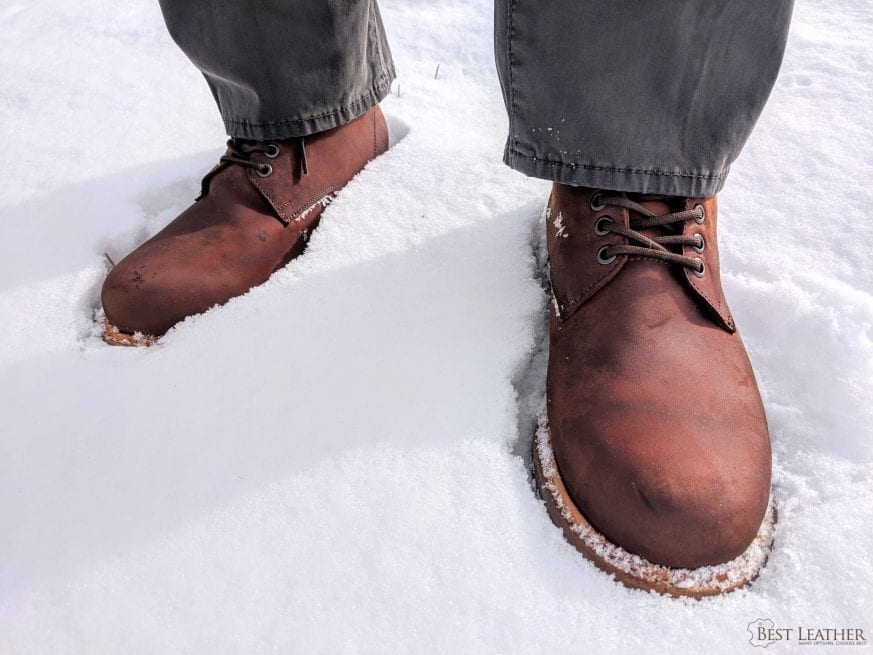 That’s the word for this leather. It’s chrome-tanned, full-grain, with a wax finish, and feels soft to the touch. Really soft.

I wanted a slightly more formal look, so I got the Shiloh model, which you’ll see in the pictures. It’s a plain toe with no broguing. Wilcox also offers a cap-toe version (the Fairfax) with broguing (which are decorative perforations along the seams). Both styles come in the brown you see here and also in a charcoal black.

You know, I’m raving about this boot, but I feel like I need to offer some negative feedback or you won’t believe what I say. So here’s one thing I’m wary about. The leather, as I said, is super soft. You can actually make a mark on it just by rubbing it with a finger. Because of this, I’ve worried about scuffing them. But Peter, the owner, says that’s a feature, not a bug, and that I should be excited to have boots with individual character. So there you go.

As another fair-play note, the welt split apart leaving a gap on the left boot. You can see it really well in the photo below, but it’s not as noticeable on the ground, and I didn’t even bother contacting Wilcox about it.

On a personal note, I’ve been wearing mostly zero-drop shoes (no heels) for so long that it was fun to add an inch to my height. The Shilohs made me feel literally taller and bolder.

These boots can do about anything too. They’re nice enough to go with casual slacks, but they look even better with jeans. And they’re rugged enough to go tromping through the snow in. (The laces rise high enough that you don’t need to worry about moisture getting in, but they’re not insulated, so grab your wool socks.) 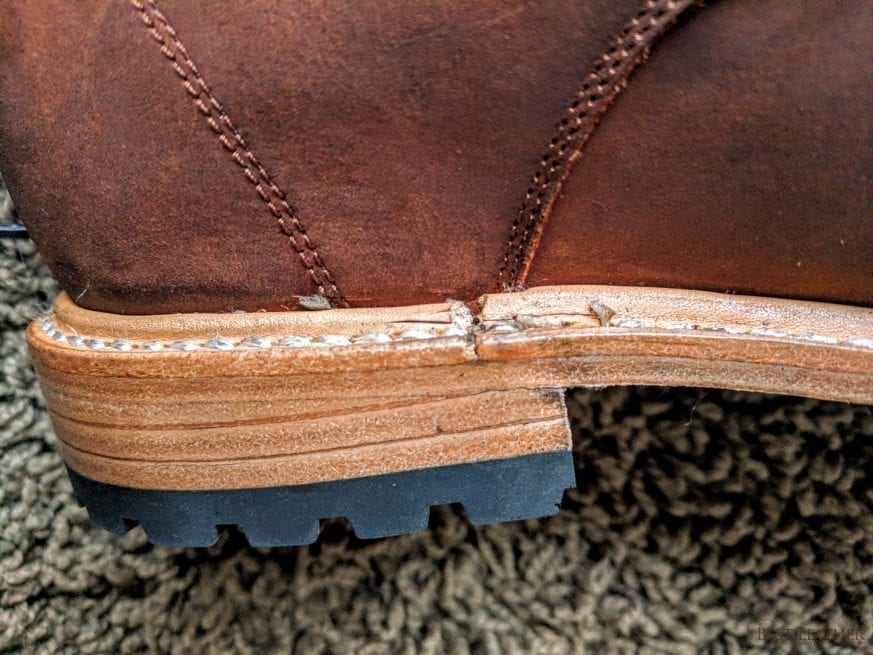 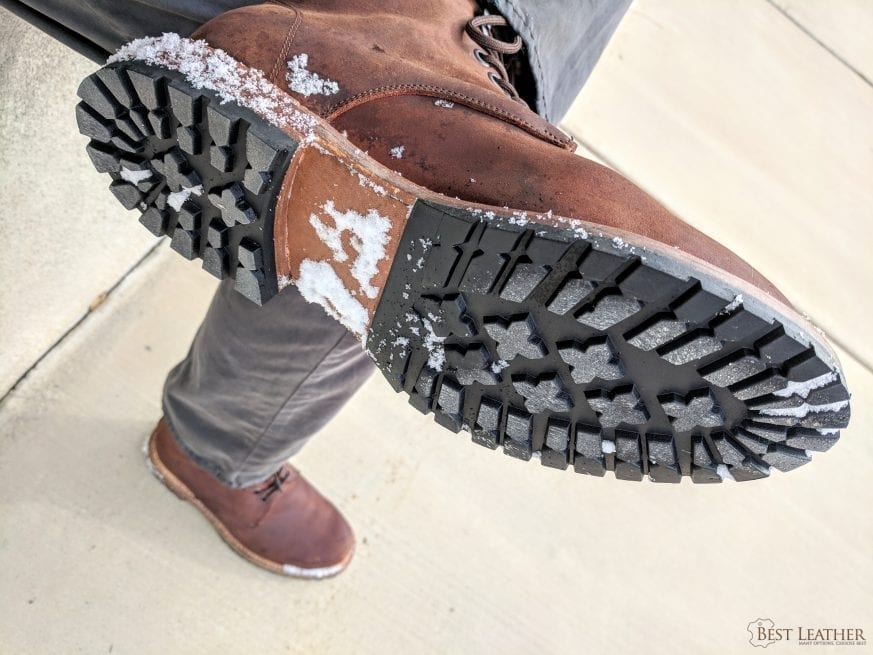 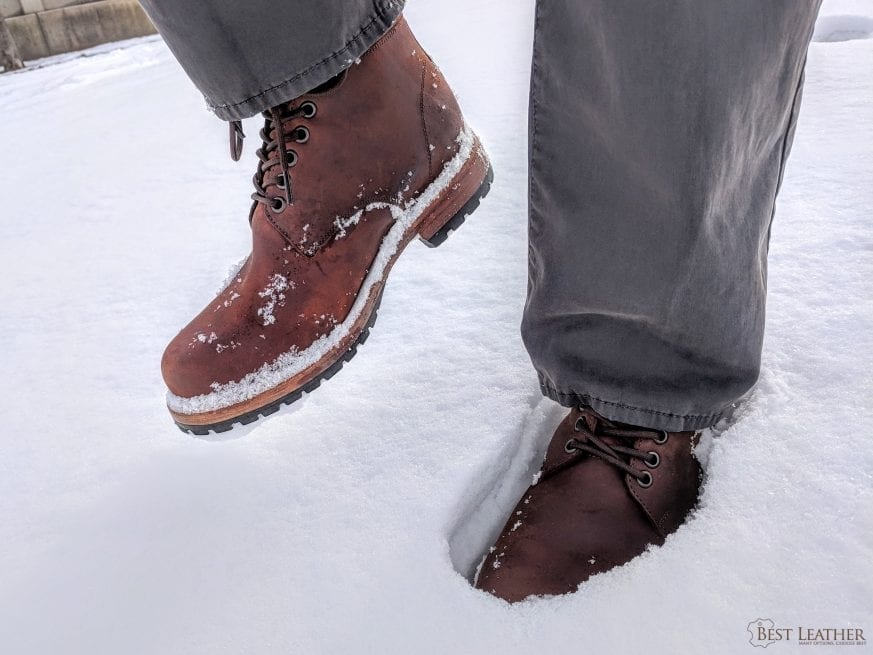 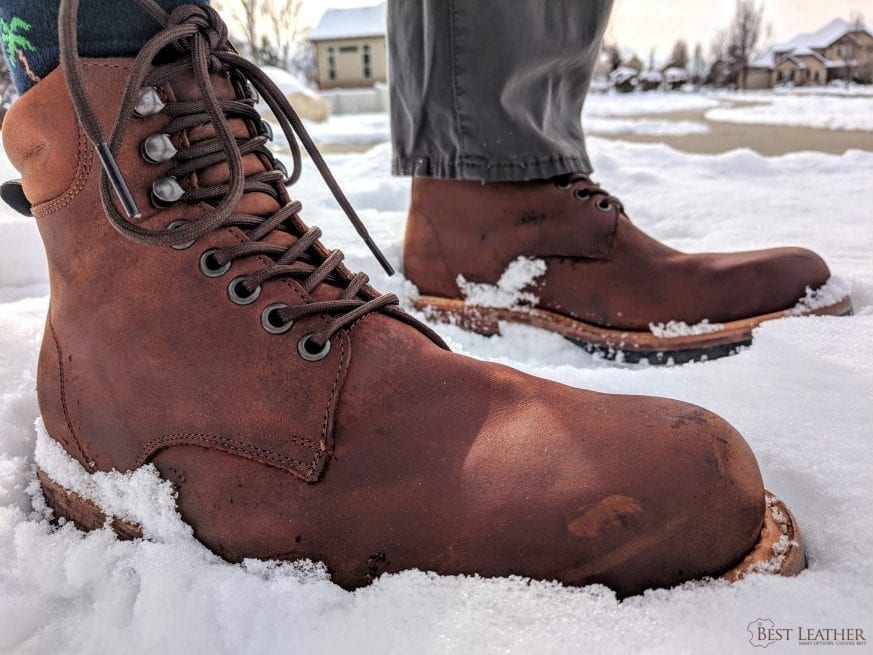 The interior is lined with a surprisingly soft calfskin leather. Yep, calfskin. It feels like a glove for your foot. It’s awesome. Your foot rests on an athletic insole with a memory-foam footbed below that–one of the reasons this boot is so comfortable. And there’s cork at the central part of the sole, which will slowly conform to your foot more and more over time.

The E-width seemed to fit exactly right. Well, almost. For the first couple days, my pinkie toes rubbed a little, but they’ve been good ever since.

The boot is built with a Goodyear welt, which shows the stitching around that top lip (the welt) and along the bottom of the sole as well (though on the Shilohs you’ll only see this bottom stitching between the rubber parts). Also, the welt on these is bold yet not too pronounced, which is a nice look. The 360-degree stitching means it goes all the way around the perimeter (not just part way). And the Goodyear method makes them easy to resole, which adds to the longevity. (If you’re the curious sort, look up “Goodyear welt” on YouTube.) The bottom line is that it’s a durable, water resistant way to build a boot.

The layering and stitching makes the sole pretty stiff, particularly at first. That should in theory be a downside for comfort, but, as I’ve said, mine have felt great from the first time I put them on. And for me, that stiffness actually makes them feel tough–the thick tread gives you a solid platform for going across uneven terrain. 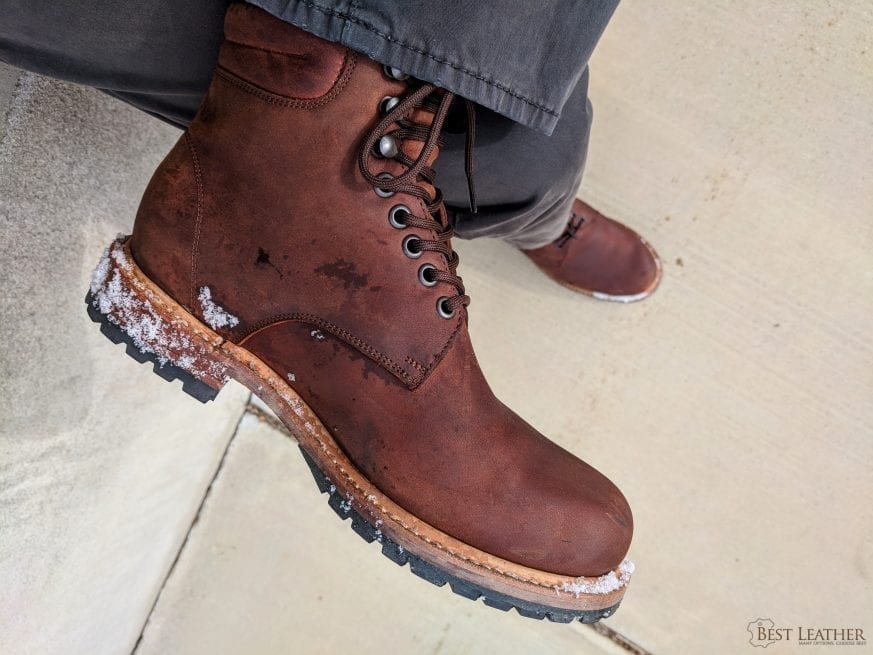 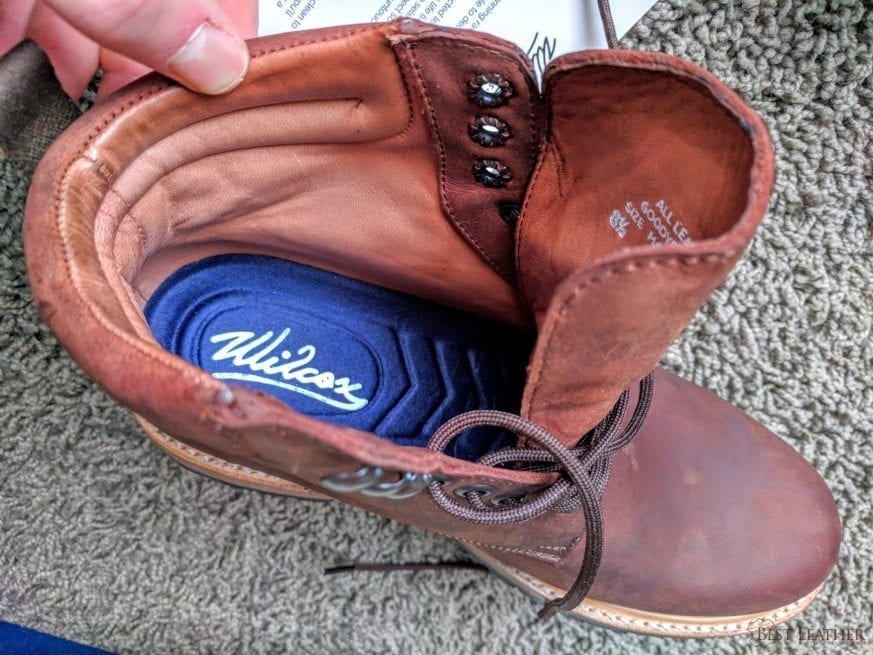 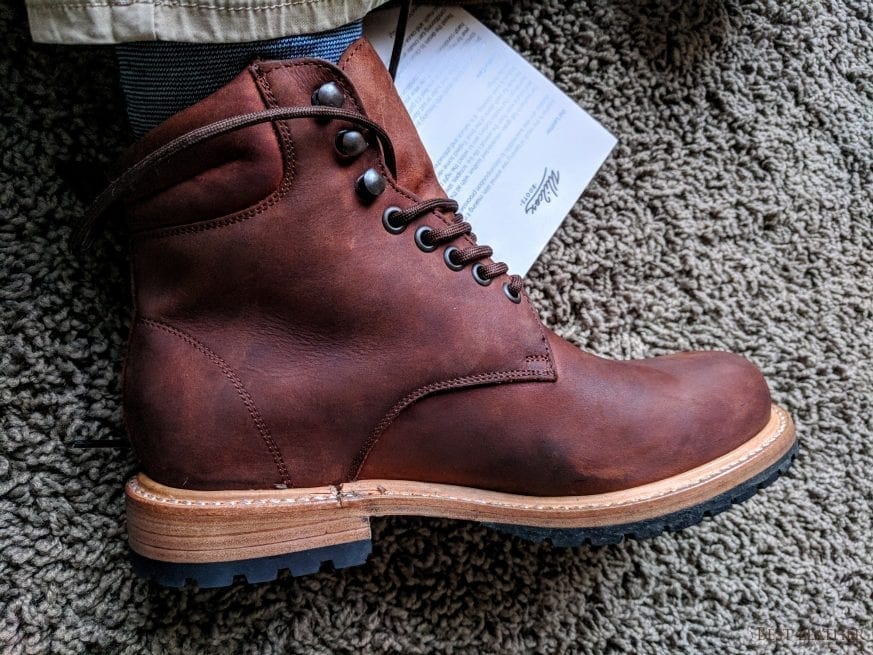 Wilcox’s Shiloh boots have a beautifully simple design, they’re made from quality materials, and they deliver comfort that still surprises me.

I’ve received tons of compliments on them. They also happen to go with nearly every outfit I’ve got, which is another huge plus.

In short, they’re a remarkable pair of boots I’m excited to rave about. 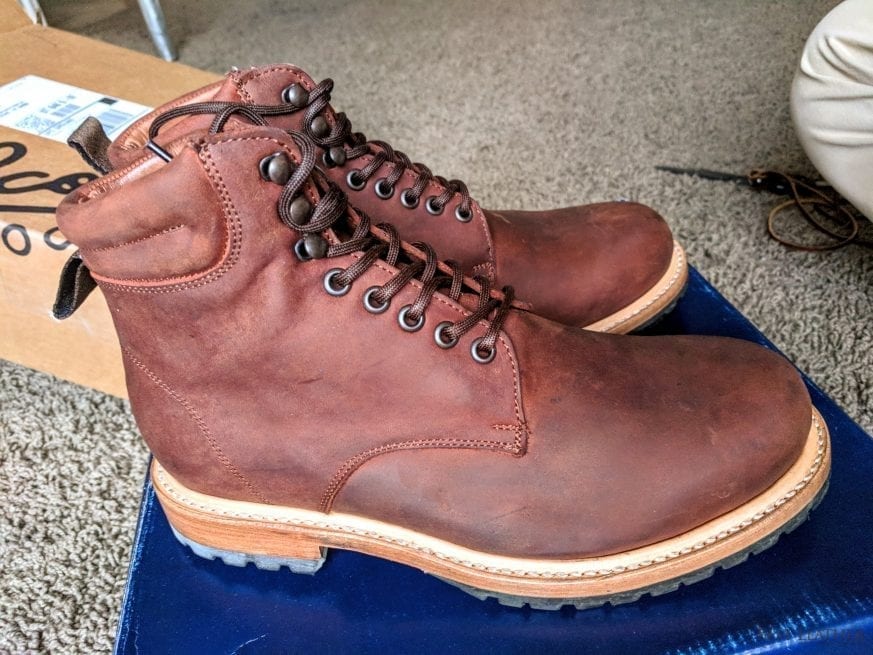 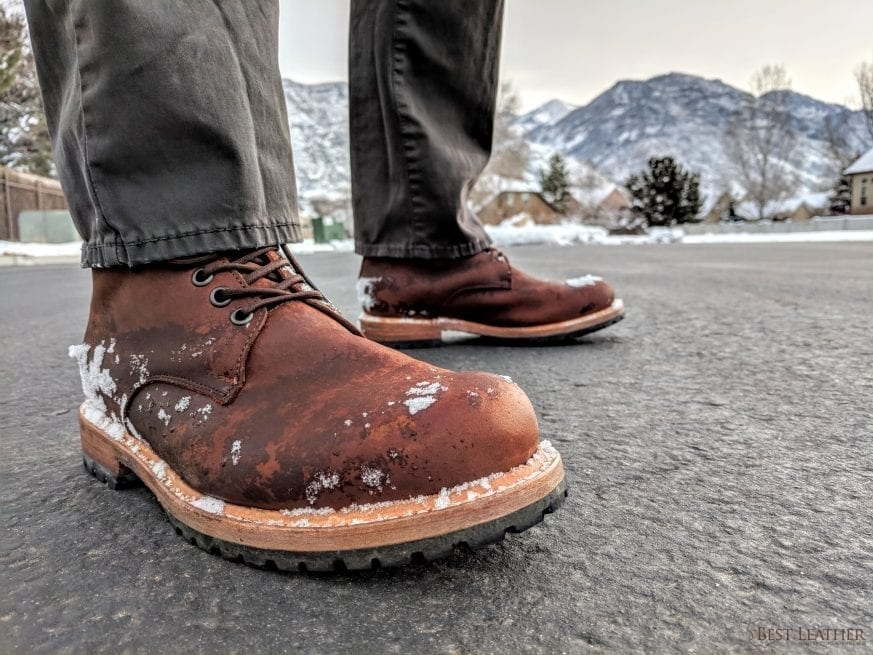