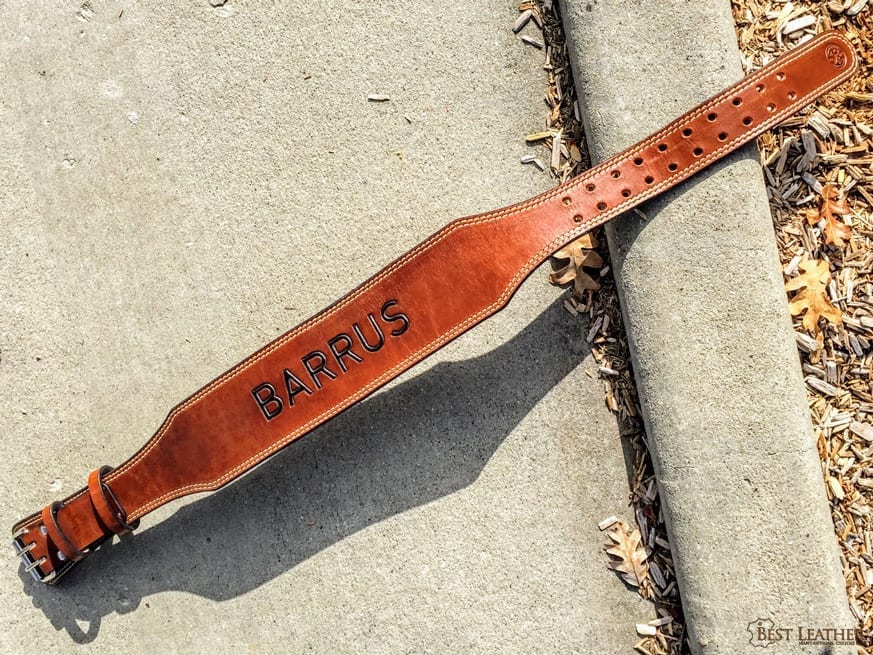 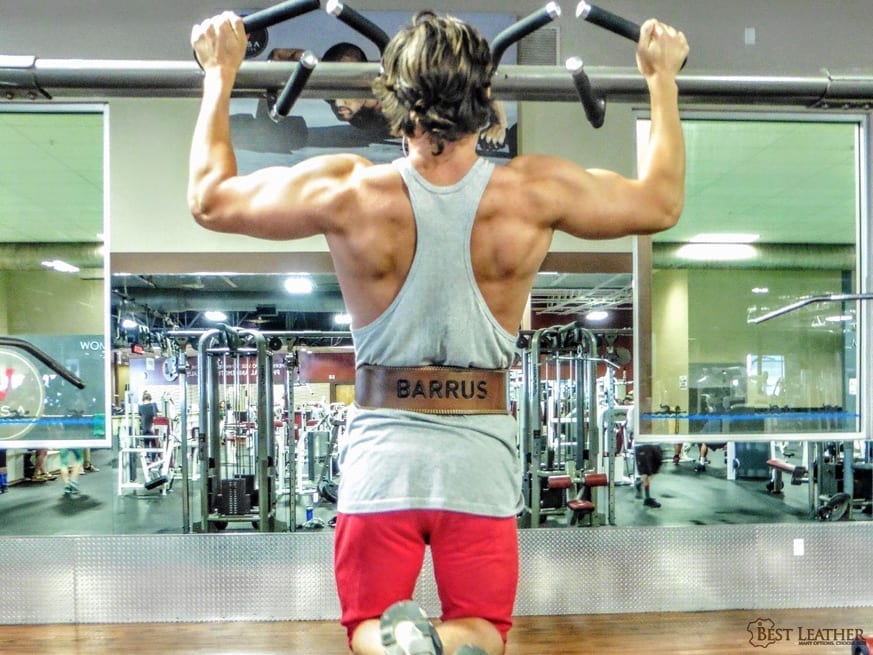 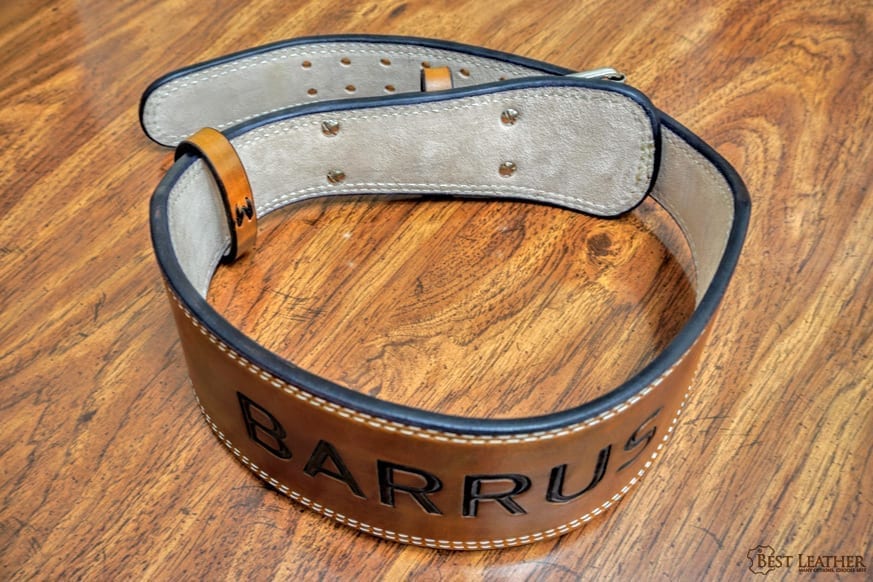 At first, I didn’t understand the importance of protecting my lower back. But as I got into heavier weights, I realized how badly I needed a belt. A good belt. Something that would remind me to keep my core tight and activated, which, in turn, would keep my back self-reliant. Something for my core to press and strain against under heavy loads.

I started using the generic belts abandoned at my local gym. I tried the nylon ones and whatever else I could find. Then I tried on a friend’s more expensive leather belt, and it was like nothing else. It fit just right. It hit me that I was investing all this time in myself but hadn’t done the same for my equipment. When I realized this, I decided I was going to find a belt I would love.

My quest came to a close thanks to Instagram and a tip from a good friend. My first Men’s Physique competition will be in March 2017. I’m eager for the challenge, and I’m excited to bring the Wallis Standard Weightlifting Belt along with me. 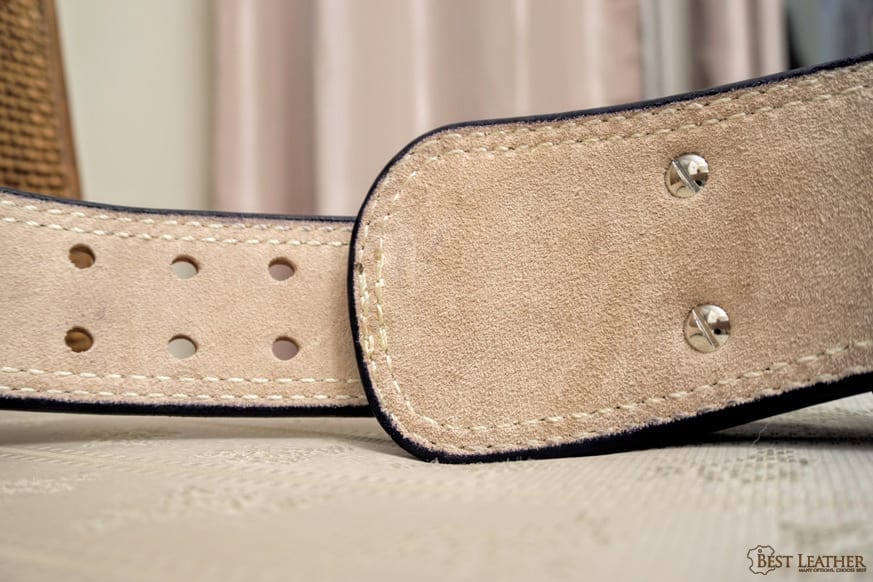 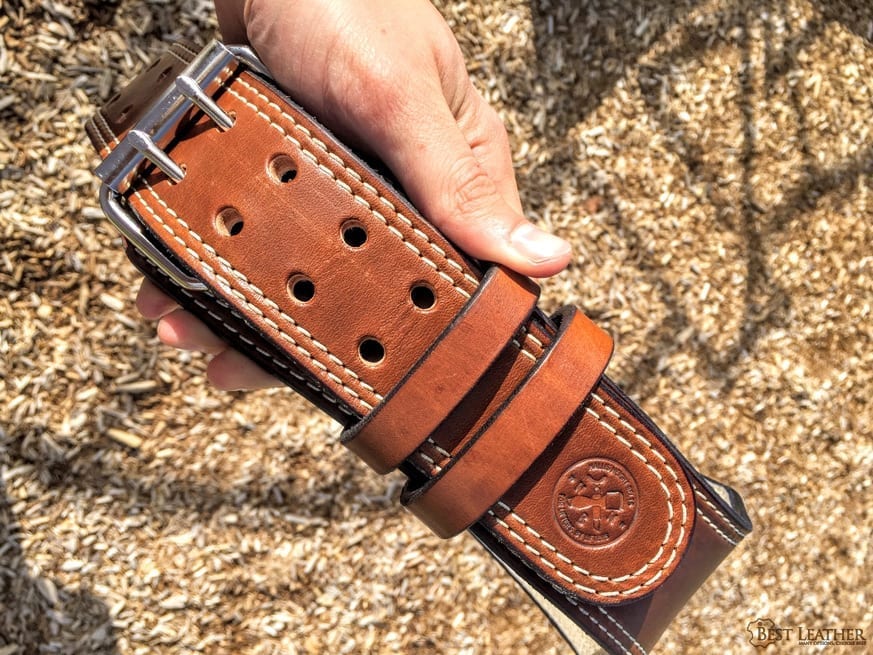 I spoke on the phone with Garrott and Evan, the founders and craftsmen of Wallis Weightbelts, and I learned the story behind their products. They met in 7th grade band practice. After college, they landed at the same gym in Lubbock, Texas. That got them talking about their mutual passions, which led to making CrossFit weight belts.

Their high quality work has made a splash in the industry, and they’ve gained a faithful Instagram following, thanks in part to the high-profile CrossFitters who use their products, including champs like Brooke Ence (2015 CrossFit Games).

As far as the craftsmanship goes, they’re confident that no one does what they do with the same level of quality, and I’m inclined to agree. 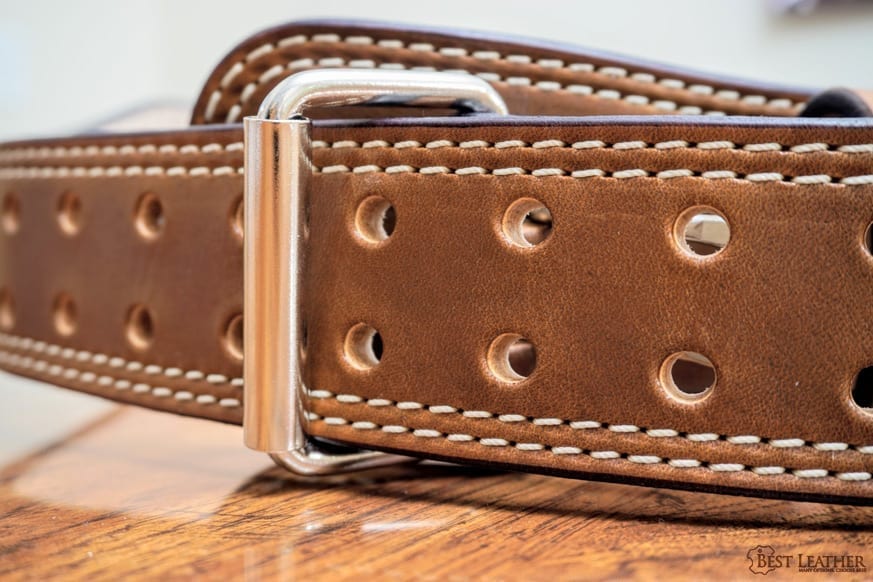 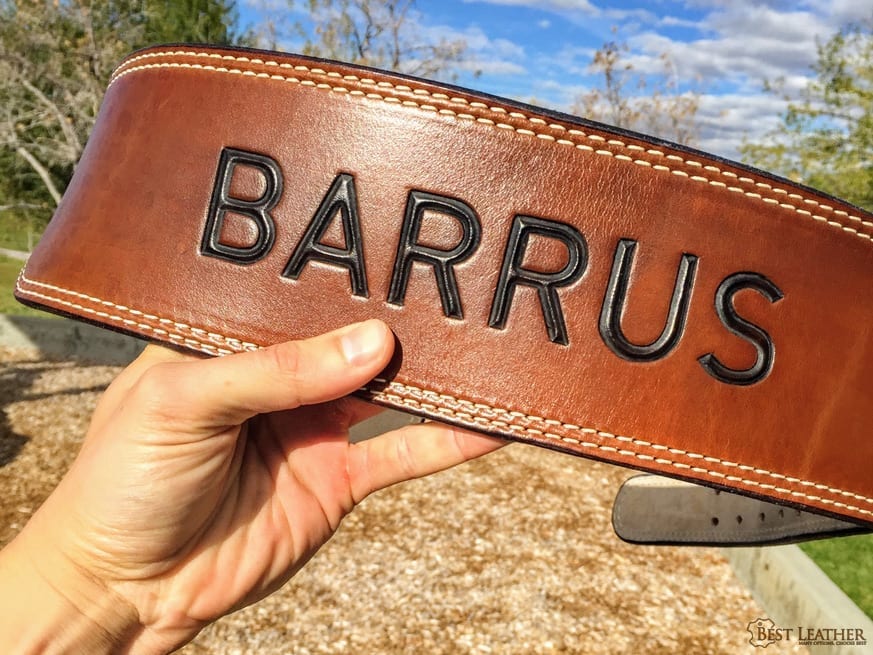 First thing out of the box, I couldn’t stop handling this belt.

Just hefting it, you get a sense of its quality. It’s simply designed, and the detailing is beautiful. The belt is cut by hand from a single piece of thick, 0.8cm, cowhide leather (American and vegetable tanned). It’s sourced from the Hermann Oak Leather Company in St. Louis.

The tail of the belt is held down by a keeper. I’ve had the belt a month, and there’s only one problem I’ve seen—the hand-stitching on the keeper loop has unraveled slightly, though not enough to compromise the loop. It adds something to the rugged aesthetic.

The buckle is heavy duty. It employs double prongs, making an extra strong latch. It has a rotator around the end of it, which makes for smooth, easy buckling. And the buckle’s attached with a fixed loop to the main piece of leather by four Chicago screws. 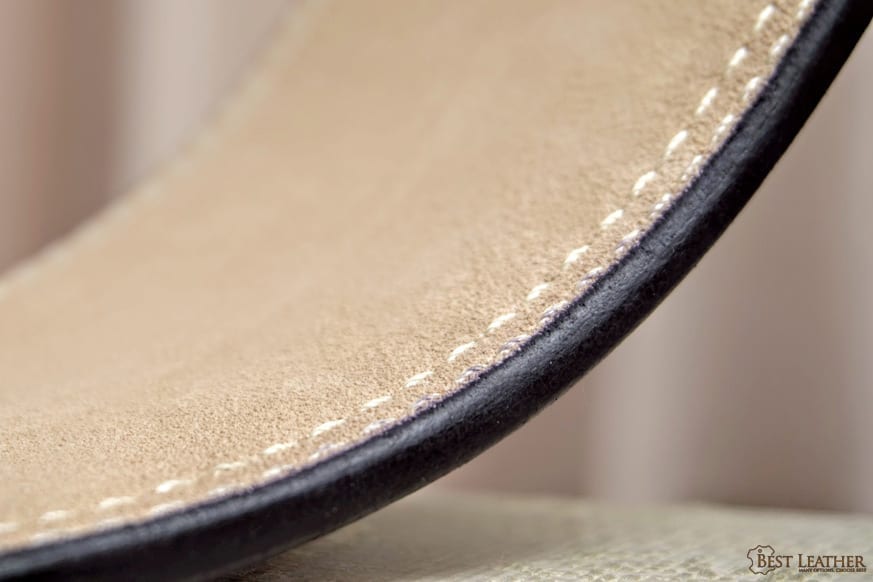 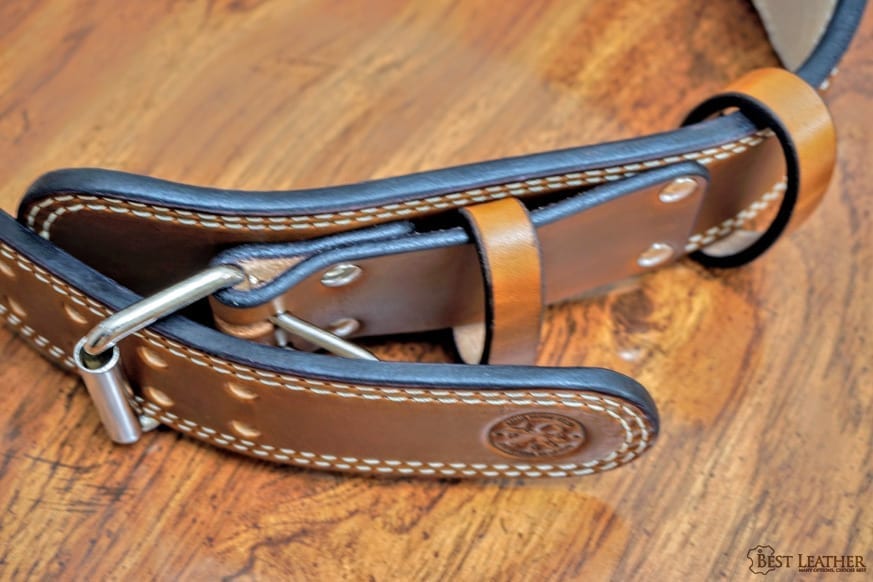 The actual belt is 4 inches wide, enough to provide proper support through a variety of lifts, but not so wide that it impairs range of motion. The edges of the belt are burnished in black, giving it a smooth surface. It fits snugly to the body, and the interior suede feels great.

Just so you know, for the first two weeks of use, the stiffness of the keeper loop bruised me right under my rib cage. But now a month after using it daily, the belt has molded perfectly to my body and is incredibly comfortable in every sort of lifting position. It hasn’t decreased my satisfaction, but it’s something to be aware of—so expect to take a little time breaking it in.

Ten double adjuster holes run along the tail of the belt, spaced perfectly for a flush fit to the body. And they’re close enough that I never got stuck between a hole that’s too loose and the next which would be too tight. I used the sizing guide on the Wallis website, and the fit was so perfect that I’m currently using the centermost hole. That leaves me tons of room to gain or lose without growing out of the belt—another factor that adds value to a long-term investment. 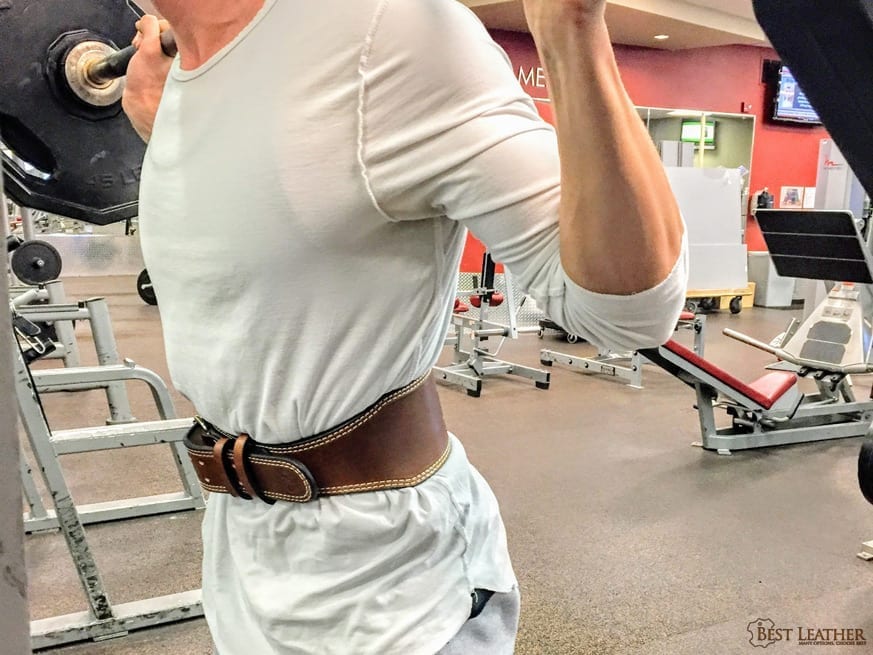 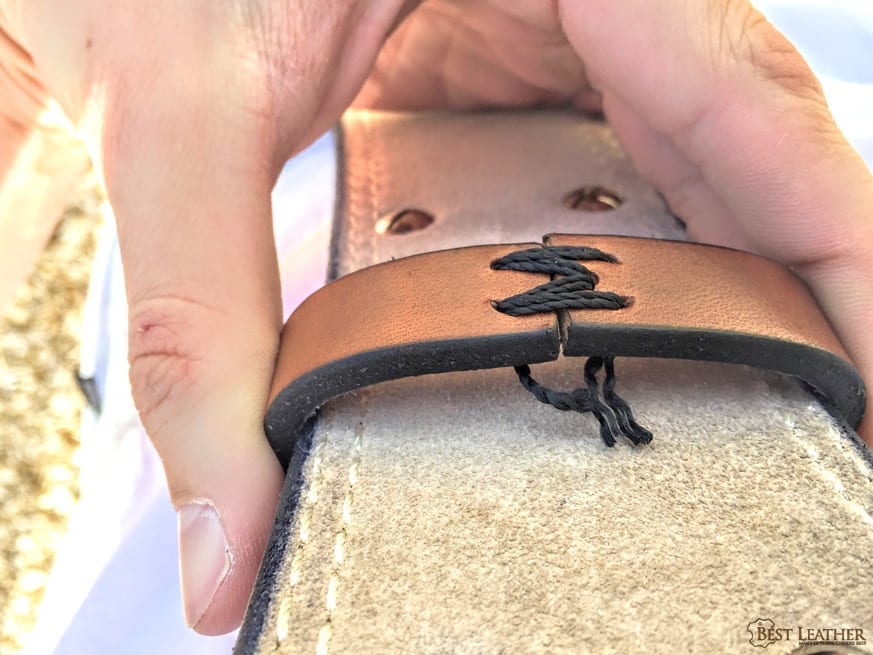 I upgraded my belt from the “Standard Weightlifting Belt” to include some simple customization. I added my last name across the back, and it’s beautiful. The Wallis team did a fantastic job on this personalization.

The belt also uses contrast topstitching. You can request different colors, which is another way to make it more uniquely yours. 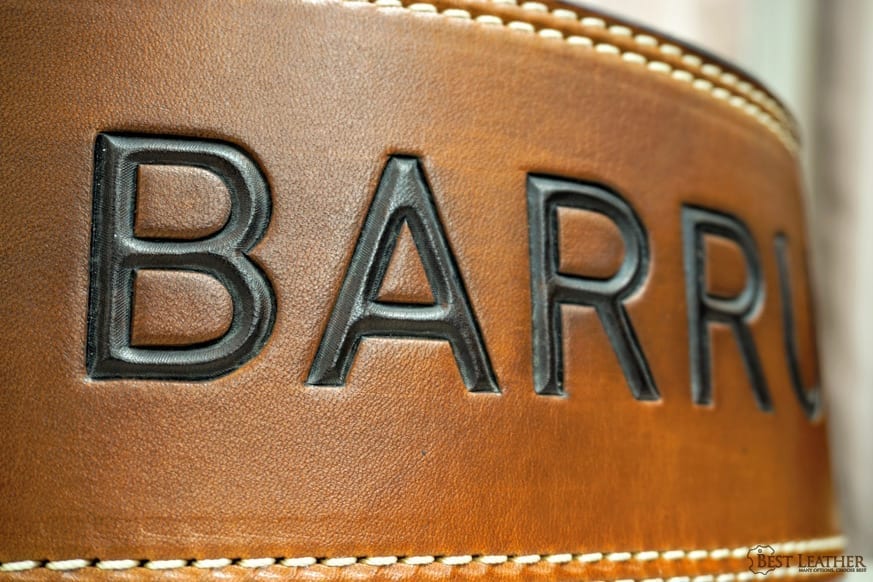 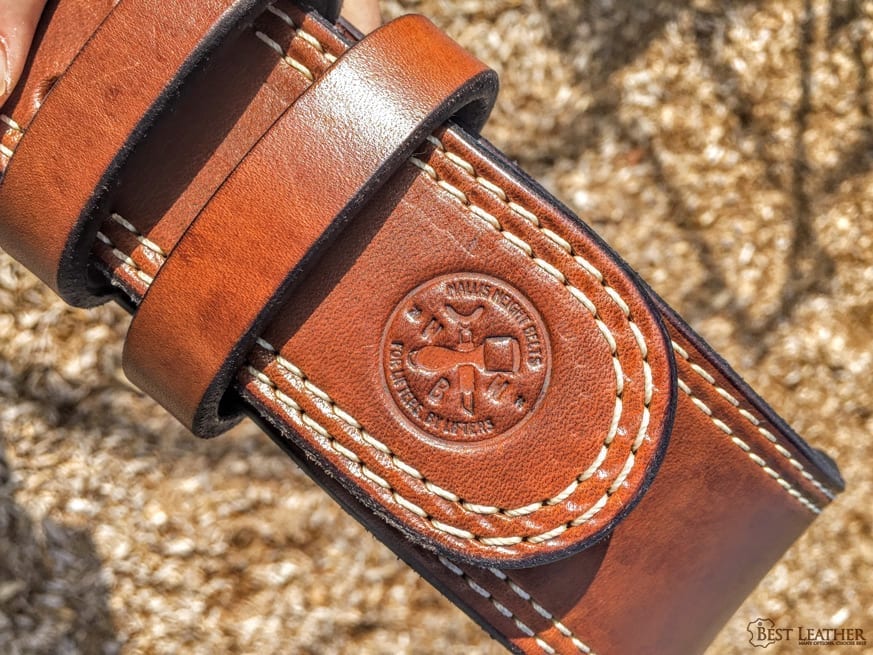 The Wallis Standard Weightlifting Belt is a fine piece of a craftsmanship. I’ve loved using it. Its cost reflects its value, and I think it’s more than worth it. I’m glad to recommend it to my fellow CrossFitters and weightlifting enthusiasts.

[Jason Barrus and J Washburn wrote this review in collaboration.] 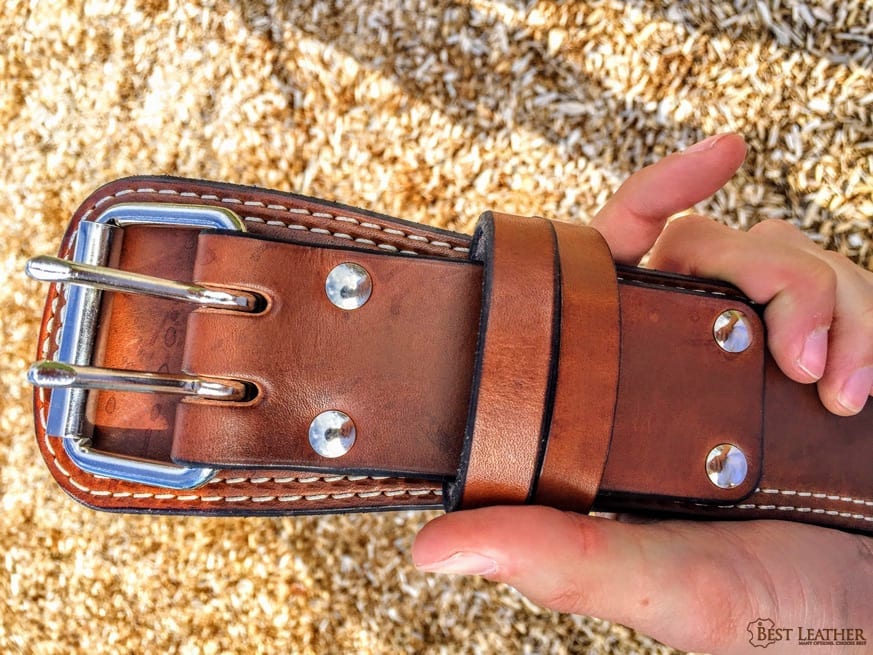 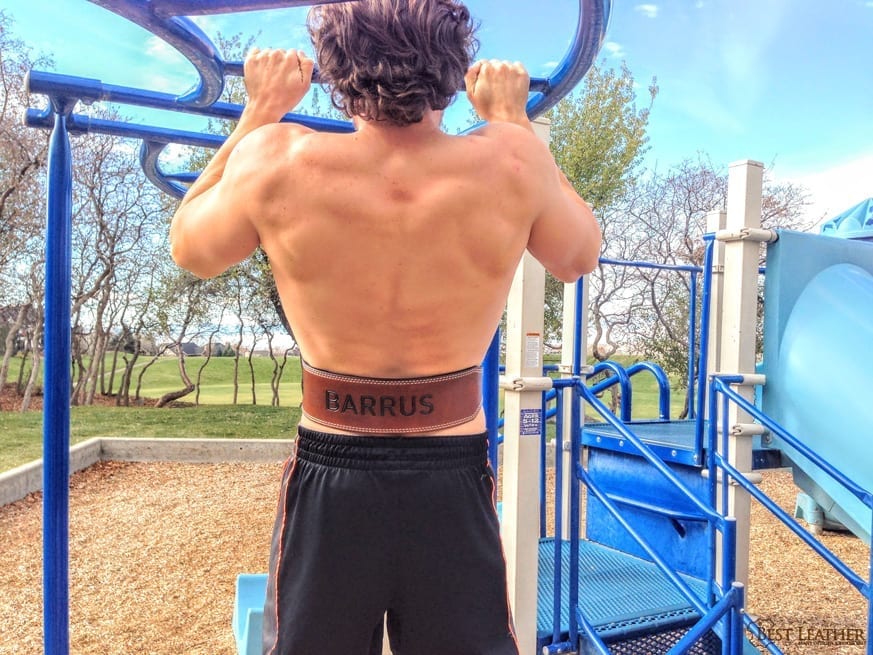