These shoes smell delicious. I’m not sure why that still stands out to me but the pleasure of their aroma is notable. It reminds me of a sweet woody smell with a factory twist. Though it seems strange to say the flavor is distinctly German. Dubbing themselves “The Berlin Shoe Brand,” SHOEPASSION is one of few German shoe manufacturers still making classics. Their heels are still produced in the recently featured Rendenbach factory from traditional designs and attached to contemporary shoes that feature modern technology. The “passion” poured into their craft is clear in their lovingly constructed website chock full of information and guides to selecting and maintaining shoes, a passion that is true to the company’s name. Zeal for product however is seldom enough to justify a $280 price tag, but a shoe like the #591 double monk-strap can stand on its own merit. 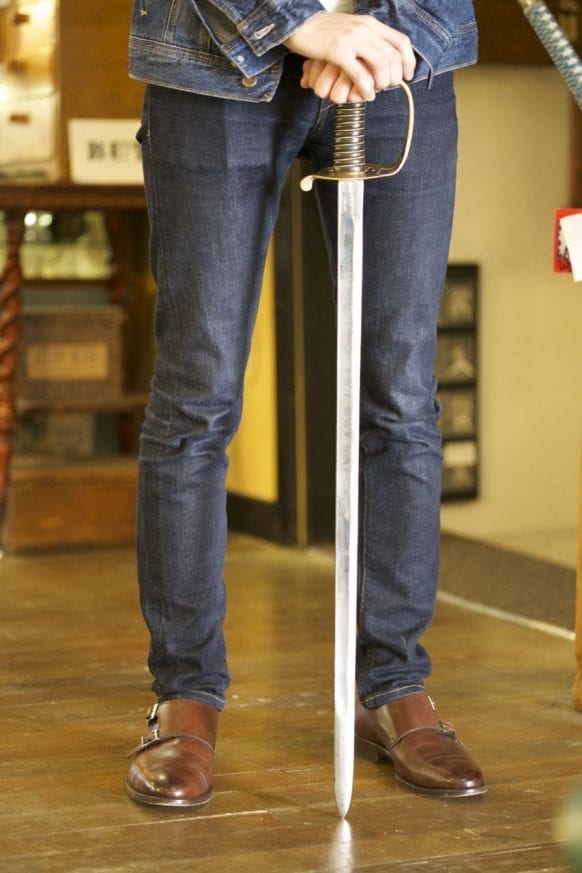 They are suitably well built. Monk straps shoes are formed in a similar manner to derbys meaning that the last is separated into two parts where the eyelets would be but are here covered with the strap. Flexible and well shaped, the strap is a sturdier alternative to laces and additionally strengthened by the use of metal buckles. These two buckles are attached to the shoe with pieces of elastane so as to allow the shoe to function as a slip-on at will – a course of action I cannot recommend if you lack a shoe horn with which to put them on. 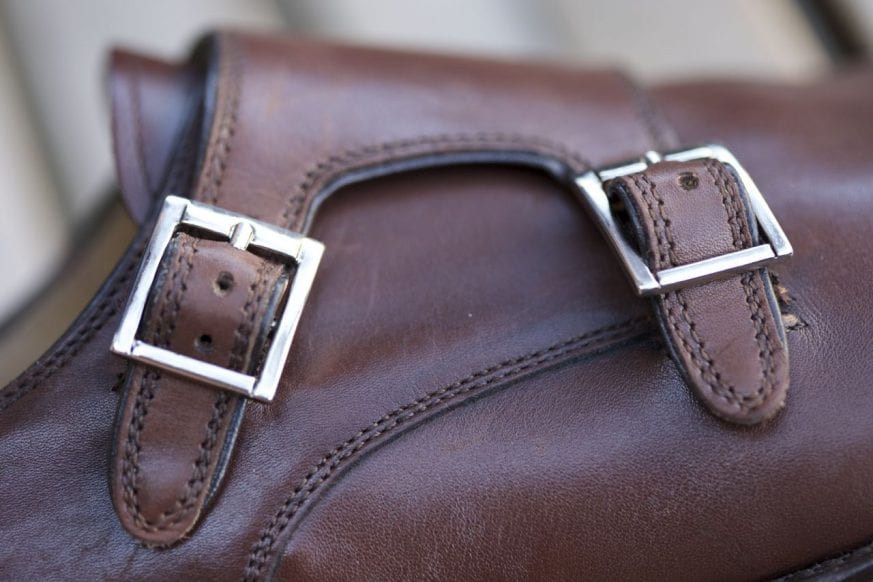 The sole is thick, all of the seams are clean and seamless as well as subtly double stitched for strength and the goodyear-welting is solid. Box calf leather covers the shoe, which is thinner than a shell cordovan, but also pliable enough to be more forgiving. Included in the packaging for the shoes is a pair of rubber vibram sole covers which a cobbler can put on for around ten dollars. This offers extra waterproofing and an extended sole life, which is a good idea for a three hundred dollar shoe. 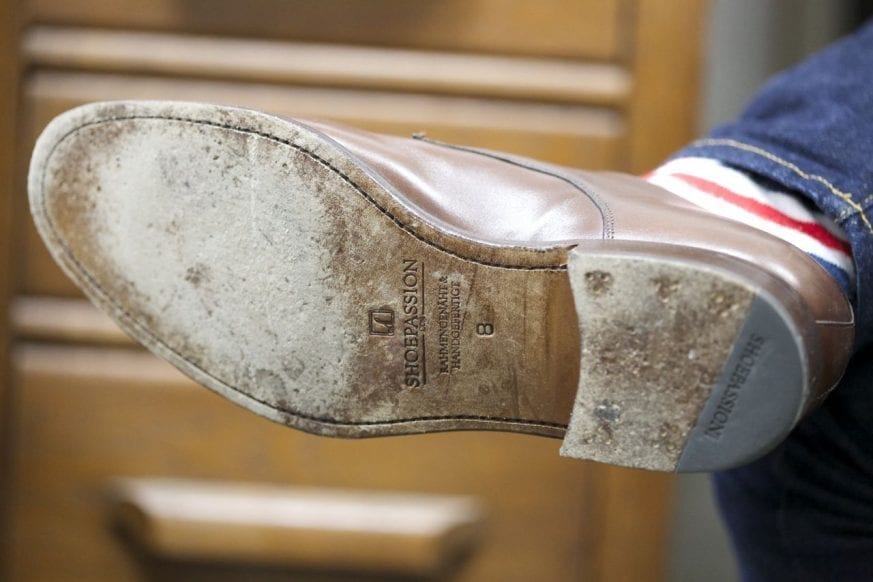 Monk straps are generally less popular than derbys and oxfords and are therefore still somewhat of a rarity in America. They do have something alien to them, perhaps the strange process of fiddling with two straps rather than a set of laces when donning or removing them. This takes a little getting used to but eventually the process of removing each strap from the buckles is a cinch (faster than a pair of laces, in fact). 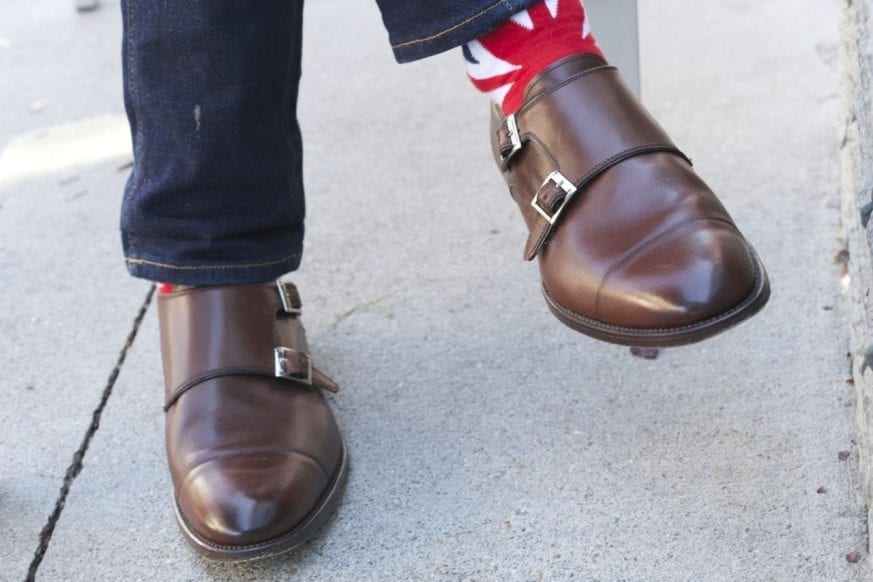 As aforementioned this style is intended to be a slip-on which is not quite as seamless a process. Without a shoe horn attempting to slip monk-straps on and off would ruin them; it is still a bit dangerous with the horn. The weight of the shoe is the greatest inconvenience and left my surprised feet like overworked oxen at the end of a few days. Solid box-leather shoes with such a thick sole were not surprising with their weight though it should be taken into consideration if your intention is to wander city streets for longer than a couple hours. 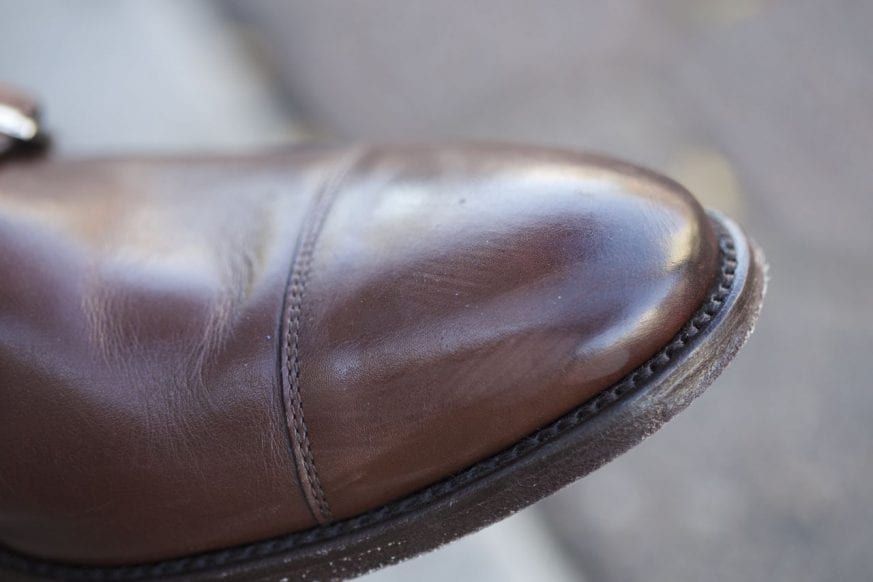 The dark brown of the last is a deep rich color featuring an artificial toe-cap patina and complemented by well chosen silver buckles that add to the sleek appearance. The cap toe proves a good choice for the target aesthetic of the monk-straps breaking up the length of an otherwise long toe. These are not considered formal footwear but semi-formal a few steps below patent leather oxfords and such. In this niche, #591 can be worn with a variety of jeans, slacks, and even the right shorts; good pairings abound with a good looking shoe, which is something that stretches back to the origins of the dress shoe. 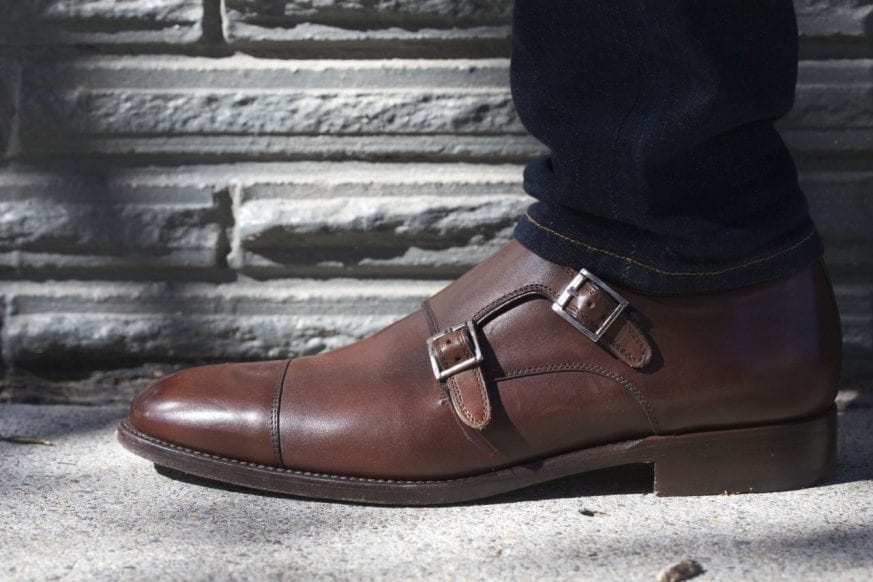 Even within the confines of staple dress shoe versatility the monk-strap is a unique shoe, one of its strongest points. In any group, even one of well-dressed men, the double monk-strap is still capable of standing out (a task considerably more difficult for its derby and oxford cousins. 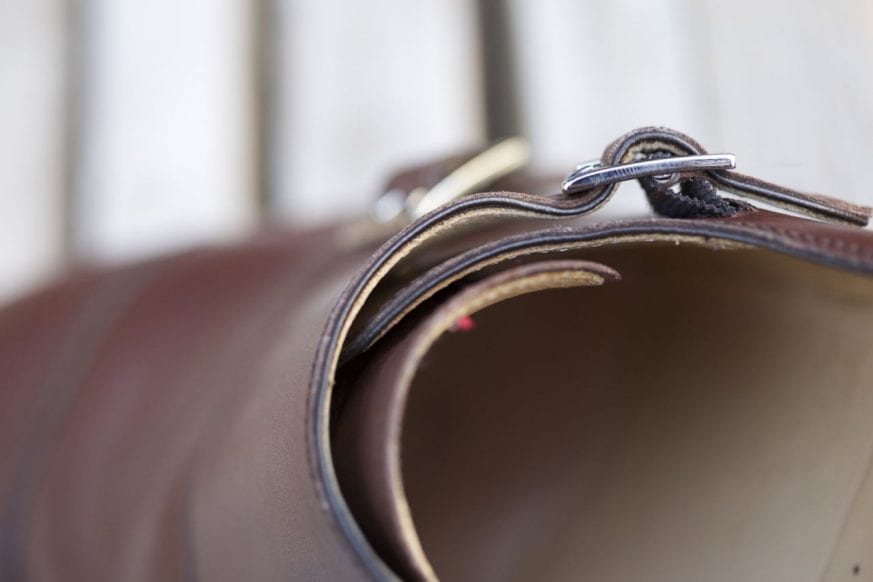 At €219 ($281) SHOEPASSION’s #591 double monk-strap is among a wave of more affordable luxury shoes, comparable in quality to the American made Allen Edmonds. That much being said they still performed above my expectations. Though soft these are a reasonable option with a strong sole and good physical design that is aided greatly by how well they are constructed . A little heavy after extended periods of wear and difficult to slip on and off there is still enough charm and comfort (assuming they fit well, take UK sizing into account when purchasing a pair) in the laceless design to merit an investment in a pair of these German luxury shoes. 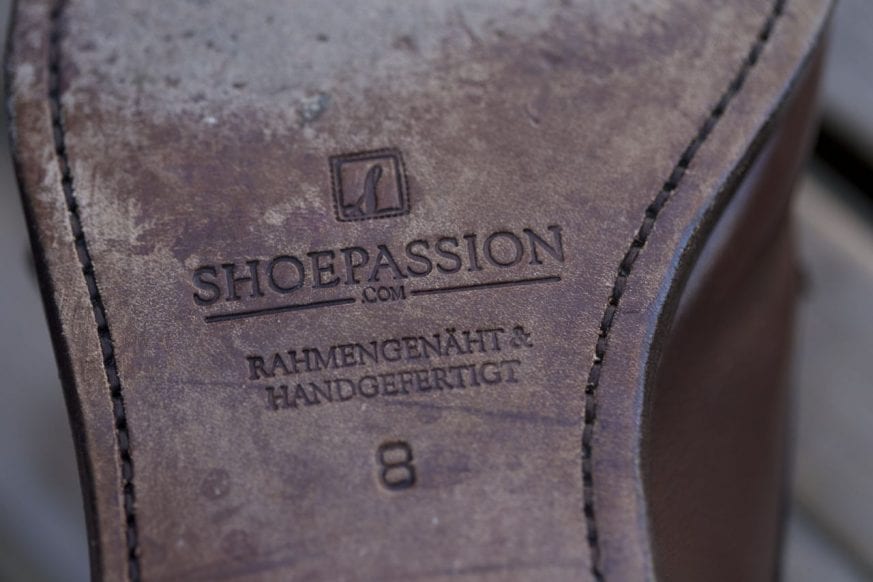 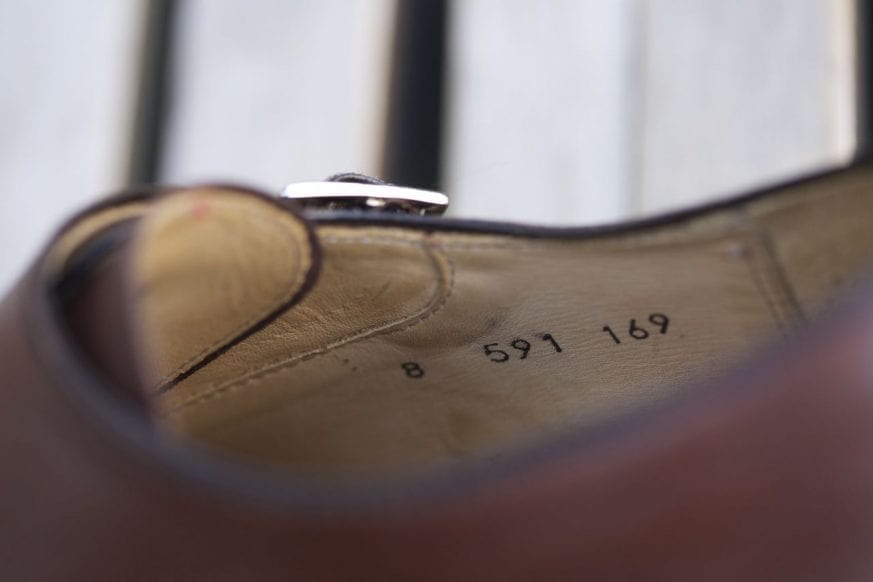 Souls in the Waves

Fantastic Early morning, I just stopped in to visit your website and imagined I would say I liked myself.

Hi Jake, nice review! Could you do a follow up on these to see how they’ve held up? Thanks!

Jake is unfortunately away at advance training with the Air Force for the next several month. When we are able we will ask him if he can provide us with a quick follow up report on the shoes though. Thanks!