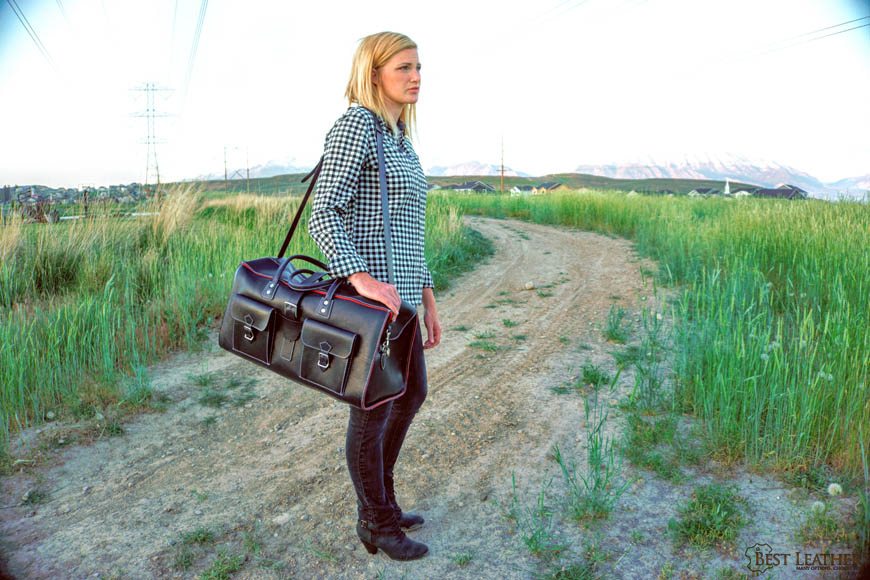 The French word for leatherwork is maroquinerie. If you take a closer look, you’ll notice the root word Moroccan embedded in it. In fact, you might transliterate the word as “Moroccan artistry.”

“If the French guys give you a name, you know it’s a serious business.” That’s what Kamal Jahid said when I spoke with him over the phone about his upcoming Handmade Moroccan Leather Weekend Bag by Meqnes.

“Tourism is changing Morocco,” he said. In their rush to see site after site, tourists readily pay the same price for lower quality. That makes high quality no longer worth it. A people that were once famous for their leatherwork now create cheap products for undiscerning masses. And the craftsmen are not teaching their children either, so the art is dying.

That’s why Kamal and his co-founder David Liebers created Meqnes. They went directly to these marketplace artisans to talk in person. “They are generous and authentic–real people who sit down with you and ask about your family.” Together they made a deal: Meqnes would get a pledge from Kickstarter backers, and the artisans would then fulfill the order. Not having to stock these products lowers the risks for the artisans.

And it ensures that the world will get to see real maroquinerie once again. 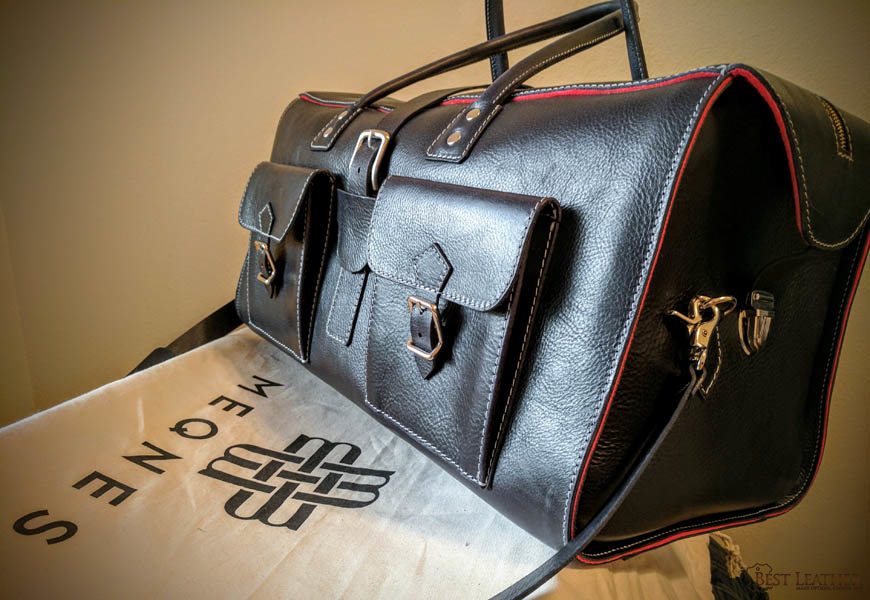 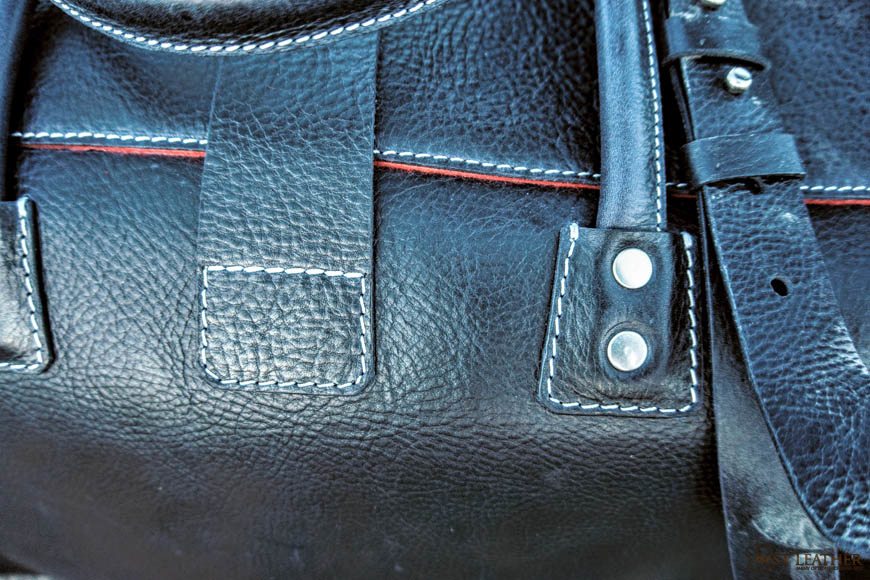 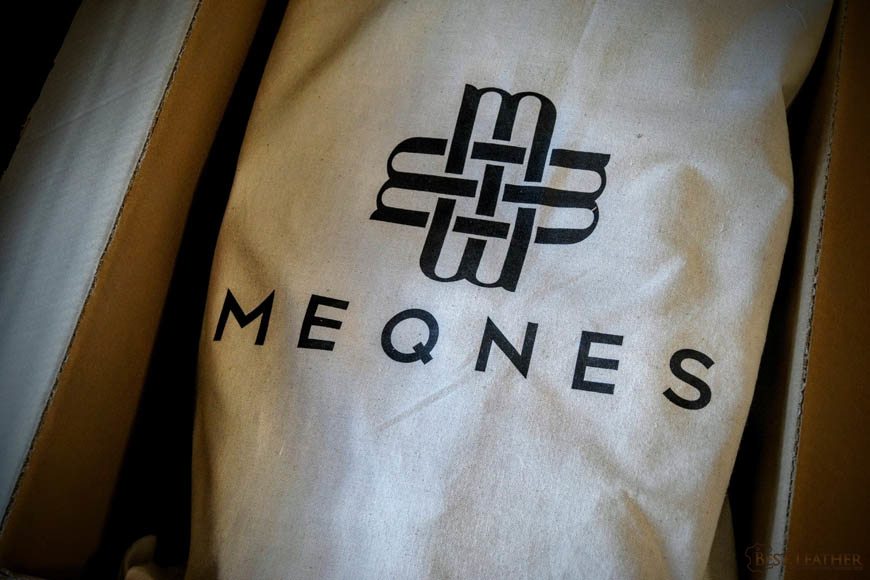 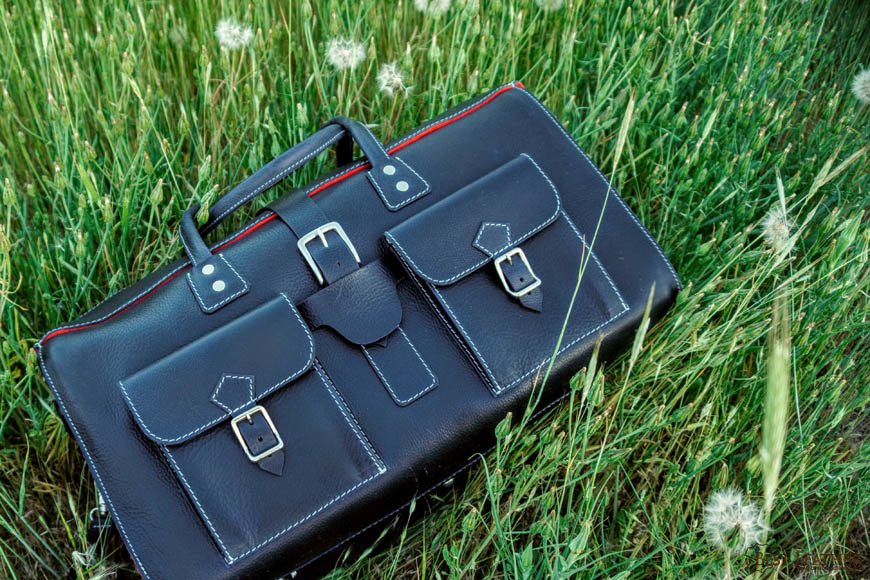 Meqnes will make these bags from a thick calfskin leather sourced from Poland. It’s full-grain, vegetable tanned leather. When you knead it between your fingers, it’s especially thick and full—feels hardy, like it’ll last forever. I mean it—just touching it is a huge selling point.

As you may have guessed, I am using one of just three prototypes of the bag. But it isn’t the final version to be produced with the Kickstarter funds. So while the leather is top notch, the prototype’s metals aren’t. This is because, as David, explained, “It was difficult to get them in small quantities, so the zippers and buckles will be a lot higher quality in the final version, made with solid brass from a designer Italian company.” 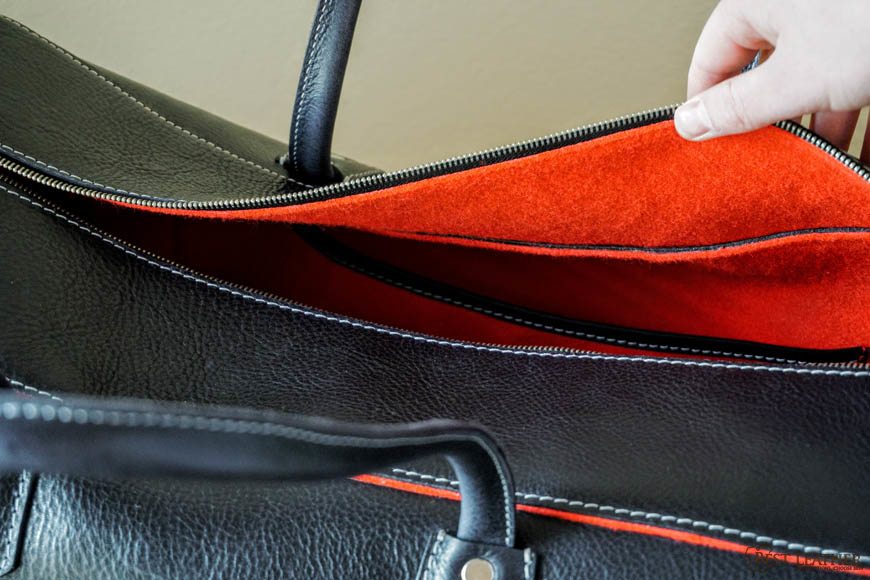 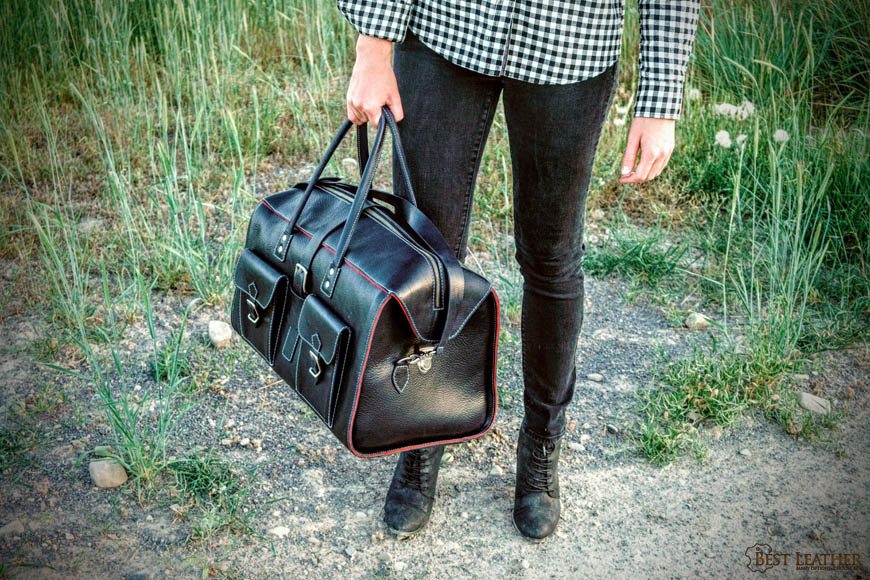 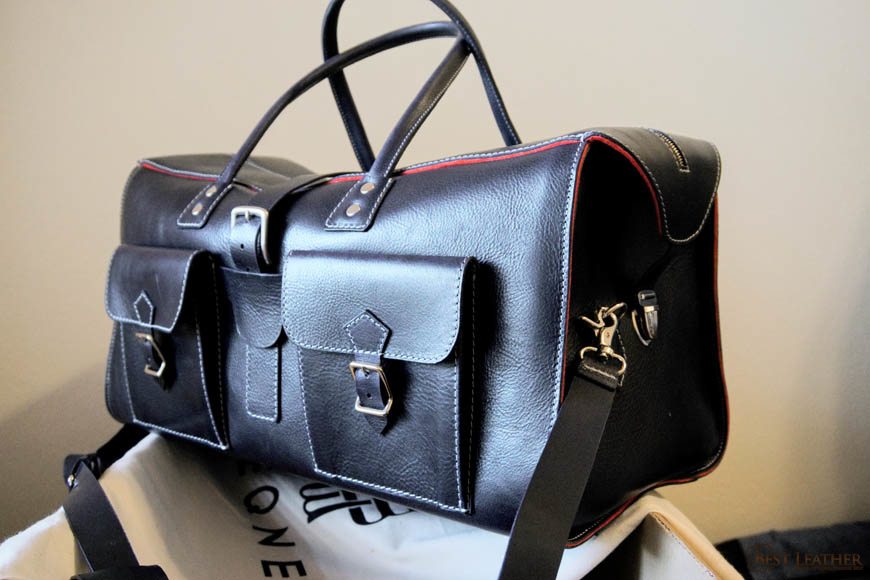 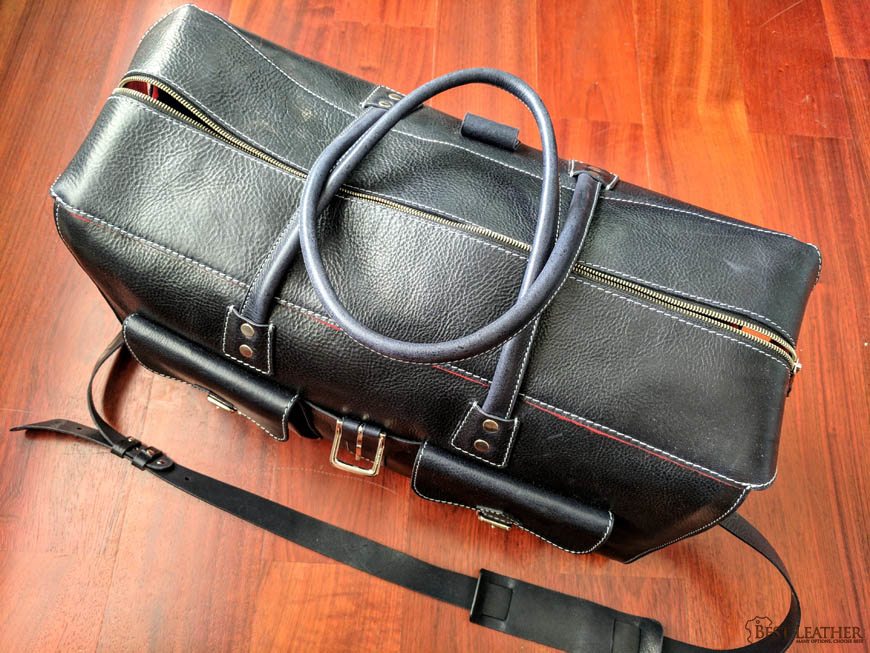 The dual handles are firm and comfortable. The shoulder strap is made from a single thickness of leather, which, again, is sturdy stuff. The strap is also removable if you’d like to minimize. At roughly 12”x12”x24”, the bag fits IATA (International Air) standards, so it’s an excellent carry-on companion.

When you zip the bag closed, the flap where the zipper ends hangs disconnected unless you also affix it to its clasp. This adds an extra step, which is a bit of a hassle if you’re frequently opening and closing the bag. The same goes for the buckle that crosses over the zipper and fastens in the center. And the pockets on the front are real buckles, which look amazing, but aren’t designed for quick access. These are each cool looking features (I love how they look), but they’re a slight drain on the user experience–giving up functionality in exchange for the aesthetic.

If you’ve watched the Meqnes Kickstarter video, you’ve heard Kamal talking about the bag’s structure. This really is a stand-out feature. By contrast, I was trying to find a tube of lip balm in the bottom of a different bag, and I could never quite tell whether I had searched the whole thing, because I could only see into the part I was holding open–it was frustrating. Not so with the Meqnes weekender. You just pull open the top, and you can see all four corners of the interior. Nothing gets lost because the sides don’t collapse. This made me smile. What’s more, the velvet red interior reflects light and makes it easy to spot even small items inside. (And it really is quite bright–I even undersaturated the color in a few shots to recover some of the blown-out reds.)

The interior has one large pocket across the back wall. Big enough for a laptop, and perfect for tucking in your shaving kit and other small items. And I like the simplicity. 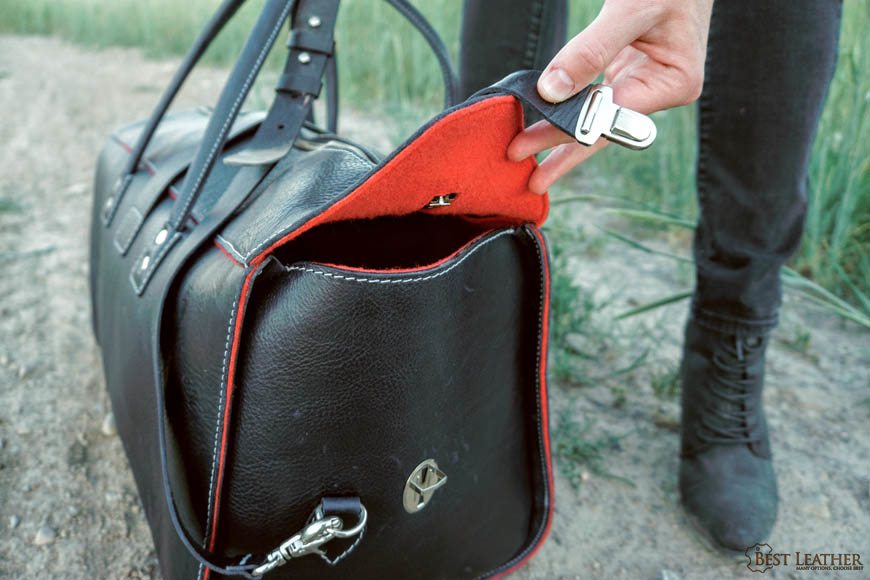 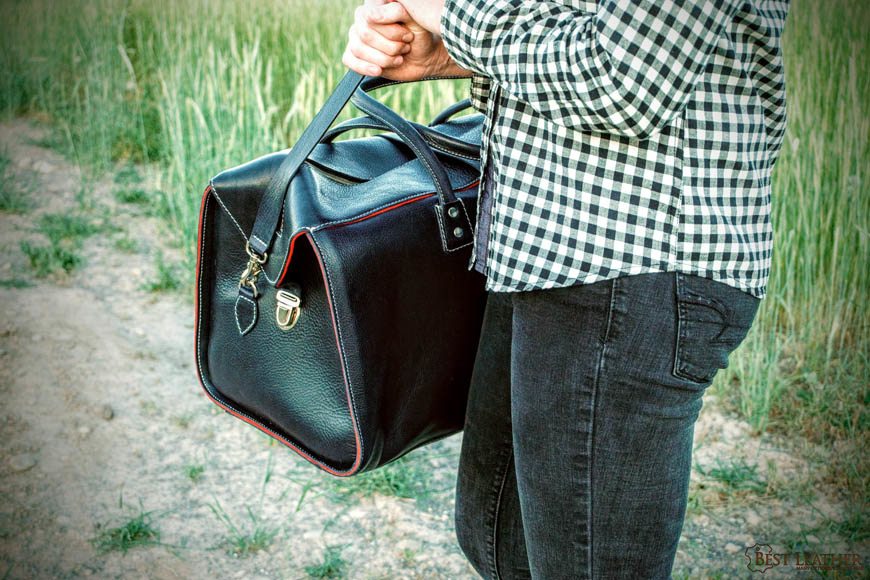 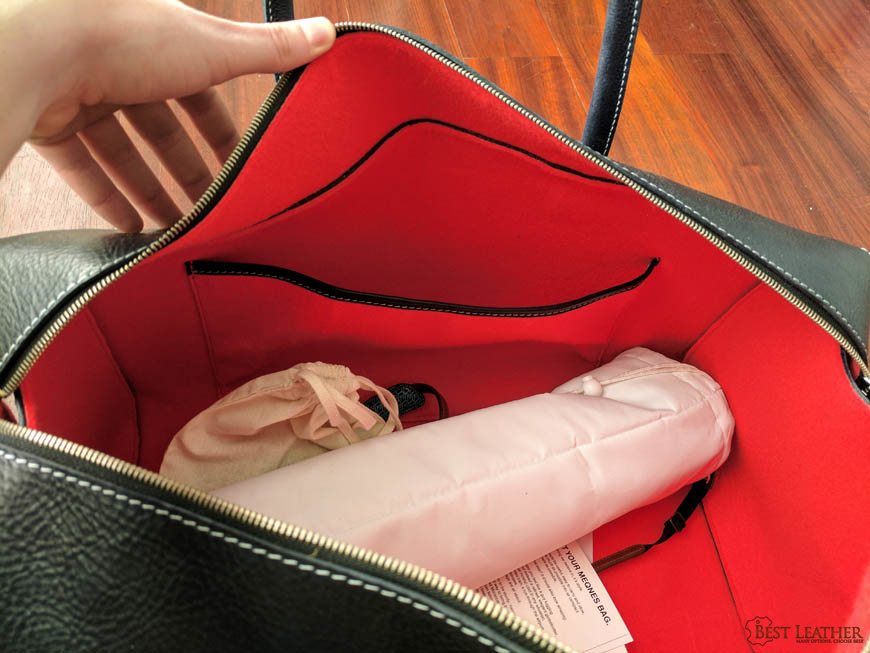 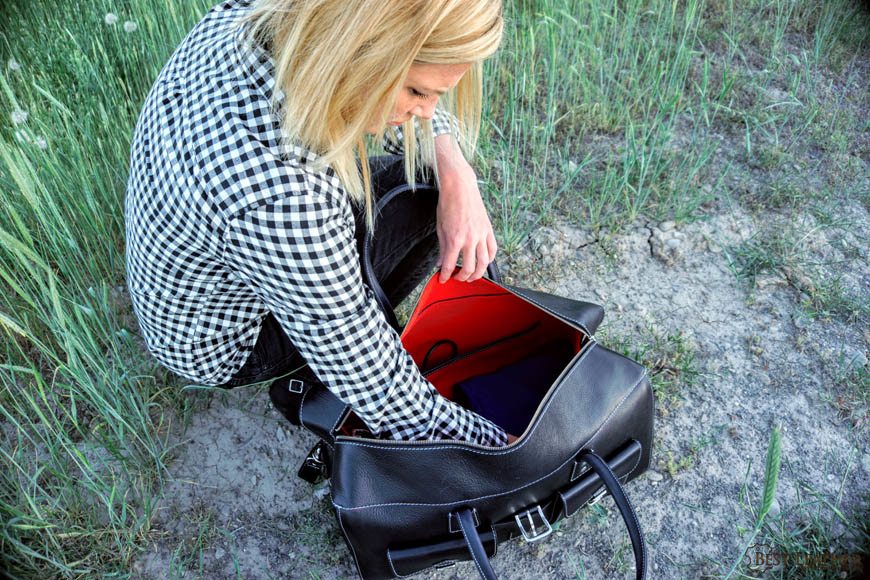 I asked Kamal about how fashion changes people’s perceptions, and he said, “You have no idea how many deals I’ve closed in airports.” So his advice? “You gotta be proud, man. Get a suit and go out there and change the world.”

Kamal designed this bag to match that philosophy. It’s a bag that makes a statement.

I have the Bullet Black version, which has a rich and deep hue, and which shows the distinct patterns of wrinkles across the leather surface. The seams show the stitching, a white thread. And each stitch has its own unique but subtle length and angle–proof that it’s handmade. The felt interior shows through at the seams, splashing a nice accent color that you mostly only notice up close. Overall, it has an exotic feel, a tone reminiscent of the streets of Rabat or Marrakesh.

I rushed this bag’s review process because I wanted to tell you about it before the Kickstarter ended. That means I haven’t yet carried it around in a crowded public space, but I don’t doubt Kamal’s claims that it will turn heads. It really is a sharp looking piece of leatherwork.

The central evidence, though, is in the photos. You be the judge. 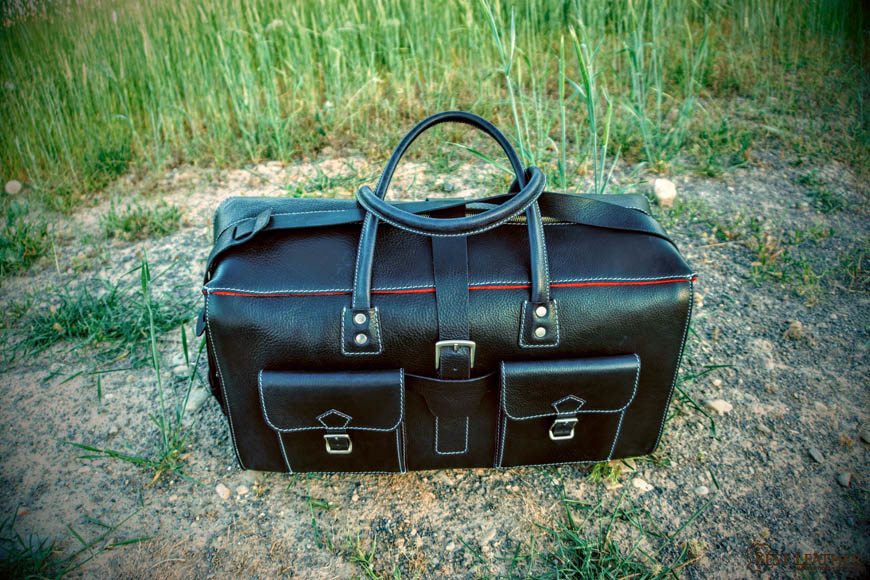 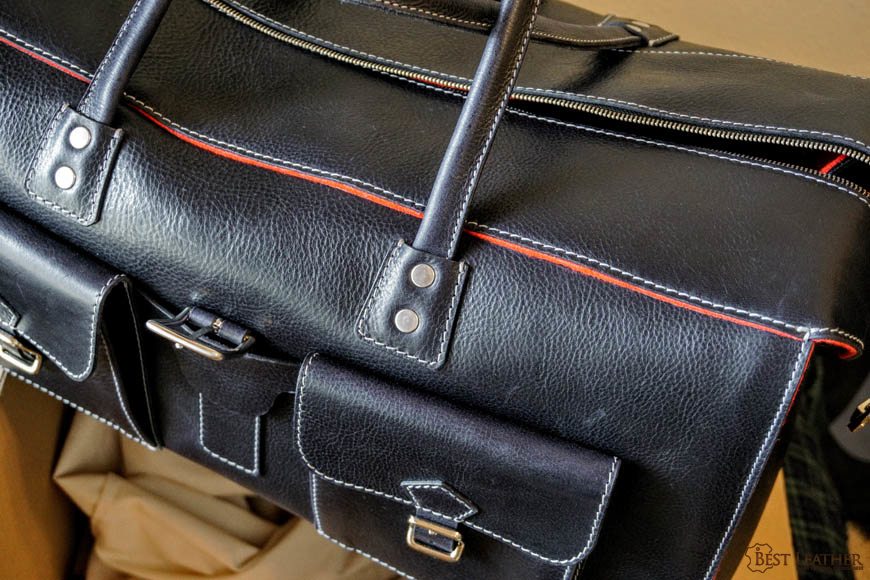 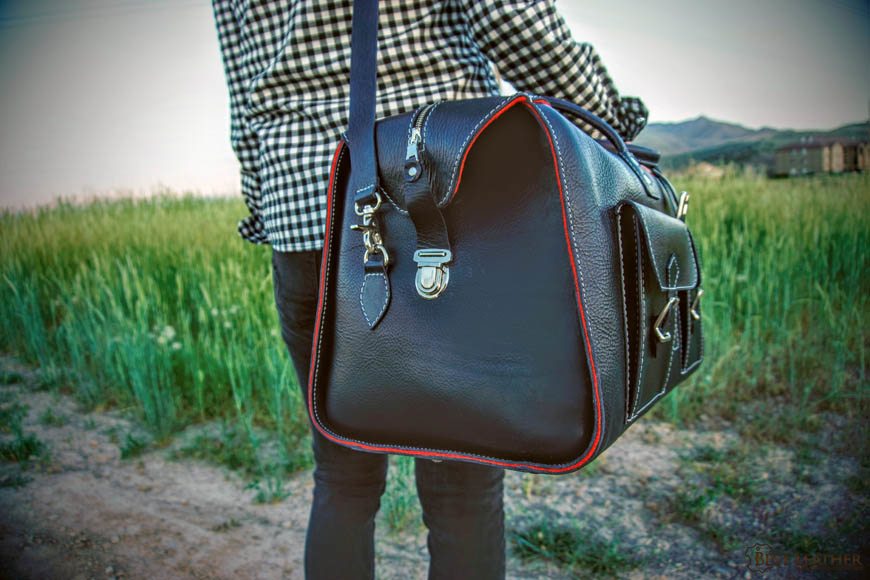 If you want a fashionable accoutrement, one made of heavy leather and with an exotic air, I recommend the Handmade Moroccan Leather Weekend Bag by Meqnes.

Personally, I love it. 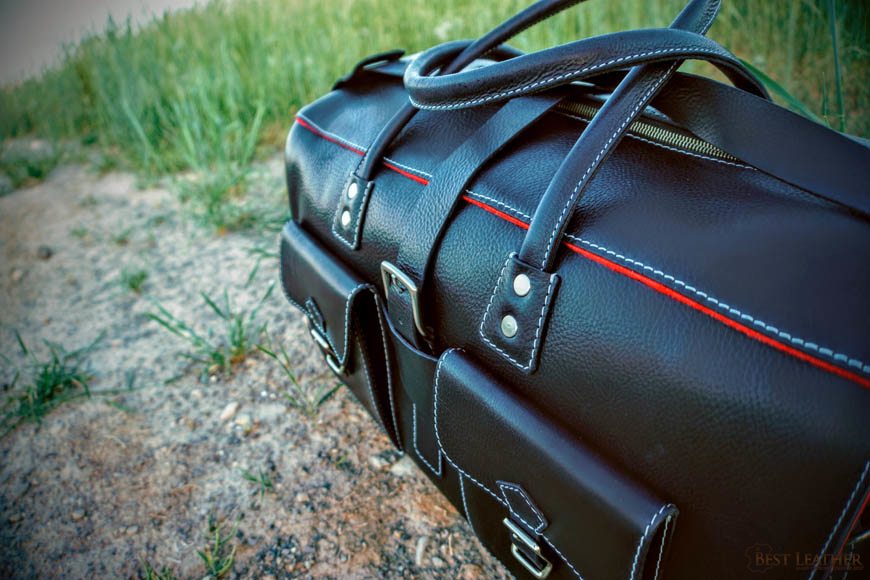 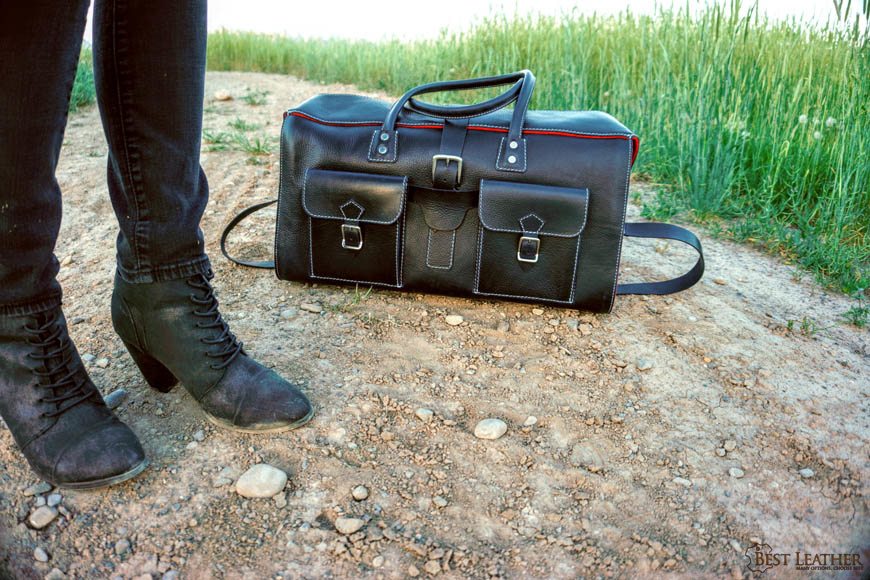