Ekster was founded in Rotterdam and inspired by a bird called the “Magpie”, also known as an “Ekster” in the Netherlands. Magpies are often referred to as “thieving magpies” due to their tendency to track down shiny objects such as jewelry and coins. This inspired their trackable wallet with anti-theft measures.

The Ekster Wallet is now on Kickstarter, featuring spring loaded card access, a slim profile, RFID/NFC blocking technology, and a tracker that synchronizes with your smartphone. Their goal has been met, but you can still take advantage of discount Kickstarter prices that are slated to ship mid-2016. 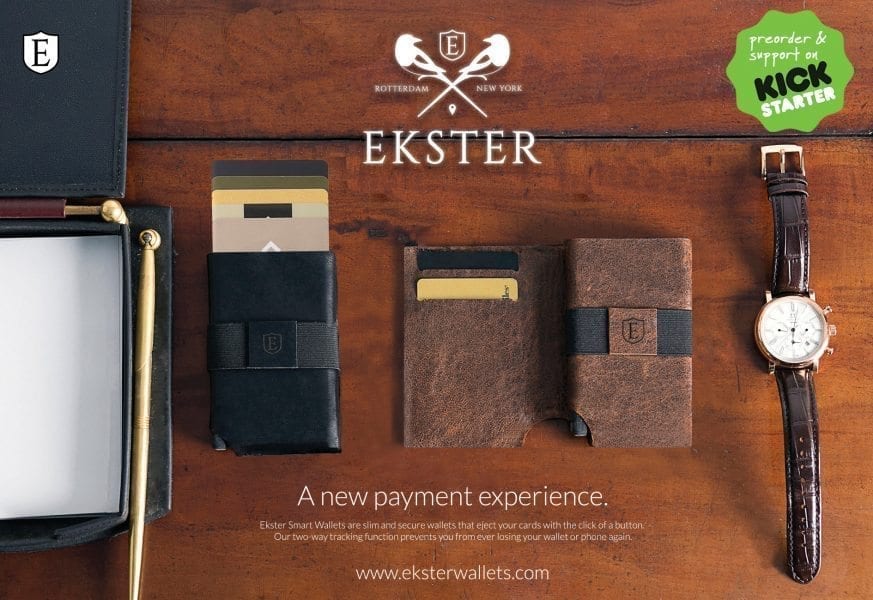 The tracker inside the Ekster wallet synchronizes with your iOs or Android phone via Bluetooth. The PROTAG app connects to your wallet — providing two-way protection. You’ll be alerted when you leave your wallet behind and can ring or locate it with the map function. Lost your phone? When pressing the reverse tracking button on your wallet, your phone will start ringing — even when on silent mode. Ekster’s crowd GPS network will help you find your wallet when out of range. When a PROTAG user is within range of your lost item, you receive a GPS update. Ekster’s tracker battery lasts up to six months and is easily rechargeable using the slim, built-in USB port.

RFID Blocking
Credit and debit cards issued within the past decade have RFID and NFC technology embedded in them. Cards with this technology can be activated and duplicated from a distance, making your data vulnerable. The Ekster wallet blocks out all signals with its aluminum cardholder, keeping users protected against data theft.

Instant Card Access
Ekster wallets provide storage space for up to eight cards in the Senate edition and up to 12 cards in the Parliament edition. Users can enjoy quick access for up to five cards with the click of a button using Ekster’s spring-loaded mechanism.

Ekster smart wallets are available for preorder on Kickstarter. Early-bird pricing starts at $79 for the Senate model and $89 for the Parliament model in either coffee brown or black leather. Check out their Kickstarter for more details. 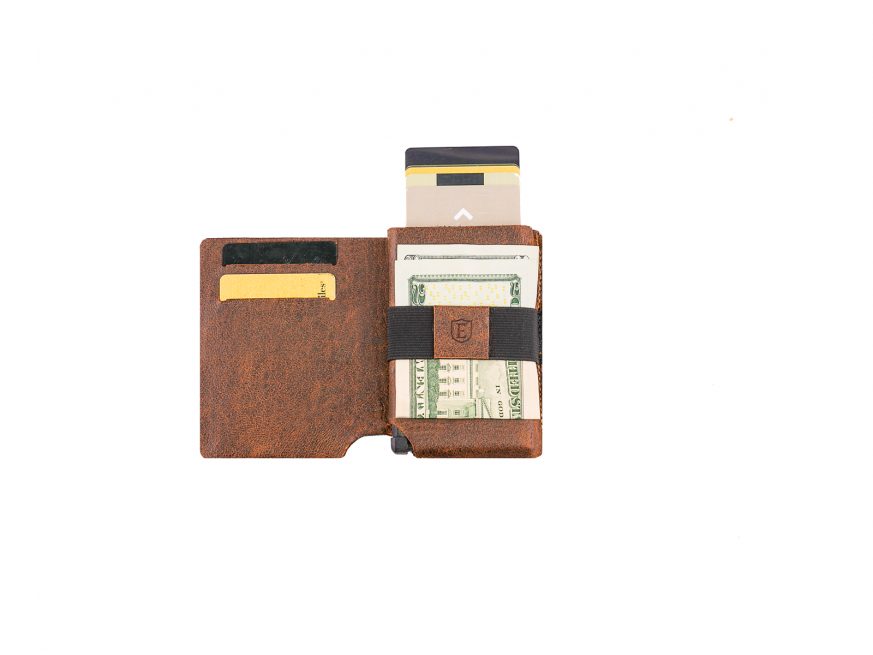 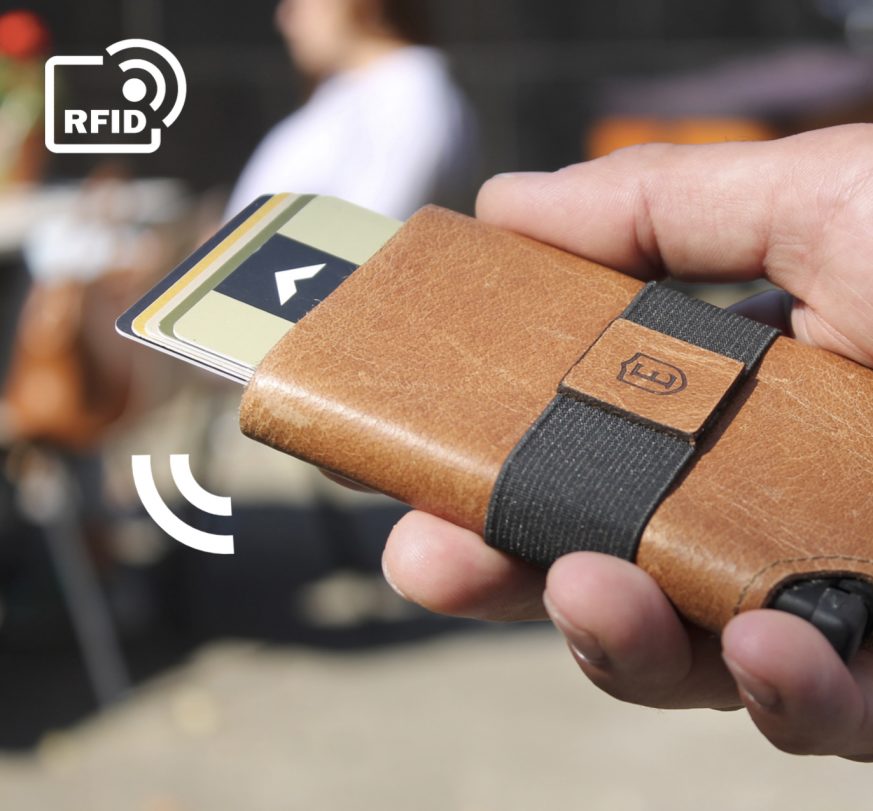