If you’re native to Pennsylvania, or pretty much anywhere in the Northeastern United States, you’re familiar with the invasive Spotted Lantern Fly which made its way over from mainland China. It’s a pretty large flying insect with a distinct red wing pattern. There are thousands of them and they are very hard to deal with. I had a cheap fly swatter from Dollar General that only seemed to annoy them. It was at that moment of utter despair that I recalled that Colonel Littleton offered a weapon formidable enough to take down just about any insect, the No.1 Flyswatter.

As the norm with Colonel Littleton’s leather drygoods, we see premium materials utilized for the No.1 Flyswatter. The paddle itself is made of thick bridle leather. The handle is made of American Oak that has been polished to a smooth finish. You can also get initials on the brass plate to personalize the swatter. If you’re feeling extra ritzy, you can even get the swatter in Alligator leather. 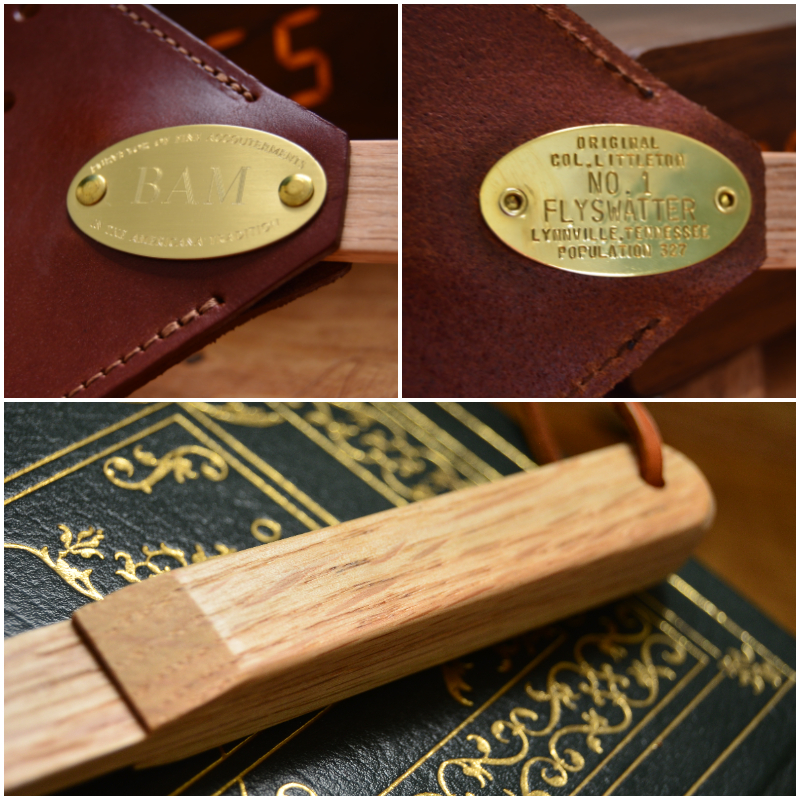 I was rather surprised by the engineering of the No.1 Flyswatter. The American Oak handle has just enough flex to really whip and enough rigidity for the follow through when striking. The 31 hole leather pad allows air to pass through, decreasing lag and ensuring maximum swattage. 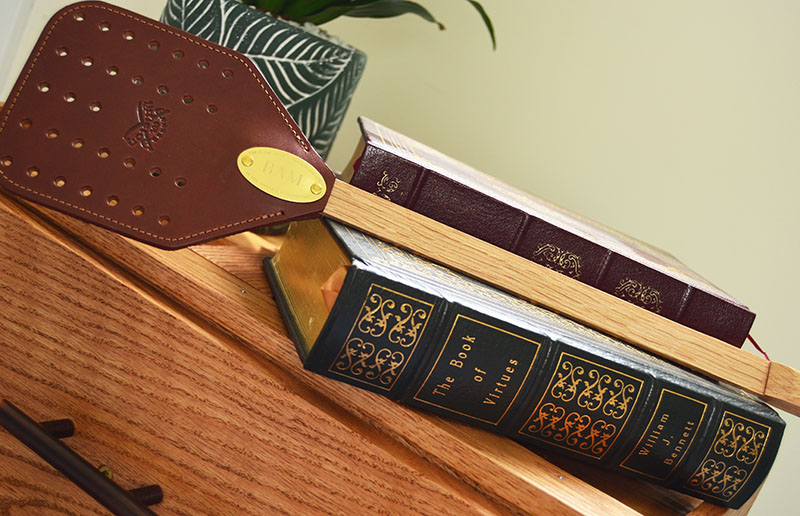 There’s a leather lanyard on the end as well to hang from a hook when not in use. I will say cleanup can be a little difficult if you decide to use this on larger insects, especially if you use too much force and splat them. The trick is to just snap enough to knock them out and dispose of. 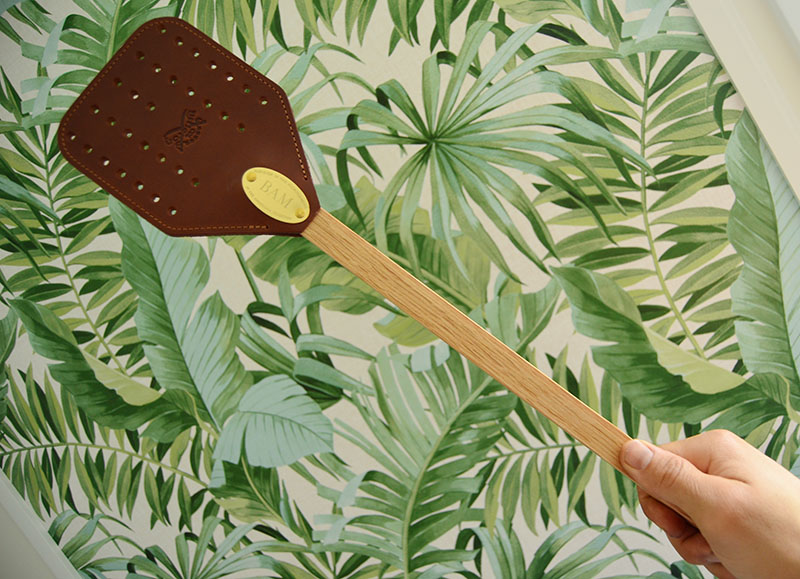 Normally looks are a moot point when it comes to fly swatters. If you’re lucky you’ll find a butterfly shaped head on a wire handle at your local drug store. The No.1 Flyswatter actually looks good just lying on your patio table and adds elegance to an otherwise tedious chore. This piece exudes quality and craftsmanship, and inherently a great conversation piece. 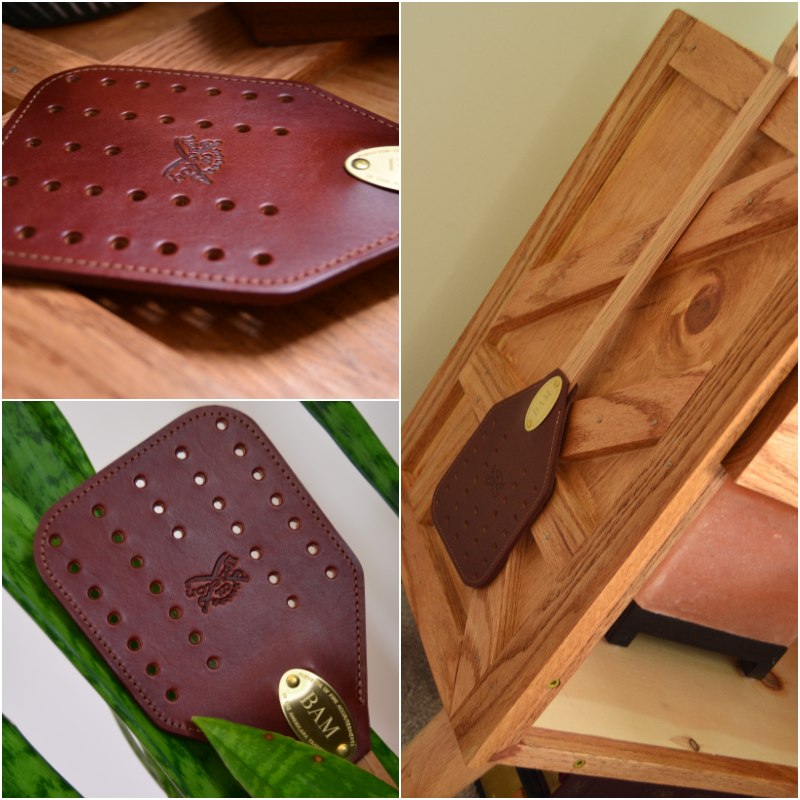 Colonel Littleton’s No. 1 Leather Flyswatter is definitely one of the most fun products we’ve featured in recent memory. The quality and execution is flawless. We love how they took a boring household tool and turned it into an heirloom. The pricing isn’t too bad and this will make a fantastic gift for dad or hubby. 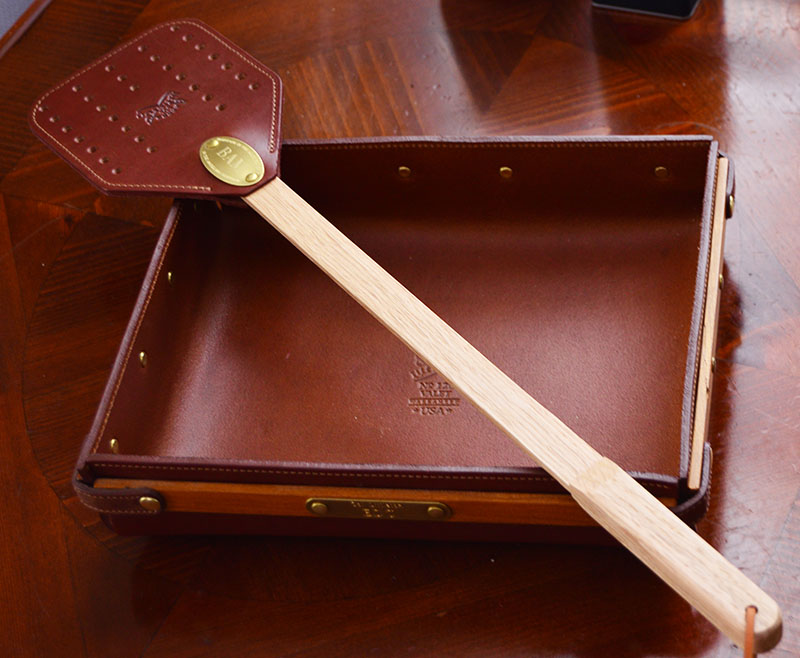