For the last 5 years, I’ve used a minimalist wallet called the Mojito.

It has gone head to head against many other wallet designs, and it won every fight.

So when I saw the Rose Anvil Claude Wallet on Kickstarter, I doubted it could beat the reigning champ.

But I tried the Claude, and I never looked back. 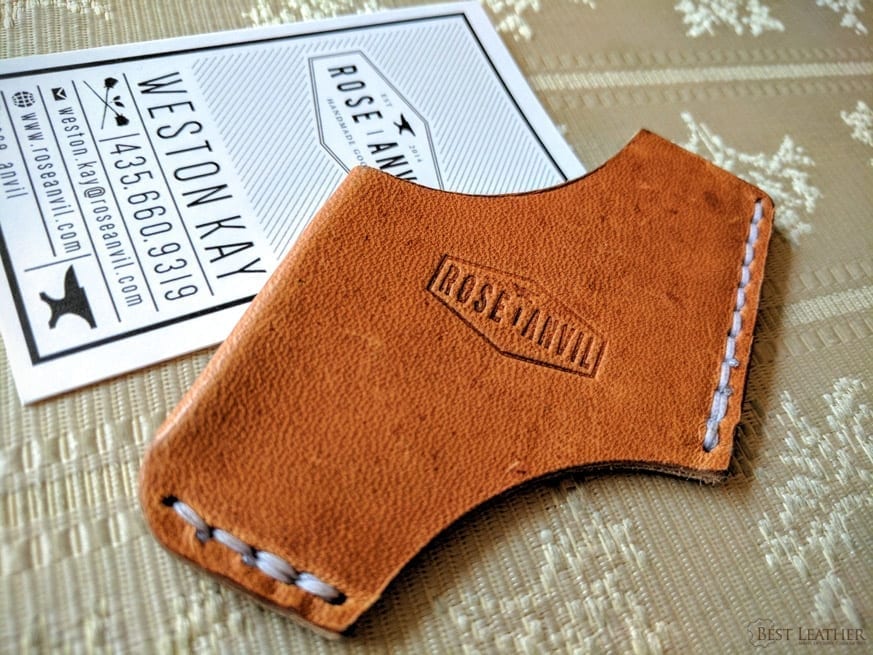 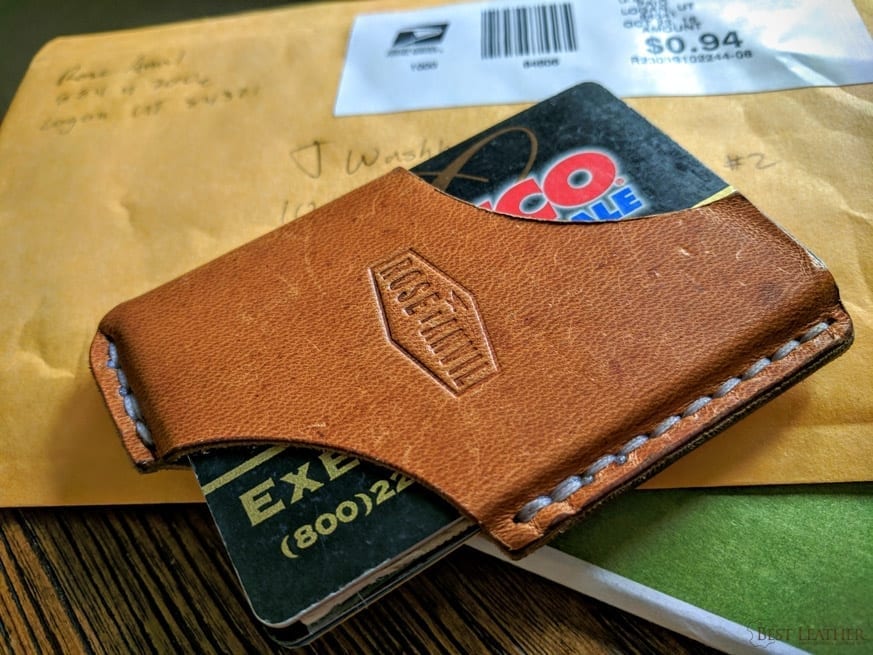 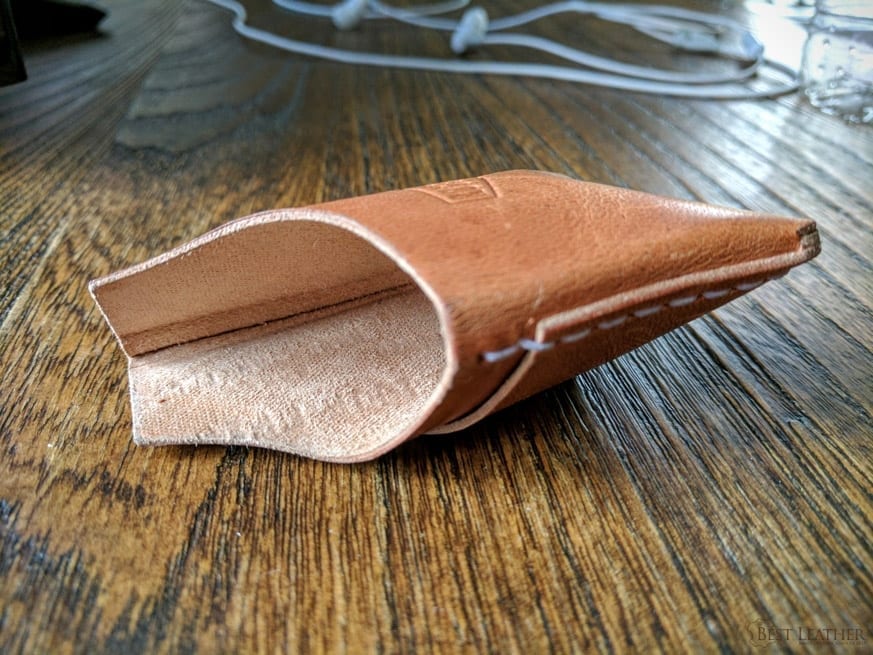 The body of the Claude is cut from a single piece of leather that’s folded on one side. The cash strap is a separate piece, sewn on the outside. I love that simplicity. Just two pieces, elegantly saddle-stitched together. (Just FYI, I actually haven’t used the cash strap yet, because I don’t carry bills, but I suppose you might.)

I was worried the angular design might mean it doesn’t hold the cards securely. But I’ve been carrying (and throwing) it around for several days, and it has a firm grip. The cards sit snugly and don’t shift around.

The Claude is also very thin, as advertised, which I thought might mean a compromise for strength, but it doesn’t. This leather is high quality. Sturdy but thin. Sometimes I can’t even tell whether it’s in my pocket because the mass is approaching zero.

It’s exactly what I’m looking for in a minimalist wallet. 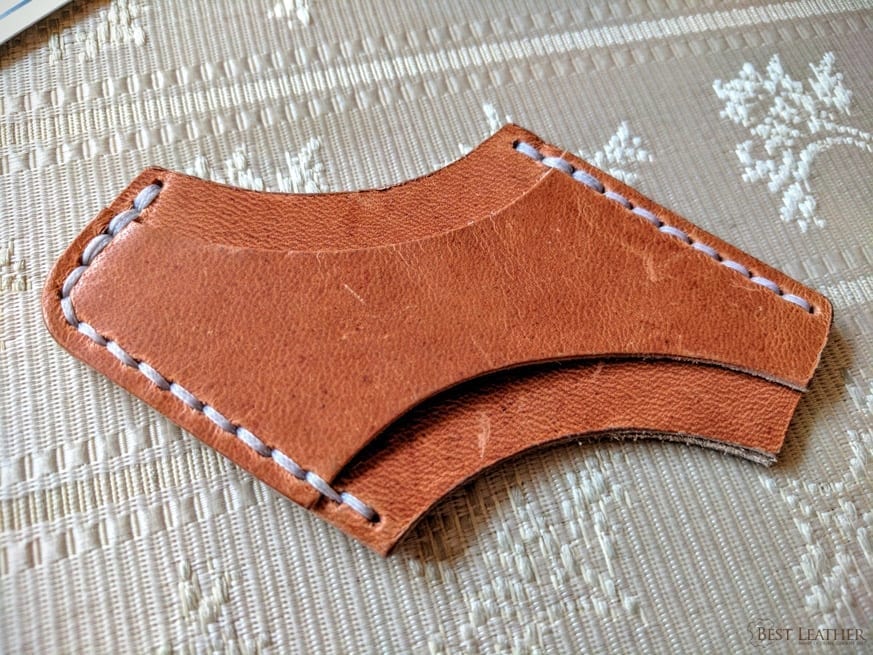 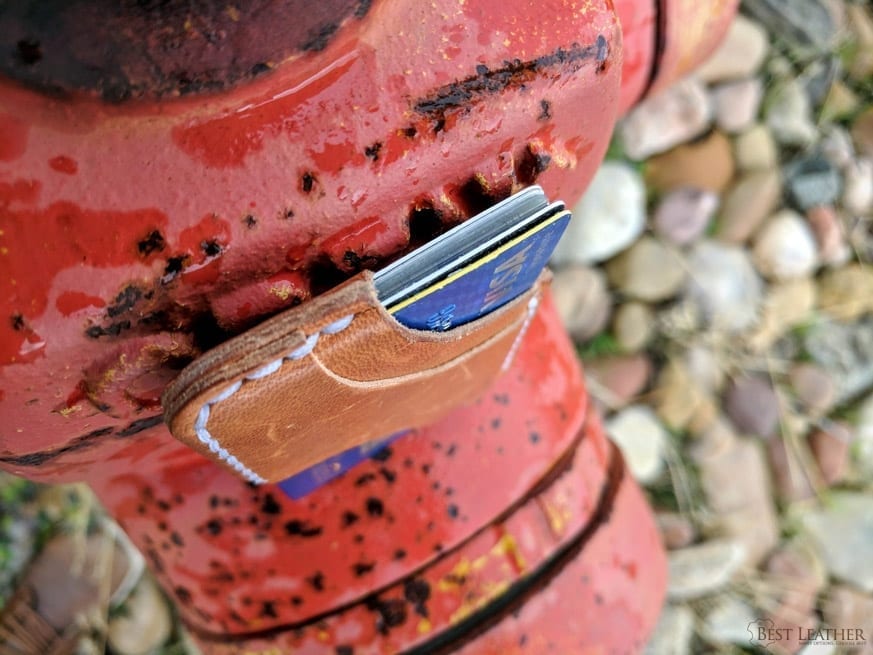 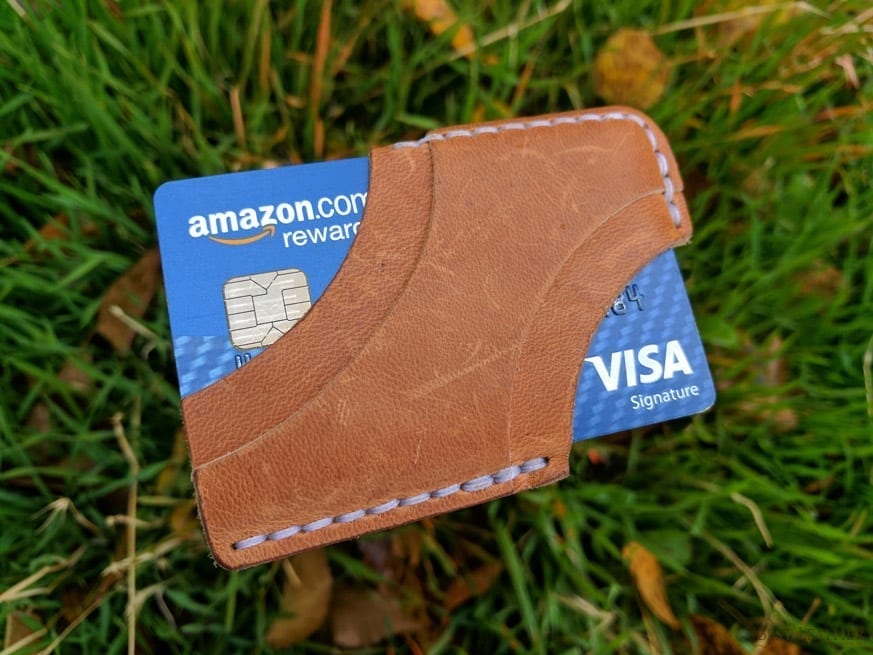 When I transitioned from the Mojito to the Claude, I had to drop 2 cards because they wouldn’t fit. I now carry 2 credit cards, 3 miscellaneous cards, a couple blank checks, and a guitar pick. I’ll round up and say that’s 6 cards. That’s pretty much the maximum for the Claude. If you jammed 7 or 8 cards into it, I’m sure the leather would stretch and you’d be fine, but my recommendation is to get down to 6 cards.

So take out your wallet and start counting them before you order.

That said, I like that this forced me to rethink what I was carrying with me every day. 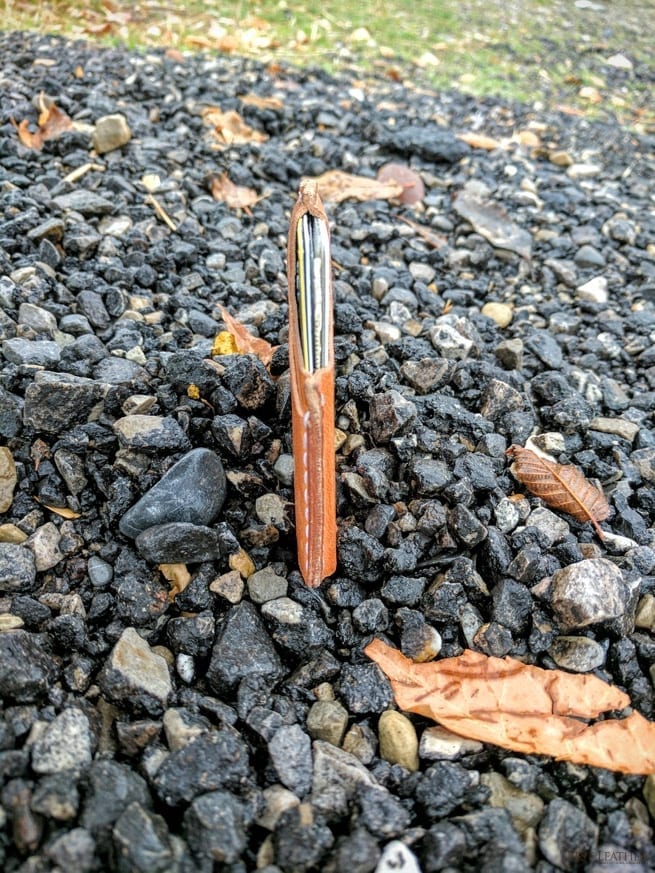 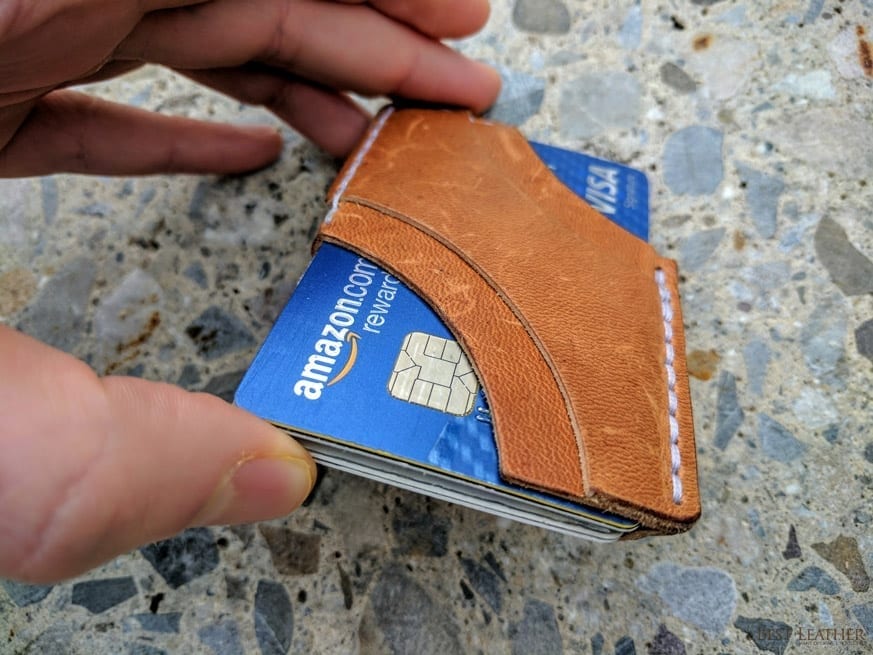 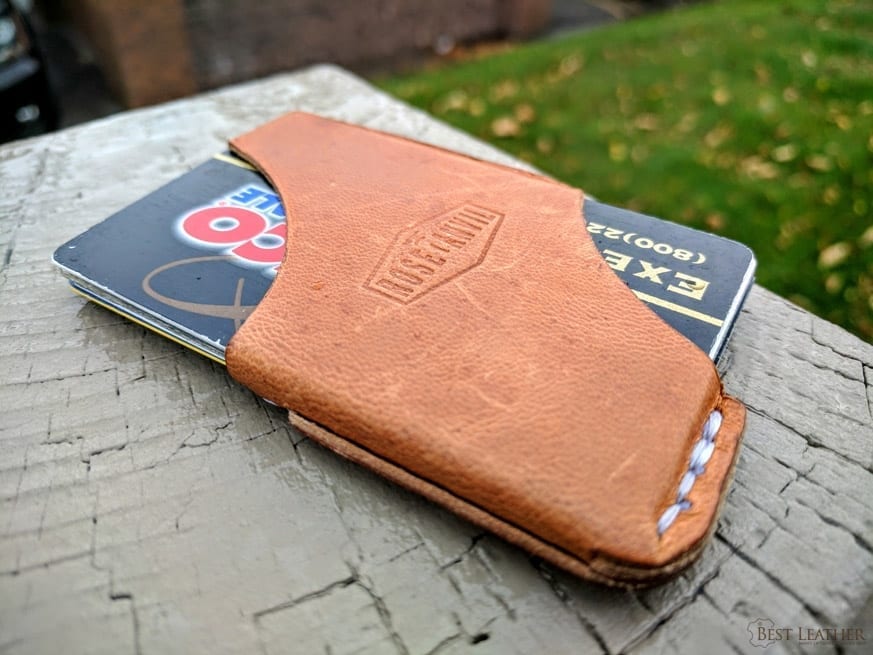 Christmas is coming up. The Rose Anvil Claude Wallet would make a great gift for the beloved minimalists in your life. If you want to get one, it’s on Kickstarter right now. The campaign is already completely funded, but it doesn’t hurt to contribute to the stretch goals.

I love this wallet. It looks great, works great, and it’s super thin. It’s easily worth $29. 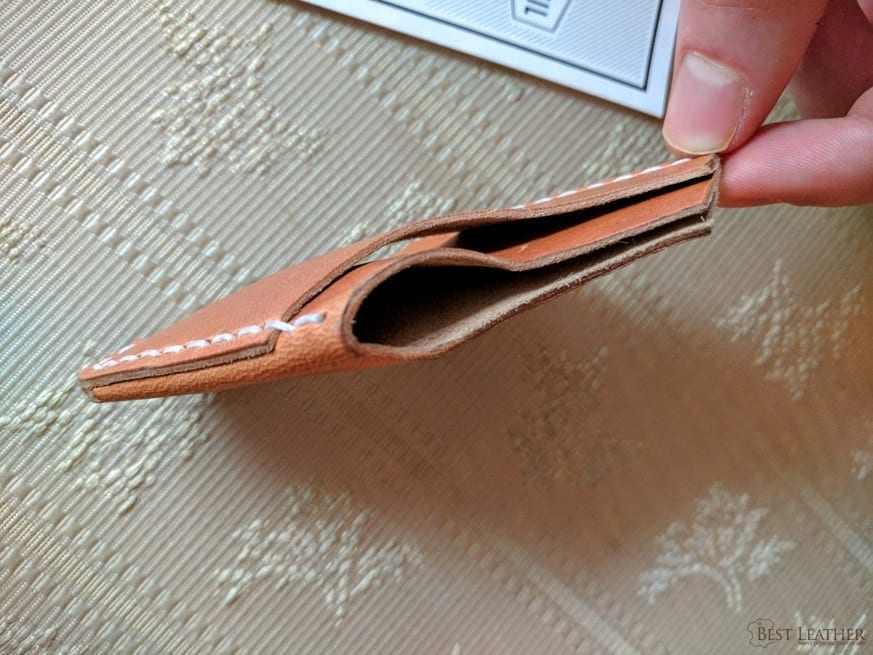 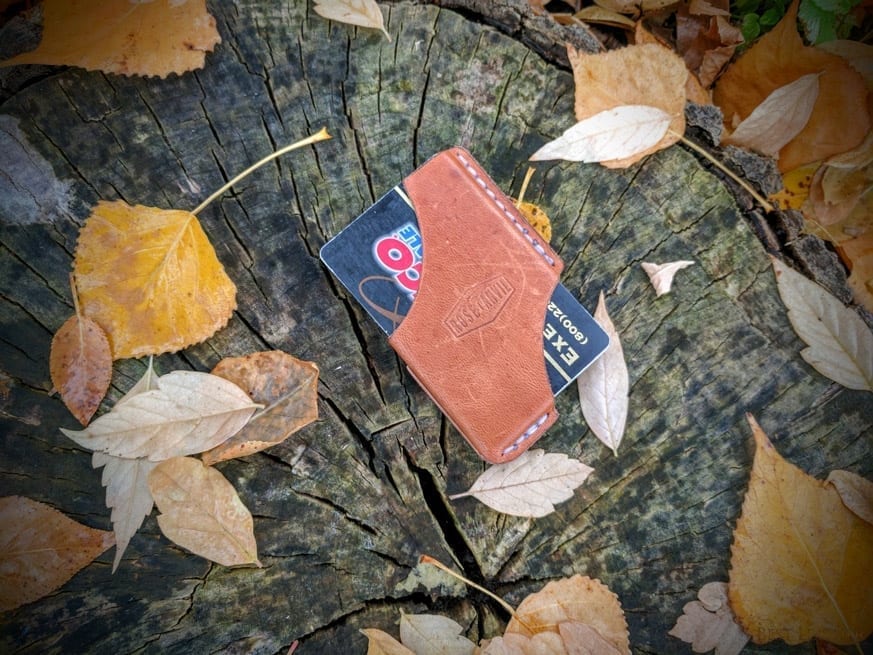 I’m a backer on Kickstarter. I’ve been using the Koyono Slimmy for over a decade. It’s still in great shape, and I love it. Wallets on Kickstarter are a dime-a-dozen, but this is the only wallet I’ve backed on there because it seems like it can deliver on the minimalism. Your review gives me high hopes! Thanks!